Accessibility links
Lawmakers Rip Gun-Tracking Effort In Mexico While Republicans in Congress and the Justice Department trade accusations over who approved the operation, the bigger effort to take down violent drug and gun traffickers is getting lost in politics. 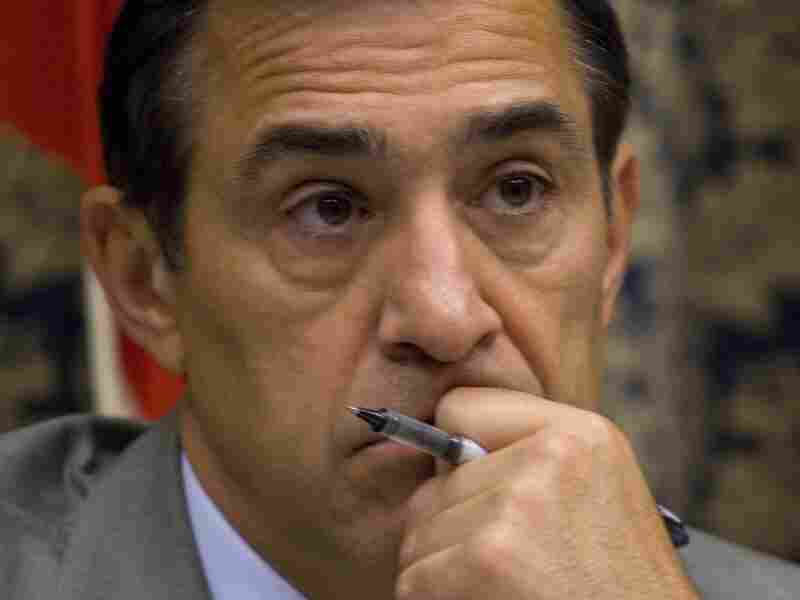 Rep. Darrell Issa and other Republicans in Congress are headed to Mexico on Friday to try to find more weapons purchased by straw buyers in the U.S. Harry Hamburg/AP hide caption 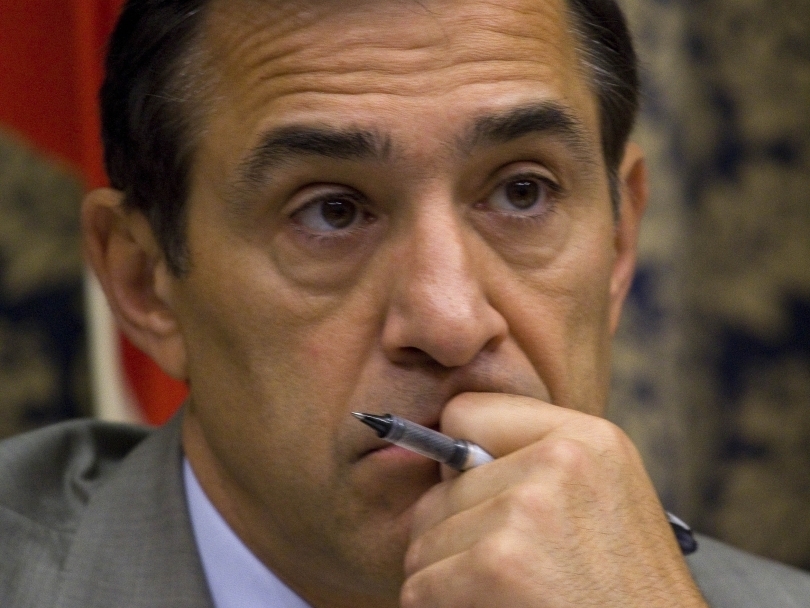 Rep. Darrell Issa and other Republicans in Congress are headed to Mexico on Friday to try to find more weapons purchased by straw buyers in the U.S.

The scandal is widening over a U.S. law enforcement operation that lost track of guns later discovered at crime scenes on the Southwest border. The Justice Department and Republicans in Congress are trading accusations over who approved the operation. But what's getting lost in all the politics may be the larger effort to take down violent drug and gun traffickers.

Last year, the Justice Department's inspector general criticized the Bureau of Alcohol, Tobacco, Firearms and Explosives for aiming too low in its investigations of gun trafficking along the border with Mexico. Federal agents were arresting lots of people — alleged straw buyers — for purchasing guns in the U.S. under false pretenses. They got minimal, if any, prison time from judges swamped with cases.

Many of those weapons tied to the straw buyers eventually found their way to violent drug gangs that operate in Mexico. But, for legal and practical reasons, investigators usually stopped well short of those big targets, or what lawyer Paul Pelletier called "the head of the snake."

"In all these cases, when you're talking about straw buyers, or straw purchasers, you're talking about people who are very fungible," says Pelletier, a prosecutor for 27 years who recently joined the Mintz Levin law firm in Washington, D.C. "You can arrest and charge and convict a hundred straw buyers and you're not going to have an impact on the organization, you're not going to help public safety."

That's where the operation, Fast and Furious, comes in. The big multi-agency law enforcement operation was supposed to watch the flow of guns from small fish in the U.S. to big fish in Mexico, using bold strategies such as wiretaps and real-time video surveillance of gun shops in Arizona.

Then, in December, two weapons traced to a man under investigation for straw purchases were found in Arizona, near where U.S. Border Patrol agent Brian Terry died in a gunfight. Things only went south from there.

Republicans in Congress pounced on the issue of who knew what, when. California lawmaker Darrell Issa, chairman of the House Oversight and Government Reform Committee, argued earlier this month that ATF Acting Director Ken Melson had paid close attention to the operation.

"With this information, Acting Director Melson was able to sit at his desk in Washington, and himself watch a live feed of straw buyers entering the gun stores and purchasing dozens of AK-47 variants," Issa said.

Melson, a career prosecutor who has worked under Democrats and Republicans, has been facing calls to resign over the Fast and Furious operation. But so far, he's not budging.

An ATF spokesman issued a written statement saying that Melson "continues to be focused on leading ATF in its efforts to reduce violent crime and to stem the flow of firearms to criminals and criminal organizations."

Former ATF agent Mike Bouchard says that sounds about right to him.

"It's troubling that people are making decisions about an investigation and investigative tactics when all the facts aren't out there," Bouchard says. "If people don't agree with the tactics or how it was handled after all the facts are out there, that's one thing. But they're only hearing one side of the story."

Current and former federal officials say their hands are tied because of weak U.S. gun laws. Possessing a gun isn't a crime, unlike, say, possessing cocaine. And, to bring a prosecution, the government must demonstrate that a straw purchaser had bad intentions.

"No legitimate examination of this issue would be complete without examining our nation's gun laws, which allow tens of thousands of assault weapons to flow from the United States to Mexico every year," Maryland Democratic Rep. Elijah Cummings says.

Meanwhile, the criminal investigation of gun networks along the border is still going on. Twenty straw buyers have been charged and are set to go to trial next year. The current and former officials say they expect indictments of more senior figures in the U.S. and Mexico within the next couple of months.

But that could come too late in a Washington scandal machine already well under way. This week, The Daily Show's Jon Stewart took on the theory behind Fast and Furious.

Issa and other Republicans in Congress are headed to Mexico on Friday to meet with government officials there. They'll also try to find more weapons purchased by straw buyers in the U.S. that turned up at crime scenes south of the border. The Los Angeles Times and Fox News reported two AK-47s had been found at the scene of a shootout in Mexico, as authorities there tried to apprehend suspects they believe killed a prominent Mexican lawyer.

Issa and ATF whistle-blowers who protested to no avail with their supervisors in Arizona say the number of Fast and Furious guns still unaccounted for could top 1,000. But authorities are telling Congress the numbers could be far lower. Documents obtained by NPR and provided to lawmakers suggest that 568 weapons tied to Fast and Furious have been located: 372 in the U.S. and 196 more in Mexico.

Meanwhile, Attorney General Eric Holder has asked the inspector general to investigate the program and, according to a spokeswoman, "made clear to law enforcement agencies and prosecutors working along the Southwest border that under no circumstances should guns be allowed to cross the border into Mexico."

Issa and Sen. Charles Grassley (R-IA), who are taking the lead on oversight issues with the Fast and Furious operation, say they're determined to find out who in the Justice Department approved the operation. In response to a Washington Post report this week, Issa spokesman Frederick Hill says the congressman had attended a classified briefing in April 2010 on border issues, but that no one he has spoken with remembers Fast and Furious being mentioned.

An April 2010 email from ATF officials sent before the classified briefing asked for a half-page synopsis because "one of the cases [the ATF briefer] will be talking about will be Fast and Furious."

One thing's for sure: Issa and Grassley say they're planning more hearings this summer.