Accessibility links
Will Johnson, Man Of Many Bands, Embraces Discomfort The prolific leader of Centro-Matic and South San Gabriel says his most awkward musical moments, both when writing and performing, are often his most gratifying. 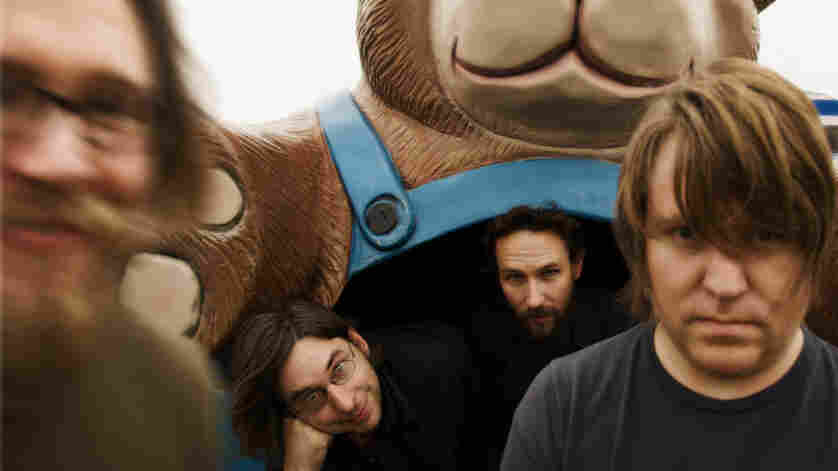 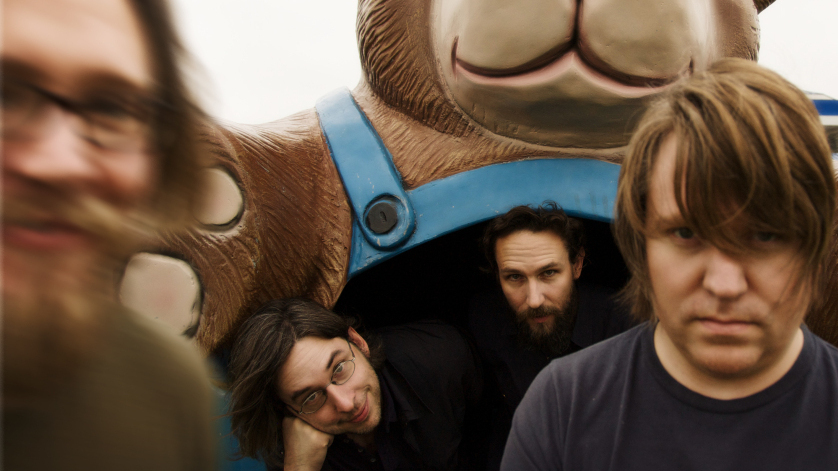 Will Johnson (second from right) with Centro-Matic. The band's new album is called Candidate Waltz.

Will Johnson may be one of the hardest-working people in indie rock. He leads two bands, records as a solo artist and plays as a sideman in a host of other projects. Johnson is originally from Denton, Texas, and his music — be it the lonesome balladry of South San Gabriel or the rock 'n' roll machine that is Centro-Matic — is inspired by the distinctive sounds of that state.

Johnson is currently on tour with Centro-Matic for its latest album, Candidate Waltz. He tells Weekend All Things Considered guest host Rachel Martin that he took on a new challenge in writing this set of songs: He used a bass, rather than a guitar, as his composition instrument.

"It felt a little strange and uncomfortable at first, and that's when I knew that really it was the right choice," Johnson says. "It definitely changed some of the directions that I chose vocally, and that [the band] chose in respect to the rhythm. It opened things up a little bit more to my imagination."

Johnson says he tried some other new things this time around. His lyrics for Centro-Matic are often angular and abstract, but for "All the Talkers," he wrote in a more narrative style. The song is about the moment when a band wins over an indifferent crowd, which Johnson says came from his own experiences on the road.

"Sometimes you just have to look at your friends and kind of pull the rip cord, play the rock show and hope that it translates," Johnson says. "I can kind of sense that sometimes when I go see bands. I sense that they're a little frustrated. It's kind of exciting to see caution thrown to the wind, and to see them turn the room around in the course of a few songs."

Of course, those experiences are more the exception than the norm. Johnson says that sometimes, bands have to accept the reality of playing to a dead crowd — but that, with the right attitude, those moments can be gratifying.

"You just fear that no one is listening and no one cares," he says. "So you turn inward and at least enjoy yourselves for that hour and a half of the day where you get to put on the guitars and play."