Accessibility links
Big Bill Broonzy: History's Musical Chameleon He was a father figure to many blues legends and an acknowledged influence on rockers such as Eric Clapton and Pete Townshend. A new book documents the late singer's transformation from blues man to folk balladeer, and uncovers longstanding misconceptions about his life — some of them concocted by Broonzy himself. 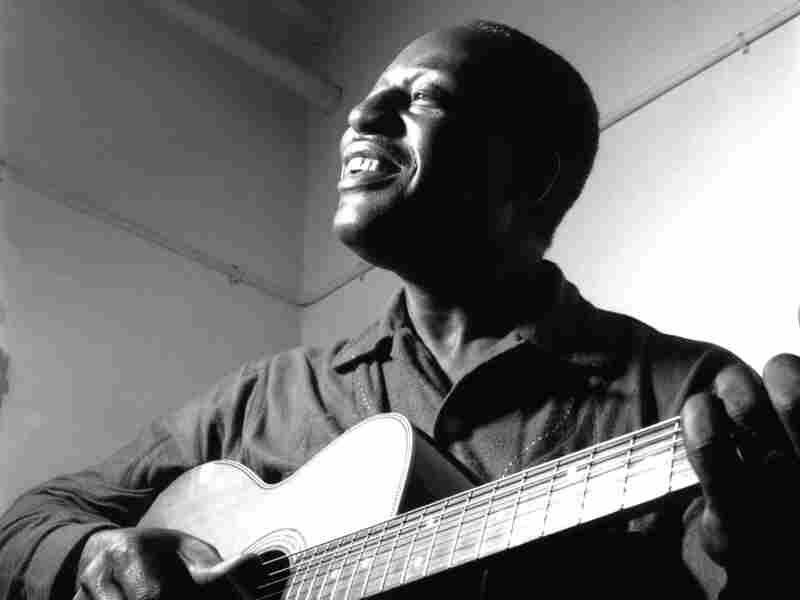 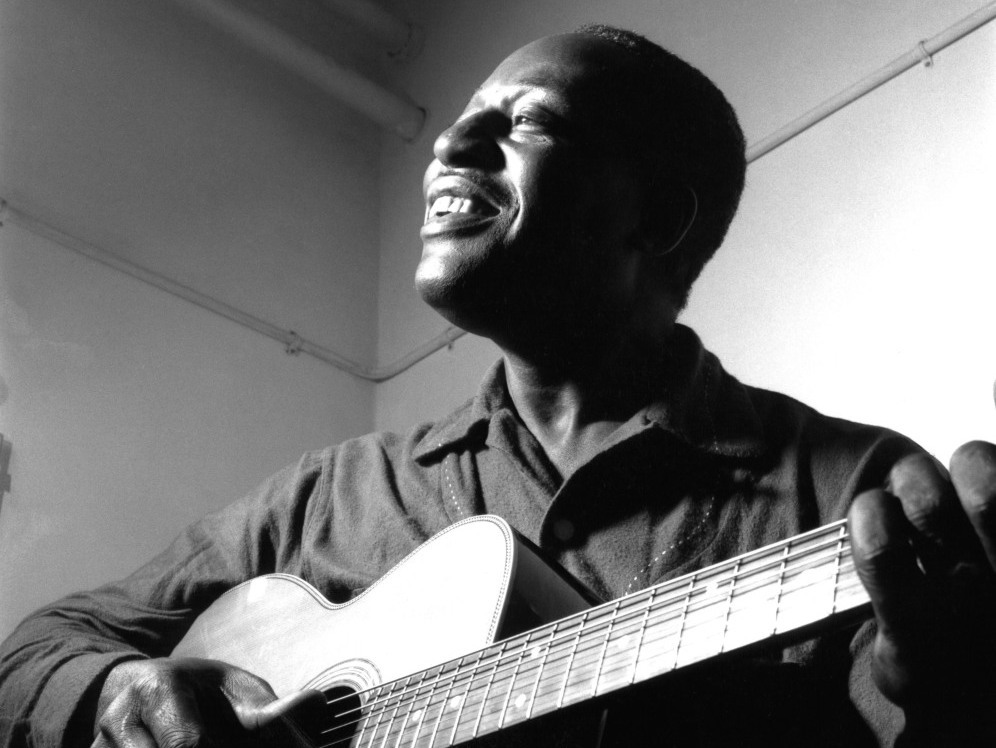 Big Bill Broonzy was one of America's most popular blues musicians — a father figure to many blues legends and an acknowledged influence on rockers such as Eric Clapton and Pete Townshend. Yet Broonzy's life has remained something of a mystery until now. A new biography called I Feel So Good: The Life and Times of Big Bill Broonzy traces the musician's path from the rural South to the South Side of Chicago. Author Bob Riesman's decade of research has yielded some surprising results.

Broonzy landed in Chicago sometime in the early 1920s, playing acoustic country blues. He was an accomplished guitarist, and his sense of showmanship at dances and on his early recordings made him a popular entertainer with black audiences.

"This big giant of a guy came in the doorway with a guitar in his hand," Arnold says. "And he was muscular, not fat. Black as midnight. Smiled all the time, and seemed to be a very jolly guy."

By then, the older musician had switched from acoustic to electric guitar and adapted to the slower urban blues style. Broonzy became the king of the Chicago blues scene. But it wasn't long before the king lost his crown.

A younger generation of blues performers was starting to pack audiences into South Side clubs. Arnold says everything changed in 1950 with the release of Muddy Waters' "Rollin' Stone."

"It was real powerful and lowdown as you could get," Arnold says. "And, you see, the people really liked that, 'cause that's what they feel in they heart."

So Big Bill Broonzy changed his musical direction. Chicago was home to a growing folk scene, fueled by young, white intellectuals. It was a time when performers were using music as a tool for social change. And Broonzy was inspired to write what would become one of his most memorable songs, "Black, Brown and White Blues":

This little song that I'm singing about
People you all know it's true
If you're black and gotta work for a living
This is what they will say to you
They says, "If you're white, you're all right
If you're brown, stick around
But if you're black, oh brother,
Get back, get back get back"

"Black, Brown and White Blues" was probably heard more by white audiences than black. And in spite of the song's pointed critique of discrimination, there were some in the black community who didn't appreciate Broonzy's shift into folk music.

"I didn't like the folk stuff that he was doing," Arnold says. "And he didn't play that 'Jimmy Crack Corn' in no black clubs, because that wouldn't have went over no kind of way."

But Broonzy biographer Bob Riesman says the singer's new focus was just a demonstration of his versatility — and his instinct for survival.

"I don't think he would have seen that as compromising his integrity in any way," Riesman says. "He was a working musician."

Broonzy changed more than his musical style. Throughout his life, the singer also altered parts of his personal history. During a lengthy recording session in 1957, he told some compelling stories about his childhood in rural Mississippi and about the songs he learned from his parents, who he said were slaves. But Riesman says the singer didn't really come from Mississippi, his parents were not slaves and his name wasn't Broonzy.

"It turned out that he was Lee Bradley of Jefferson County, Ark., about 60 miles southeast of Little Rock," Riesman says.

After 10 years of research, Riesman says he's come to reconcile the facts of Broonzy's life with the stories the musician told.

"He treated his life story as a set of fluid possibilities, as opposed to fixed events," Riesman says. "And his imaginative powers were formidable. As Studs Terkel said, 'Bill is telling the truth — his truth.' "

By the mid-1950s, Broonzy was captivating audiences across the U.S. and Europe with his songs and stories. But his newfound success wouldn't last much longer. The singer's health started to deteriorate due to a cancer that was spreading through his lungs.

A Chicago radio personality, Studs Terkel oversaw Broonzy's final recording session, which had been set up by a Cleveland disc jockey. Bill Randle was nationally famous as a pop-music hit-maker, having boosted the careers of The Crew Cuts and Pat Boone. In a 1999 interview, the late Randle said financing the Broonzy sessions was partially an act of penitence.

"In the course of it, I guess I developed what you would call a cultural guilt complex," Randle said. "And also, I had the money. So I decided that I would just do some things that I thought should be done. And one of them was to record Big Bill Broonzy. I didn't know he was sick."

Lessons In The Afterlife

The morning after the final session, Broonzy went into the hospital; he died about a year later in 1958. His funeral was an event. Gospel great Mahalia Jackson sang a hymn. His pall bearers included Muddy Waters, Tampa Red, Studs Terkel and Chicago folk legend Win Stracke. Stracke's daughter, Jane, recalls that this image of racial harmony was deliberately designed.

"My father made sure that there would be three white pall bearers and three black pallbearers," she says. "And he did it very consciously. He wanted it to be kind of a lesson."

As the crowd at the Metropolitan Funeral Parlor sat in quiet reflection, the room filled with the sound of Broonzy himself, singing a spiritual taken from the Randle recording session.

"The reporters for both of the Chicago newspapers used exactly the same phrase," he says, "which was, 'Big Bill Broonzy sang at his own funeral.' "

At the end of a life that spanned thousands of miles, a range of musical styles and a chameleon-like ability to adapt when others told him not to, Big Bill Broonzy got the last word.