Accessibility links
A Chinese Dissident Is Freed, But He's Still Not Free Ai Weiwei has bluntly accused the Chinese government of corruption, coercion, and cover-ups. After his release from prison this week, he refused to speak publicly and shut down his Twitter account. But Ai's art goes on talking. 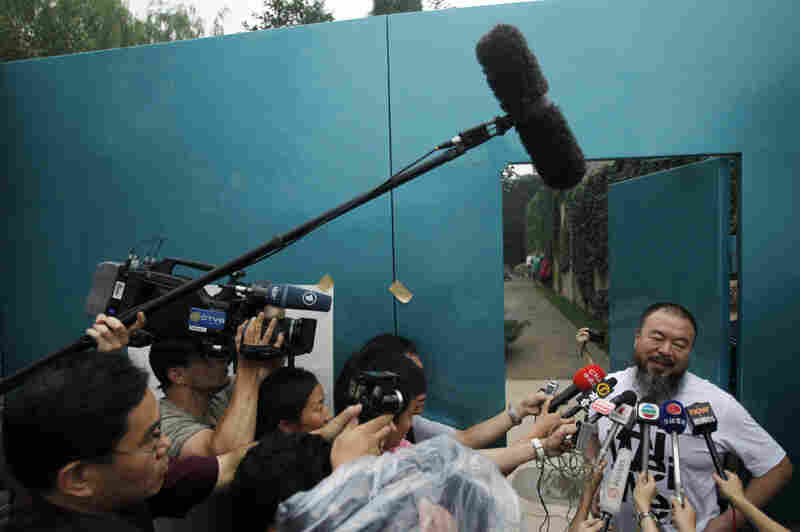 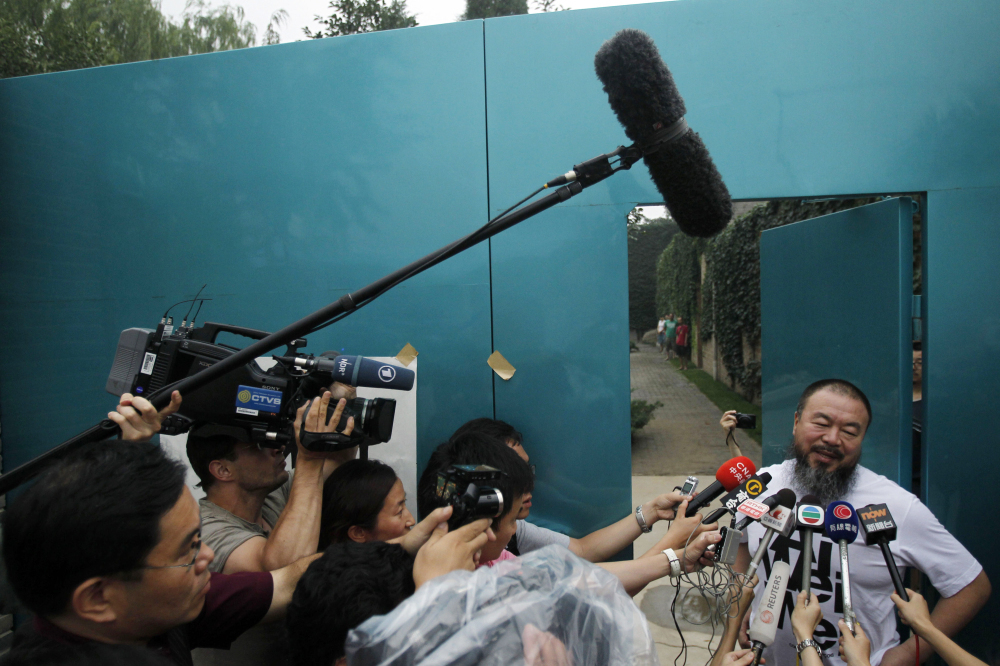 Ai Weiwei, the Chinese artist and human rights activist, was released from prison late Wednesday night, and told western reporters, "In legal terms, I'm — how do you say? — on bail. So I cannot give any interviews. But I'm fine."

The state news agency says Mr. Ai was released after 80 days "because of his good attitude in confessing his crimes," which the state says is tax evasion, though he was held by the internal security bureau.

Mr. Ai, who is 54, has bluntly accused the Chinese government of corruption, coercion, and cover-ups. But this week Ai Weiwei has refused to speak publicly and shut down his Twitter account.

"He has a Damocles sword hanging over his head," says Nicholas Bequelin of Human Rights Watch in Hong Kong. "Any time he opens his mouth, he puts himself in danger."

It's understandable why Mr. Ai would try to elude that sword. His arrest provoked strong statements from presidents and parliaments. But the Chinese government is not much swayed by speeches, petitions, polls, or even shame. They kept Lu Xiabo in prison last year while officials in Oslo placed his medal for the Nobel Peace Prize on an empty chair.

Several recent cases suggest the Chinese might be developing what amounts to a policy of "catch and release"—with restrictions.

Zhao Lianhai, who criticized the Chinese government for covering up a tainted milk scandal, was released from prison last year after he said, "I support and thank the government, and I feel deeply sorry for the remarks I made against the government in the past."

He agreed not to speak about his case. But just three months later, Mr. Zhao tweeted, "I'm ashamed of myself. I cannot stay silent anymore. I'm ready to go back to prison. I would rather die than give in."

We use that phrase—"I'd rather die"—so casually in America. We can scream to the press, sue the government, and try to get rid of corrupt or brutal public officials without ever thinking that we will really die for it. But in China, people already have.

Ai Weiwei's sister has told reporters, "All I care about is that he's home now." She knows that you can never assume that anyone inside a Chinese prison will be safe, or ever get out.

His piece, Circle of Animals, is on display at London's Somerset House this weekend: the 12 animal heads of the Chinese zodiac. But the mouths of the dragon, rat, and other animals of the Chinese calendar are open and animated—like they're talking. And Ai Weiwei has carved below, "Without freedom of speech there is no modern world, just the barbaric one."