Accessibility links
Peru Village Sees Few Gains From Natural Gas Project The Camisea gas project funnels millions of dollars into government coffers and promises Western development to Peruvian communities. There have been schools, health clinics and other initiatives. But the benefits are hard to see in the village of Shimaa. 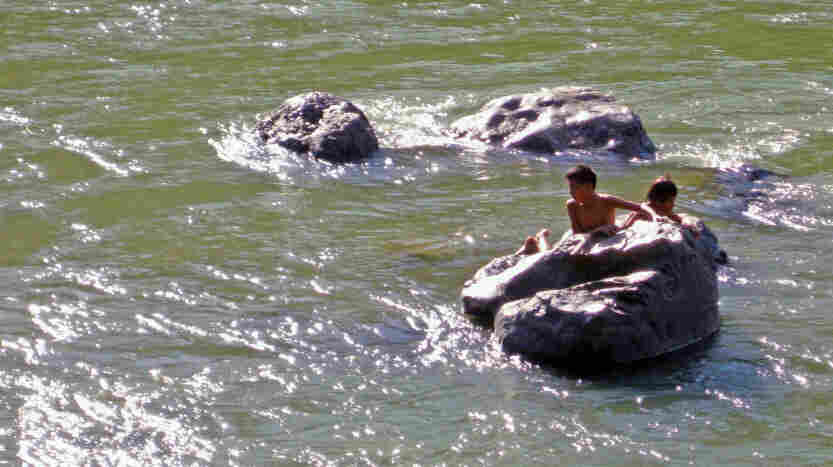 Two children from the Machiguenga village of Shimaa play in the nearby river. Pollution from the Camisea natural gas pipeline has caused problems for native fish and has affected food security in Shimaa. Annie Murphy/NPR hide caption 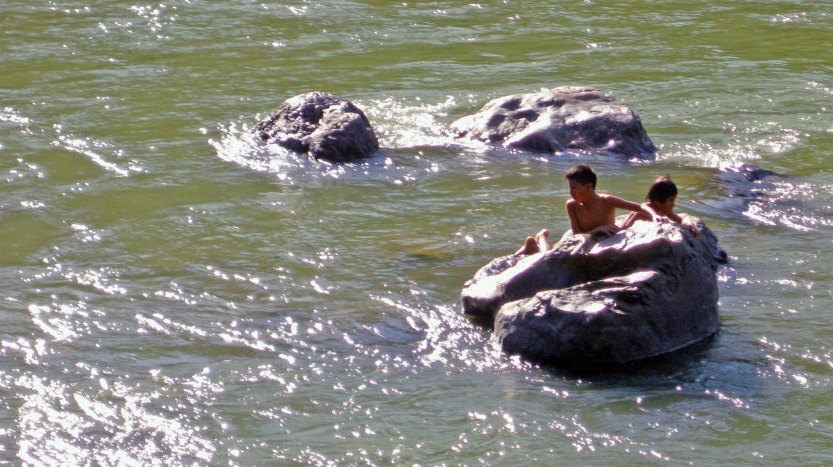 Two children from the Machiguenga village of Shimaa play in the nearby river. Pollution from the Camisea natural gas pipeline has caused problems for native fish and has affected food security in Shimaa.

Several days' travel from the ruins at Machu Picchu, dropping into the thick heat and greenery of the upper Amazon, lies the Peruvian village of Shimaa. Dozens of simple buildings hug a hillside above a river. Far below, a few children play on a soccer field at the water's edge.

The nearby Camisea gas fields hold over 10 trillion cubic feet of natural gas. The pipeline that carries it out lies right under Shimaa, home to the indigenous Machiguenga.

Mariana Masuyu, a slender, freckled mother of four, says her life is getting harder because of the gas.

"Before the gas companies came, there was plenty of fish in the river, and I'd go fishing with my husband," she says, speaking through a translator. "That's how we'd feed our kids. Now that the gas is being pumped out, there's contamination, and there aren't enough fish to feed us.

"So the only option is to go to the market and buy canned tuna and noodles. That's how we survive."

The Camisea gas project funnels millions of dollars into government coffers and promises Western development to local communities. There have been schools, health clinics and other initiatives. But the benefits are hard to see in Shimaa: There's noise pollution from helicopters that fly overheard, scaring away wildlife, and water pollution from gas spills and erosion. 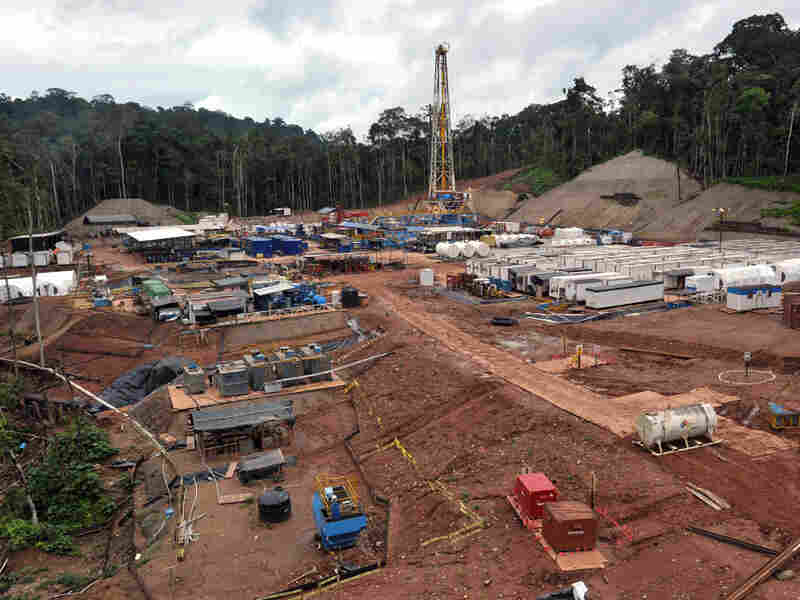 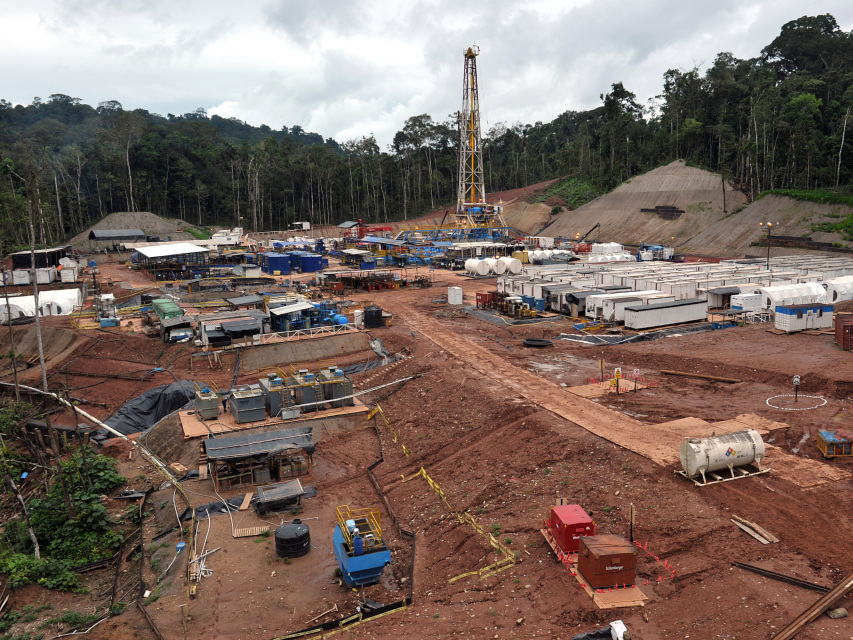 An aerial view of the Mipaya gas exploration camp, part of the Camisea project in the Amazon jungle near Cuzco, Peru.

Locals say it affects their ability to catch and grow their own food.

"Indigenous people have been considered enemies of development. But we want development — just not the sort of Western development that comes and wipes everything away," says Plinio Kategari, vice president of the Machiguenga Council, known as COMARU, which is based in the provincial capital, Quillabamba. "We want development that has an identity, too; where the environment is protected, where human beings can still exist, and have the things they need to live."

This is an isolated region of lush hills, rivers and perilous, badly kept dirt roads. It's home to about two dozen Machiguenga communities. Gas exploration began in the 1980s. At this point, the Machiguenga feel the project is unavoidable. Now they just want a standard of living on par with that of the people who benefit from the gas — meaning ample clean water, food, light, education and access to technology. They'd also like to be able to use some of the gas running under their land.

"It is in their territory that the gas has been found, and they are not consuming it," says Humberto Campodonico, an economist and Camisea expert. "Because the pipeline comes only to [the capital] Lima, or to the sea."

The pipeline runs straight from the Amazon, over the Andes and down to the Pacific, without providing gas to the Machiguenga.

Carlos Cuadros, who supervises relations with the area's indigenous communities for TGP, the company that pipes the gas, says he thinks indigenous people should be worried about other things.

"It's not our responsibility to bring gas to these communities," he says. "We don't want to do a task that the state should take care of. We're not here to give handouts.

"And to start with, you need means of communication, which are lacking. In a lot of indigenous communities, there isn't even cell phone reception; in others there isn't electricity. I think that those issues would have to be dealt with first."

For now, in Shimaa, most people seem more worried about food than gas — what to eat and how to get it cheaply, now that they have to buy it. A few months ago, TGP gave the community a tank to use as a fish farm.

"Considering that there aren't fish in the river anymore, I guess it's better to farm them," says Jose Kategari, a local leaders in Shimaa. "That way we'll be able to feed our families."

But he acts embarrassed when he's when asked to show the Machiguenga's new fish farm.

"We still don't have any fish in it," he says. "We're hoping that in a few weeks the company will give them to us."