Accessibility links
Speculation Runs High In Presidential Money Race This week marks a milestone in the presidential race. At midnight Thursday, the second quarter ends, and the campaigns have to tally up their first financial reports of the election cycle. Who's got enough campaign money and who doesn't? 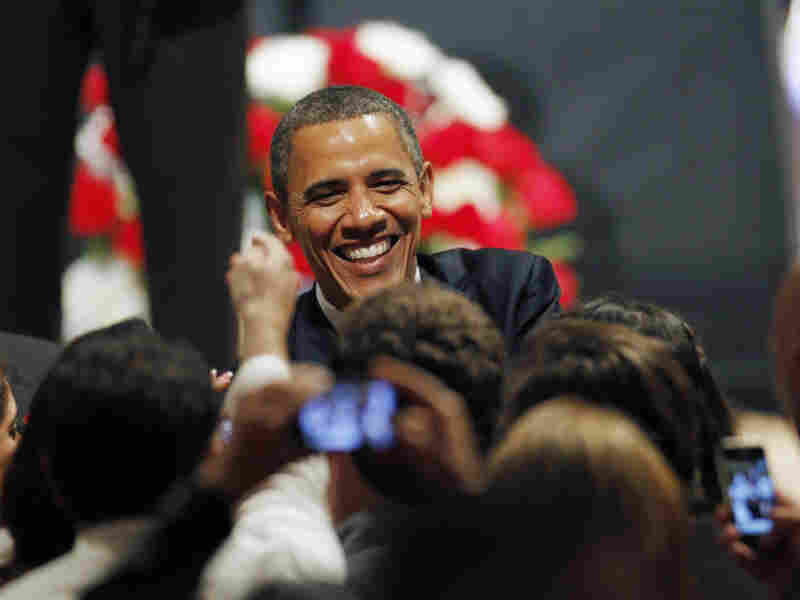 President Obama shakes hands with a group of supporters after a Miami fundraiser on June 13. J Pat Carter/AP hide caption 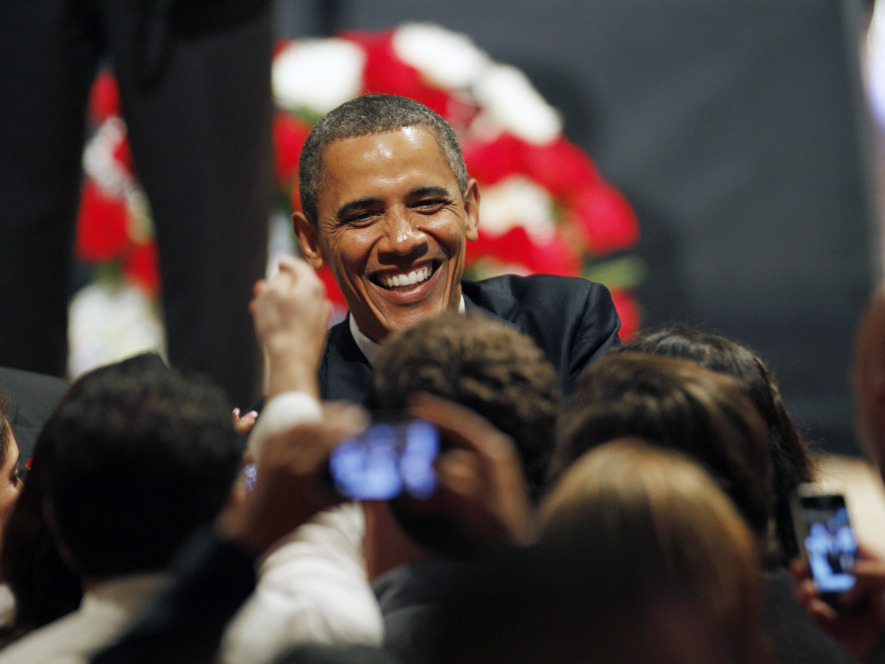 President Obama shakes hands with a group of supporters after a Miami fundraiser on June 13.

This week marks a milestone in the presidential race. At midnight Thursday, the second quarter ends, and the campaigns have to tally up their first financial reports of the election cycle.

The filing deadline isn't until July 15, so it's now high season for speculation about who's got enough campaign money and who doesn't.

President Obama was back in New York City this week, where at three fundraisers in one evening, he revived for donors their 2008 vision of what America could be.

The Obama operation has a vision too: $60 million by Thursday.

"They are looking to raise a very large amount of money quickly at this point," says political scientist Tony Corrado of Colby College in Maine.

Corrado says the president ought to be able to do it. He notes that as a non-incumbent, Obama set a new standard — $745 million — to get elected.

"He is an established fundraiser," Corrado says. "He's the president of the United States. And he has been emphasizing fundraising events where donors are giving the maximum amount of $2,500, or at least $1,000." 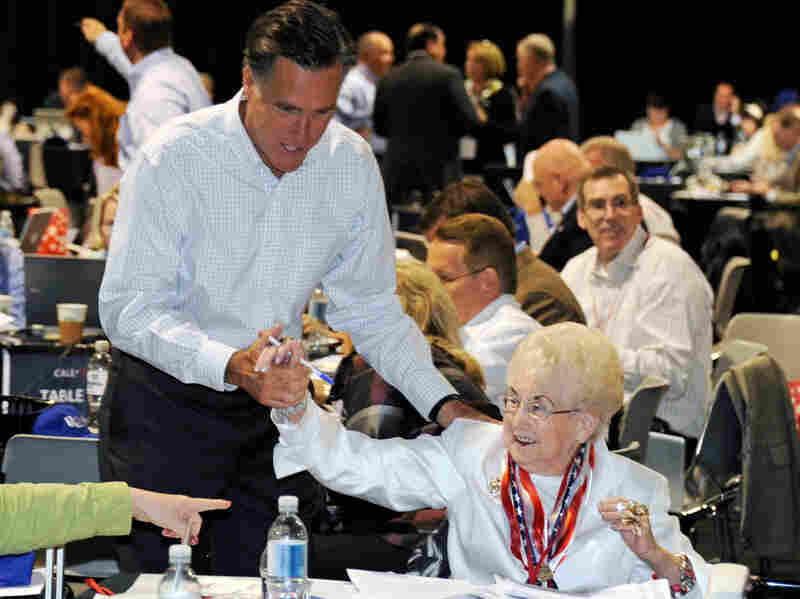 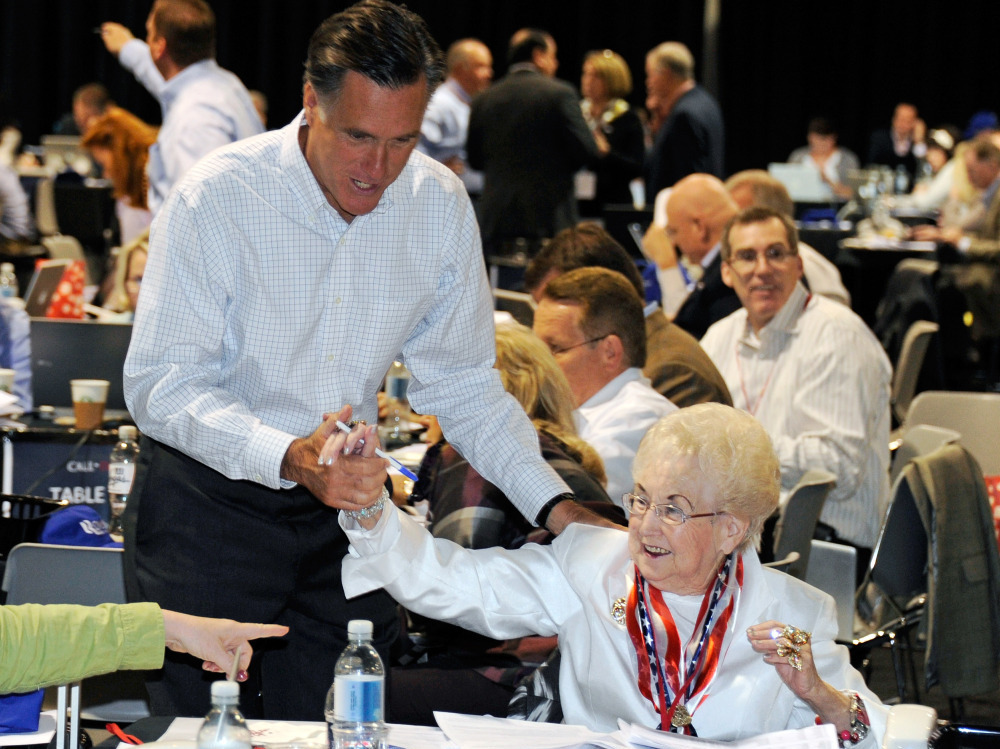 Former Massachusetts Gov. Mitt Romney greets a volunteer at his "National Call Day" fundraising event at the Las Vegas Convention Center on May 16.

The Republican money leader most likely will turn out to be former Massachusetts Gov. Mitt Romney. He started his bid with a telethon. Friends and supporters worked their Rolodexes while Romney talked to Facebook.

"Mitt Romney's ability to put together a core group of committed fundraisers, and they raise more than $10 million in one day, is remarkable," she says.

So this time, he won't have to write personal checks to the campaign. Running in 2008, Romney put in $45 million.

As yet, none of the other Republicans have signaled dramatic strength in fundraising.

There are also some late starters, who likely won't have meaningful fundraising to report.

Jon Huntsman, former governor of Utah, is rich enough to pay for a substantial part of his campaign himself. He says he won't.

Minnesota Rep. Michele Bachmann will file a report for her House campaign committee. Last year, she tapped a big grassroots base and raised $13 million — a record for House candidates, but chicken feed in a presidential campaign.

Political analyst Charlie Cook has been examining campaign metrics since the 1980s. "You know, in the early stages of a campaign, there are only two metrics to look at. One is polls and the other is money," he says.

Poll numbers are really hard to affect, he says. But money?

"That's one of the metrics that you can theoretically have some control over, if you really bust your tail and raise a lot of money," he says.

But raising a lot of money is harder than ever this year because the expectations have been raised so high.