Accessibility links
Supreme Court Rules California Can't Ban Sales Of Violent Video Games The Supreme Court agreed with a lower court ruling that the law violated the constitutional rights of minors. In other action Monday, the court also said it will review FCC rules on the use of expletives on television. 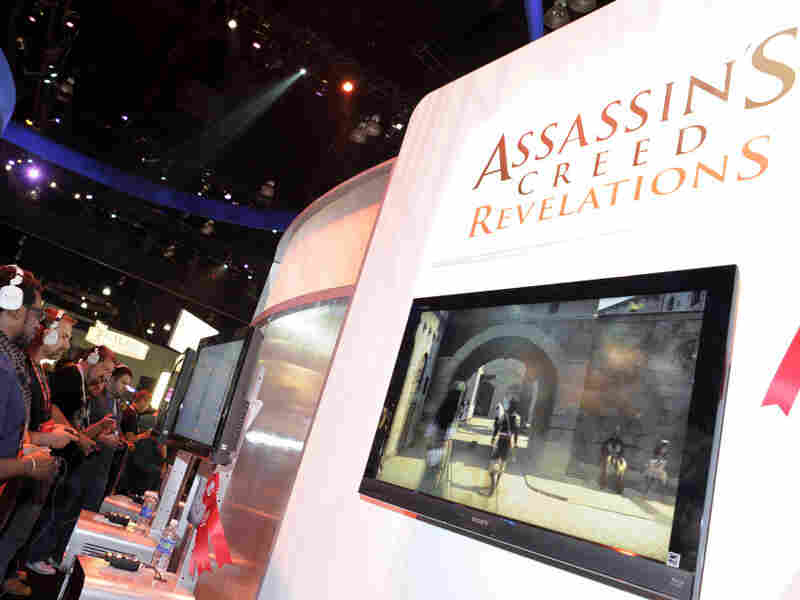 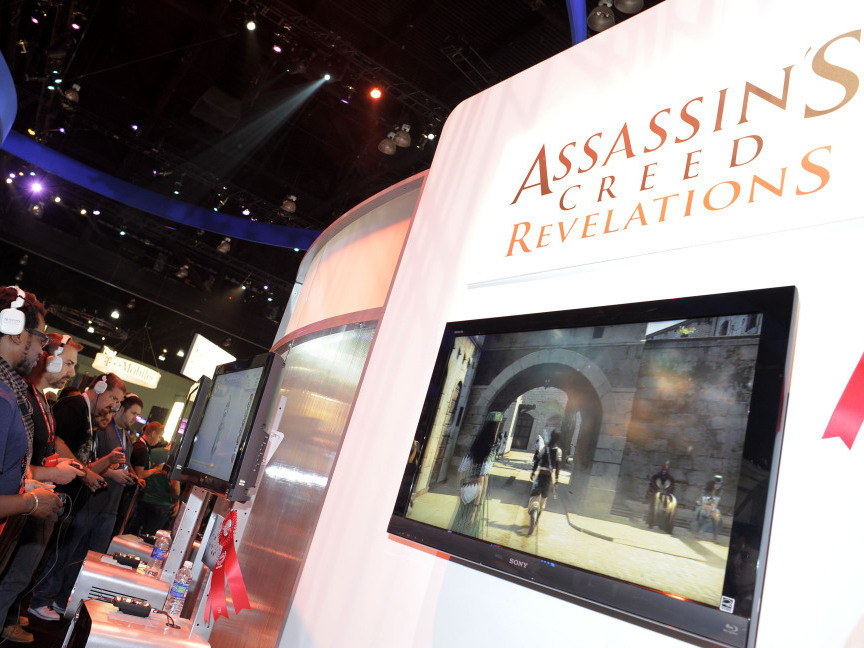 The Supreme Court on Monday struck down a California law banning the sale of violent video games to children, saying it ran afoul of the First Amendment right to free speech.

In one of the most closely watched cases this term, in a 7-to-2 vote, the justices said governments did not have the authority to "restrict the ideas to which children may be exposed."

The 9th U.S. Circuit Court of Appeals in Sacramento had ruled that the law violated minors' rights under the First Amendment, and the high court agreed.

The California law would have prohibited the sale or rental of violent games to anyone younger than 18. Retailers who violated the act would have been fined up to $1,000 for each infraction.

The decision silenced speculation among lawyers and scholars that the Supreme Court would carve out a new area of regulation to protect children from popular but brutal video games.

Writing for the majority, Justice Antonin Scalia said the country has no tradition of restricting depictions of violence for children. He said California's law did not meet a high legal bar to infringe on the First Amendment or the rights of parents to determine what's best for their children.

"No doubt a state possesses legitimate power to protect children from harm," Scalia wrote in the majority opinion. "But that does not include a free-floating power to restrict the ideas to which children may be exposed."

Although regulating children's access to depictions of sex has long been established, Scalia said there was no such tradition in the United States in relation to violence. He pointed to violence in the original depiction of many popular children's fairy tales like Hansel and Gretel, Cinderella and Snow White.

"Certainly the books we give children to read — or read to them when they are younger — contain no shortage of gore," Scalia added.

But Justice Clarence Thomas, who dissented from the decision along with Justice Stephen Breyer, said the majority read something into the First Amendment that isn't there.

"The practices and beliefs of the founding generation establish that 'the freedom of speech,' as originally understood, does not include a right to speak to minors [or a right of minors to access speech] without going through the minors' parents or guardians," Thomas wrote.

In a separate dissenting opinion, Breyer wrote that the issue was "less about censorship than it is about education.

"Sometimes, children need to learn by making choices for themselves," he wrote. "Other times, choices are made for children — by their parents, by their teachers, and by the people acting democratically through their governments."

More than 46 million American households have at least one video game system, with the industry bringing in at least $18 billion in 2010.

The ruling was part of a busy day of Supreme Court action. In other business, the court:

— Said it will take up the First Amendment fight over what broadcasters can put on the airwaves when young children may be watching television.

The justices said they will review appeals court rulings that threw out the Federal Communications Commission's rules against the isolated use of expletives as well as fines against broadcasters who showed a woman's nude buttocks on a 2003 episode of ABC's NYPD Blue.

The Obama administration objected that the appeals court stripped the FCC of its ability to police the airwaves.

The U.S. television networks argue that the policy is outdated, applying only to broadcast television and leaving unregulated the same content if transmitted on cable TV or over the Internet.

-- Struck down a provision of a campaign financing system in Arizona that gives extra cash to publicly funded candidates who face privately funded rivals and independent groups.

The 5-4 ruling is the latest in a series of decisions by the court's conservative majority upending campaign finance laws. The court said the law violates the First Amendment.

— Said it will decide whether the state of California can block the slaughter of sick pigs, agreeing to hear an appeal from the National Meat Association.

California strengthened regulations against slaughtering so-called "downer" animals after the 2008 release of an undercover Humane Society video showing workers abusing cows at a Southern California slaughterhouse. Under California law, the ban on buying, selling and slaughter of "downer" cattle also extends to pigs, sheep and goats.

That law was blocked by a federal judge at the urging of pork processors. But the 9th U.S. Circuit Court of Appeals said the state law could be enforced.

Meat processors want the Supreme Court to overturn that decision.

— Decided to hear a case about whether police need a warrant before using a global positioning system device to track a suspect's movements.

The justices said Monday they will hear the Obama administration's appeal of a court ruling that favored a criminal defendant. The federal appeals court in Washington overturned a criminal conviction because the police had no warrant for the GPS device they secretly installed on a man's car.

Other appeals courts have ruled that search warrants aren't necessary for GPS tracking.

The Justice Department argued that warrantless use of GPS devices does not violate the Fourth Amendment's ban on unreasonable searches. It also said prompt resolution of the divergent court opinions is critically important to law enforcement.

NPR's Carrie Johnson in Washington and The Associated Press contributed to this report.