Accessibility links
Human Rights Defender Now Fights For U.S. Policy As the top lawyer for the Obama State Department, Harold Koh is defending a lot of things that surprise his friends on the left — including U.S. involvement in Libya, and the use of American drones that target people in Pakistan and Yemen. 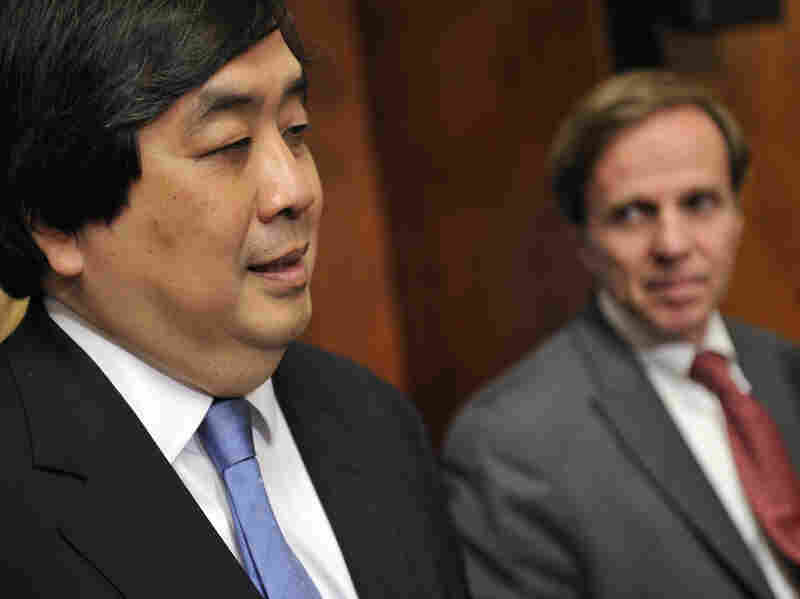 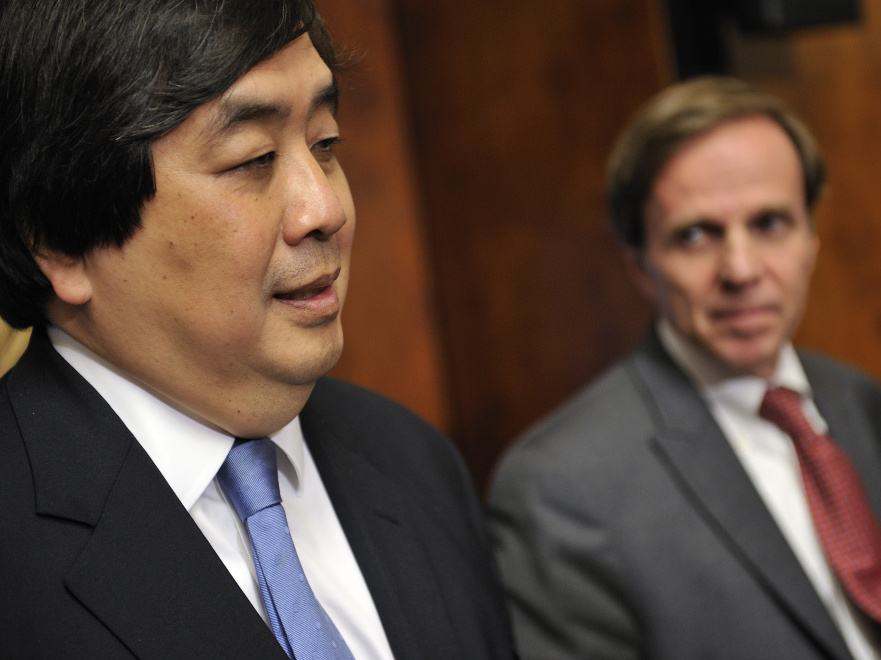 As a young teacher fighting all the way to the Supreme Court for Haitian refugees, and later, as the dean of Yale Law School, Harold Koh became one of the country's most prominent defenders of human rights.

But as the top lawyer at the Obama State Department, Koh has been defending a lot of things that surprise his friends, including U.S. involvement in Libya without the approval of Congress.

Koh will appear in front of the Senate Foreign Relations Committee on Tuesday to explain that controversial position. It's an unusual spot for a man who reached the top of the legal profession by arguing that the U.S. has a responsibility to protect human rights and respect international law, not go it alone.

"For many 30 years, as a lawyer, in every job I've held, I've struggled with the same question: how to promote a lawful U.S. foreign policy," Koh told an audience filled with law students at the American Constitution Society earlier this month.

His remarks came a day before the New York Times reported that he advised President Obama that U.S. actions in Libya did not amount to hostilities under the law.

That came as a surprise to Mary Ellen O'Connell, a professor of international law at the University of Notre Dame who fought alongside Koh to protest a broad view of executive power that became popular during the Bush years.

"Harold Koh was very clear that we should not be playing games with the law," O'Connell says. "We should not be trying to press definitions that the international community didn't accept. And that applies in the Libya situation just as much as to the interrogation situation."

Libya isn't the only area where Koh has staked out positions that are controversial among his former colleagues on the left. He has said the killing of Osama bin Laden by Navy Seals was well within the bounds of the law. And he has blessed the use of American drones that target people in Pakistan and Yemen.

Koh knows that he has become a target of criticism. He even mentioned it several times in his recent speech to law students.

"In this day and age, some people love to play gotcha," Koh said. "And it's easier for them to do so. The longer I serve in government, I get questions of the following form: 'You're a hypocrite, aren't you?' "

Koh said he doesn't see inconsistencies in the legal positions he has advanced over two years at the State Department. He recalled some advice from his mentor, the late Supreme Court Justice Harry Blackmun, who also faced criticism for changing his approach to the law: " 'Harold, some people forget, life is long, and you actually learn things,' " Koh said.

"Isn't it hard to be a government lawyer, having to say all those things you don't believe?" Koh said. "So my answer, and I say it to all of you, I never say anything I don't believe. Why should I? I have tenure," he said to laughter.

"He would see his work now very much as a continuation of that, of providing thoughtful legal advice about a humanitarian operation intended to protect civilians from slaughter," Dellinger says, "so that for Harold, this would be continuation, not in any way a repudiation, of his human rights work."

It's wrong to expect an academic like Harold Koh to take the same positions in government that he would have taken as a law professor, because when you're a government official in the executive branch, you are working within a context of a reasoned set of executive branch precedents and traditions.

Dellinger adds: "It's wrong to expect an academic like Harold Koh to take the same positions in government that he would have taken as a law professor, because when you're a government official in the executive branch, you are working within a context of a reasoned set of executive branch precedents and traditions."

In other words, Koh advises his clients, Secretary of State Hillary Clinton and President Obama, about all of the legal options on the table, and he lets them choose. And then he defends the decision of what he calls his "principals."

Three people who have clashed with Koh since he entered the administration in 2009 told NPR they don't necessarily disagree with his legal decisions, but they do sometimes take issue with his approach: not taking no for an answer, and threatening to bring in Secretary Clinton when the conversation doesn't go his way.

Dellinger says Koh was "enormously popular at Yale Law School" and that any whispers in Washington may emanate from his knowledge of national security and international law.

"His confidence may set off a counter-reaction among other members of the administration, but, you know, that's simply because he knows these issues so well," Dellinger says.

At the recent American Constitution Society conference, where he got a warm reception, Koh said he refused to apologize for his devastating attacks on the Bush administration when he was going through his own Senate confirmation fight.

Koh reported that he told the political advisers: "I've lived the life I wanted to live. I said the things I wanted to say. If you really want me to say I'm sorry, I'll say I'm sorry that my life's work has been misunderstood."

Koh didn't say he was sorry then. And he's not apologizing now.