Accessibility links
Evacuations Ordered As Fire Threatens Los Alamos Some 13,000 people, most of the city's residents, have been moved from Los Alamos. Containment lines created by firefighters have held despite strong wind. 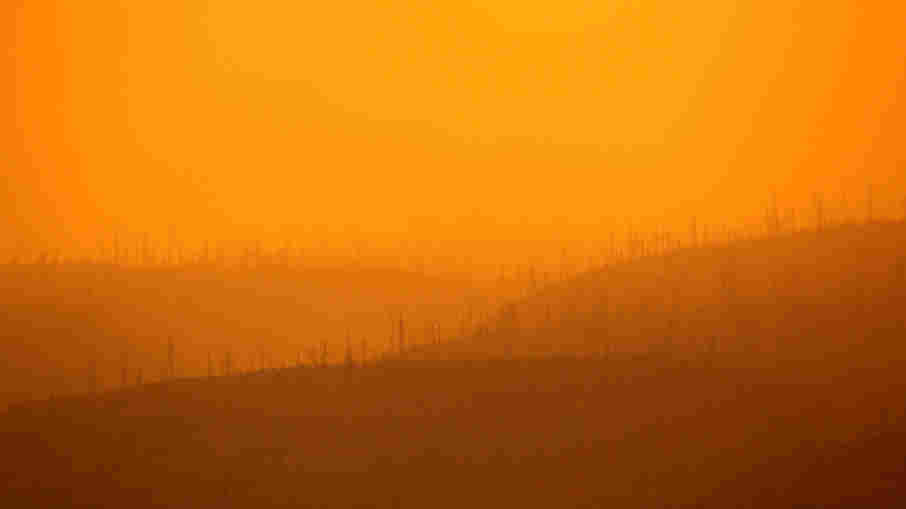 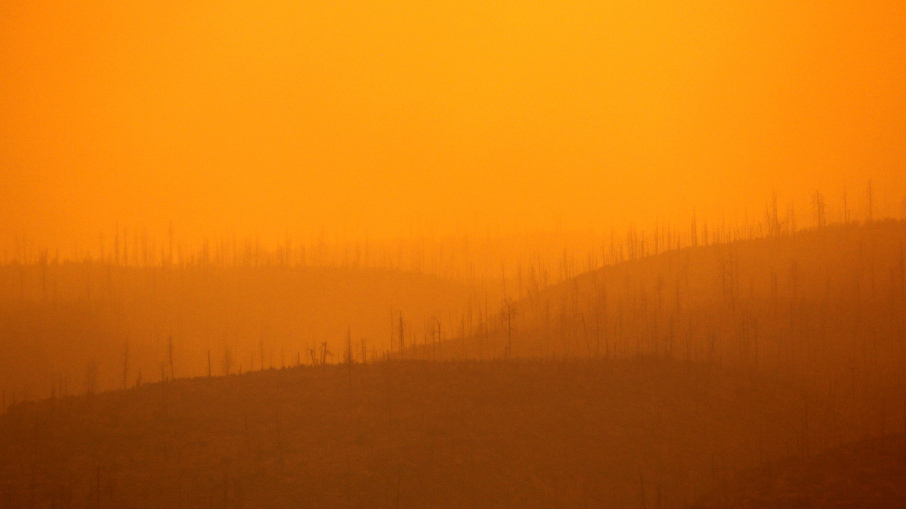 The sun filters through thick smoke from a wildfire burning near Los Alamos, N.M..

Firefighters in northern New Mexico were battling on Tuesday to stall a raging wildfire before it reaches the town that is home to the government laboratory that produced the first atomic bomb.

The 60,000-acre Las Conchas wildfire burned in the mountains above Los Alamos as firefighters spent much of their time putting out spot fires, "the biggest threat we have right now to homes in the community," Deputy Los Alamos County Fire Chief Mike Thompson said late Monday.

Some 13,000 people, most of the city's residents, have been moved from Los Alamos. Those who refused to leave will be monitored by police and National Guard, officials said.

Strong winds were forecast for Tuesday. Meanwhile, air tankers were set to drop fire retardant and water on the fire.

So far, the wildfire has destroyed 30 structures south and west of Los Alamos. Blowing embers sparked at least one fire at the Los Alamos National Laboratory, but it was quickly put out.

The spot fire scorched a section known as Tech Area 49, which was used in the early 1960s for a series of underground tests with high explosives and radioactive materials. The fire has forced the lab to close but officials say radioactive materials stored there are safe.

But the anti-nuclear watchdog group Concerned Citizens for Nuclear Safety said the fire appeared to be about 3.5 miles from a dumpsite where as many as 30,000 55-gallon drums of plutonium-contaminated waste were stored in fabric tents above ground. The group said the drums were awaiting transport to a dump site in southern New Mexico.

Lab officials at first declined to confirm that such drums were on the property, but in a statement early Tuesday, lab spokeswoman Lisa Rosendorf said such drums are stored in a section of the complex known as Area G. She said the drums contain cleanup from Cold War-era waste that the lab sends away in weekly shipments to the Waste Isolation Pilot Plant.

She said the drums were on a paved area with few trees nearby and would be safe even if a fire reached the storage area. Officials have said it is miles from the flames.

"These drums are designed to a safety standard that would withstand a wildland fire worse than this one," Rosendorf said.

On Tuesday, a new team was expected to join the growing cadre of firefighters because of the potential for the blaze to more than double in size.

"We're pretty confident on that front," he said. "We'll pre-treat with foam if necessary, but we really want the buildings to stand on their own for the most part. That is exactly how they've been designed. Especially the ones holding anything that is of high value or high risk, for the community, and really, for the rest New Mexico for that matter."

Many in the area said the current blaze reminded them of the 2000 fire that blackened about 73 square miles and destroyed hundreds of homes and buildings in the western part of the town.

"It took out all the trees and all of the greenery, and it's just now starting to come back," said Terry Langham, a retired lab technician whose house survived the 2000 fire. "Now, it's going to get burned again."