Accessibility links
Imam Looks For Common Ground Between Islam And West When Americans learned about plans to build an Islamic center near Ground Zero, critics argued the project dishonored the 9/11 victims. But Imam Feisal Abdul Rauf, former spiritual leader of the center, envisioned it as a place where people of all faiths could learn from one another. 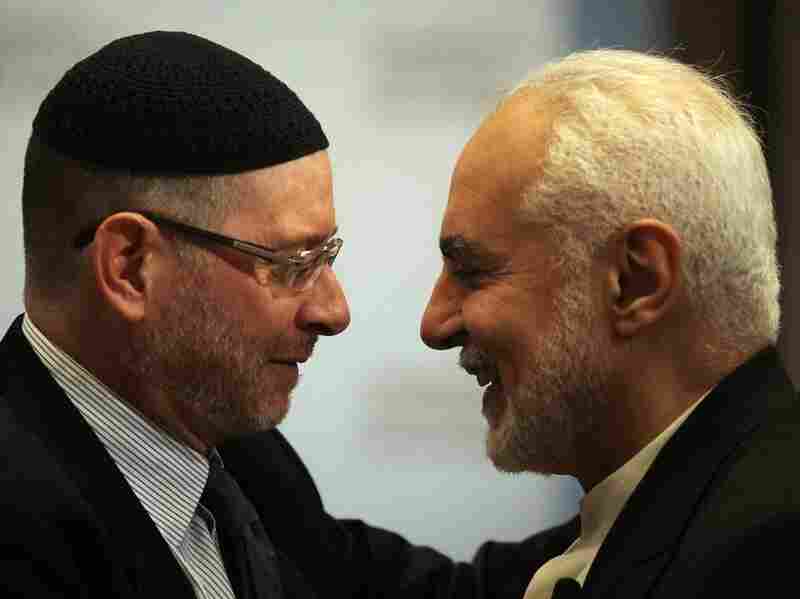 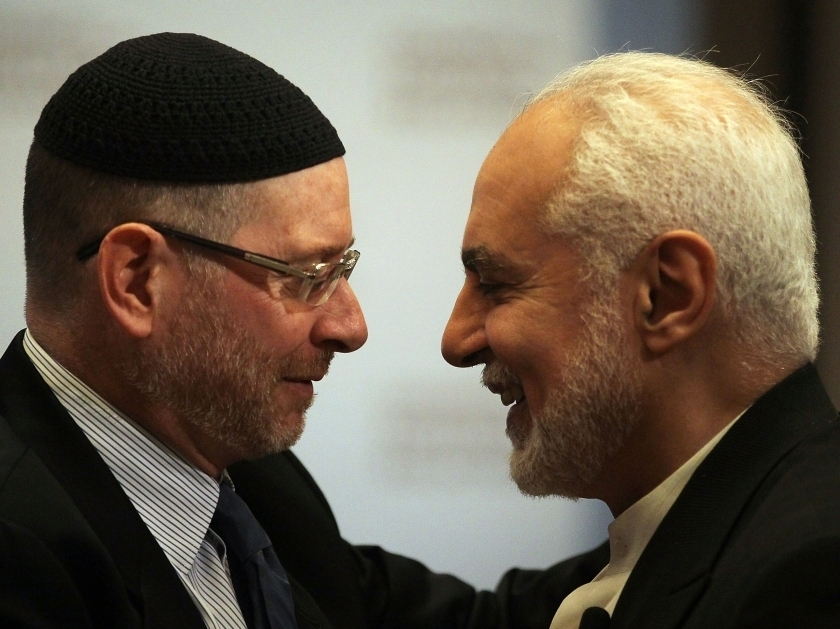 Imam Feisal Abdul Rauf (right), greets a Jewish colleague before speaking at the Council on Foreign Relations in September, 2010.

In late 2010, a debate over a proposed Islamic community center in lower Manhattan left many people angry and confused. Some critics erroneously tagged the community center the "Ground Zero mosque," and to them, it became an intolerable insult to families of 9/11 victims and the United States.

Imam Feisal Abdul Rauf, the spiritual leader and public face of the center at the time, was at the heart of the 2010 controversy. He tells NPR's Neal Conan that the center was never envisioned as a mosque. Instead, Rauf says, it was "intended all along to be a community center, just like the YMCA, opened to membership of people of all faith communities ... There was a group of people who really didn't care about the facts, didn't care about the truth, and just insisted on their narrative and used it to whip up a lot of negative emotion."

But while he feels the Islamic center controversy did some damage to inter-faith understanding in the United States, Rauf says it also "served a very positive purpose." Both New York City mayor Michael Bloomberg and President Barack Obama publicly supported the center and its planned location.

That support, says Rauf, "really improved American stock value in the Muslim world. The fact that America, in spite of what happened on 9/11, and deeming it to be an attack by Islam against America — to be able to have the largeness of heart" to support what was widely known as a mosque "struck people in the Muslim world as an act of American generosity," Rauf says.

Plans for a center in lower Manhattan are on hold, but Rauf's organization, the Cordoba Initiative, an organization that seeks to encourage interfaith dialogue between Muslims and other faiths, is still seeking funds for the community center he envisioned — albeit in a different location, yet to be determined.

"A true multifaith center, that demonstrates the effective cooperation between Muslims and members of other faith communities, working together to address the substantive issues which divide us, would be a very powerful statement to make," Rauf says.

"Therefore, we moderates who believe in a god of love, who believe in the principles of respect and respecting differences, have to team up together and develop strategies ... to address those particular issues which divide us.

"Of course we do not believe that there are no differences between Muslims or Jews" or people of other faiths, Rauf says. "But these variations are wonderful."