Accessibility links
Rethinking Shaken Baby Syndrome The dispute over the common child abuse diagnosis is a bitter civil war. And now, the pediatric neurosurgeon who is credited with first observing the syndrome is speaking out for the first time about his concerns over how it is used in child abuse cases.

The dispute over shaken baby syndrome is a bitter civil war. On one side, doctors, lawyers and other experts say the diagnosis is key to winning convictions of people accused of the most horrible acts of child abuse. Opponents say the diagnosis is used too freely and that sometimes, innocent people go to prison.

Norman Guthkelch, the pediatric neurosurgeon who is credited with first observing the condition in young children, is speaking out for the first time about his concerns regarding how that diagnosis is used. He worries that it is too often applied by medical examiners and doctors without considering other possible causes for a child's death or injury. 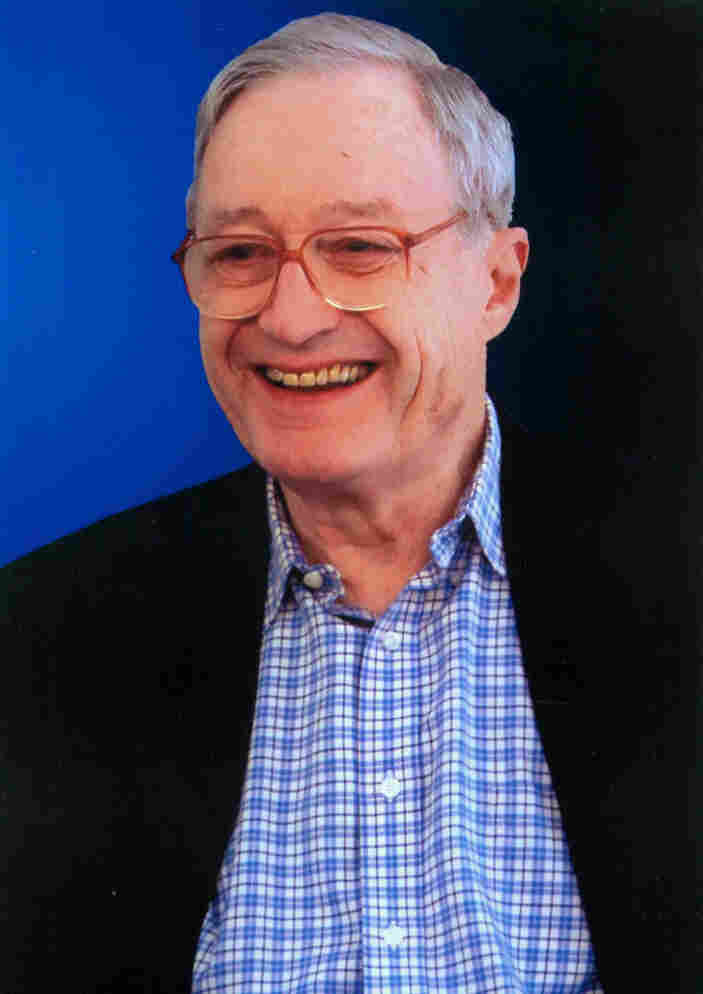 Norman Guthkelch, a pediatric neurosurgeon who is credited with discovering shaken baby syndrome, is now having second thoughts about how the diagnosis is used in court. Courtesy of Norman Guthkelch hide caption 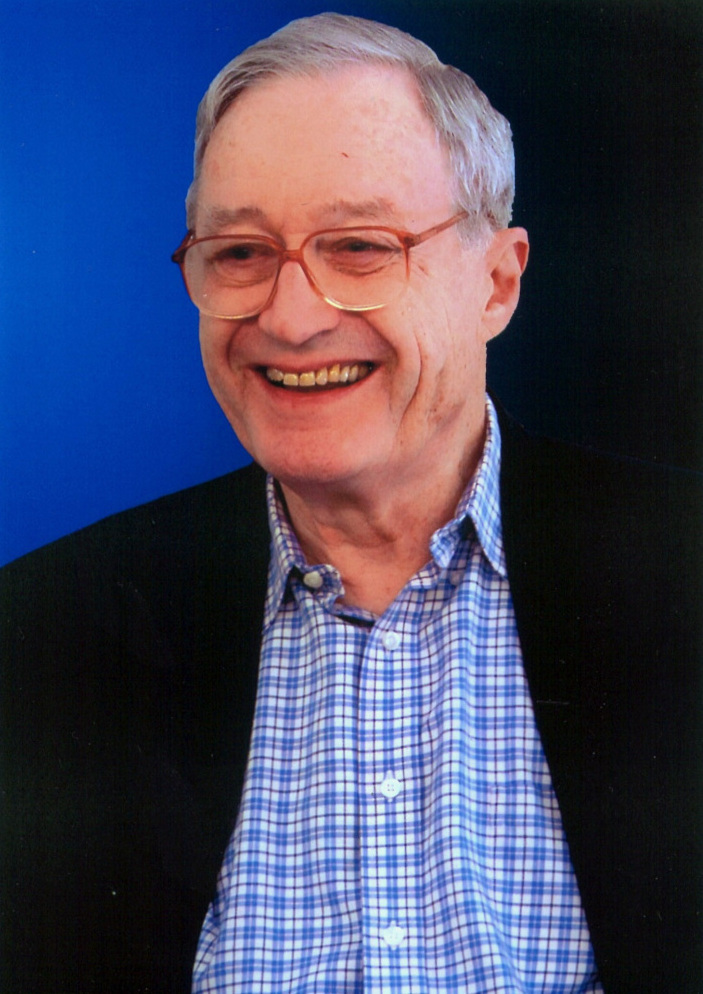 Norman Guthkelch, a pediatric neurosurgeon who is credited with discovering shaken baby syndrome, is now having second thoughts about how the diagnosis is used in court.

Guthkelch, who is now 95, would like to play peacemaker. "There are cases where people on both sides, both of whom I admire equally, are barely able to speak to one another," he says. "And that's a shame."

Guthkelch is concerned that there are too many cases like the one he recently reviewed in Arizona. A defense attorney asked him to look at the case of a father who has spent 10 years in prison after being convicted of killing his 5-month-old son by shaking him.

After reviewing the trial record and medical reports, Guthkelch said he was troubled to see that the medical examiner's autopsy had concluded that the baby died of shaken baby syndrome while discounting other possible causes: A month prior to the child's death, the boy had been admitted to the hospital with uncontrolled seizures. The baby had also briefly been in the neonatal intensive care ward after a difficult birth.

To Guthkelch, this suggests the boy may have instead died from natural causes. "I think I used the expression in my report, 'I wouldn't hang a cat on the evidence of shaking, as presented.' "

NPR teamed up with PBS Frontline and ProPublica and studied nearly two dozen cases in the U.S. and Canada where people were first convicted of killing children but later acquitted or had the charges dropped. Common patterns in these cases emerged over questionable autopsies and testimony, as well as disputes over medical evidence, such as the shaken baby syndrome diagnosis.

Three years ago, Guthkelch received a standing ovation when he was introduced at the international conference of the National Center on Shaken Baby Syndrome.

"So who should be credited for discovering shaken baby syndrome? My vote is for Dr. A. Norman Guthkelch," said Carole Jenny, a pediatrician with a specialty in child abuse prevention, as she introduced him to the group.

Jenny noted that Guthkelch wrote his groundbreaking paper in the British Medical Journal in 1971. It was just two pages long and called "Infantile Subdural Hematoma and its Relationship to Whiplash Injuries." That paper, Jenny explained, "is the first clear, unambiguous reference in the world's medical literature to shaking as a mechanism of head injury in infants and small children."

Guthkelch was trying to solve a medical mystery: Babies, toddlers and other children were showing up at his hospital with subdural hematomas — or bleeding on the surface of the brain — yet there were no signs of the cause. These children came with no broken bones, bruises or other signs of physical abuse.

He solved the mystery with a simple observation: In northern England, where he lived, parents sometimes punished their children by shaking them.

It was socially acceptable. "They had no motive to lie," Guthkelch says. "So the parents told me the truth. 'Yes, I shook him.' "

Q&A About The Child Cases' Investigation

The Child Cases: Lessons From Canada

At the same time, Guthkelch heard a revealing story from William German, a Yale University professor of neurosurgery. German told Guthkelch about a day he took his grandchildren to an amusement park. "They all went on the roller coaster and when it got to the summit of its travel, apparently it stopped violently and everybody was thrown quite violently," Guthkelch explains.

A few days later, German developed bad headaches. He checked himself into the hospital where he worked and was found to have a subdural hematoma that required surgery. German figured it must have been caused by the violent jerk of the amusement park ride.

Guthkelch put these observations together and came up with his theory that a child could be shaken violently and develop bleeding on the brain — without any broken bones, bruises or other signs of physical abuse.

Guthkelch's chief concern was to inform parents about the dangers of shaking and to prevent abuse. And that's still just as important today, he says. A baby's brain is soft and surrounded by a thin skull, both of which can be easily damaged.

Other scientists built on his research. Now shaken baby syndrome is diagnosed when doctors find unexplained bleeding on the brain and two other symptoms: bleeding behind the retinas and brain swelling. This constellation of symptoms is referred to as "the triad."

Too many medical experts see that triad of symptoms and conclude a child has been shaken without considering other possibilities, Guthkelch says. "I don't think that the famous triad, however well some people think it's defined, can ever be so well-defined that you can say that and nothing else cause it — that meaning shaking."

Still, while shaken baby syndrome has been a widely accepted diagnosis for decades, a growing number of medical experts — particularly forensic pathologists — now question the diagnosis. Some skeptics cite research by biomechanical engineers that says you can't shake a baby with so much force that you cause internal head injuries but leave no external marks, bruises or injuries to the neck or spine.

Others — including many pediatricians — strongly defend the diagnosis and say they often see its devastation. They say that violent shaking alone can cause a child's death or severe brain damage with lifelong disabilities.

There are no exact numbers on shaken baby syndrome cases. The National Center on Shaken Baby Syndrome, a resource and advocacy group, estimates there are about 1,200 to 1,400 cases a year of severe or fatal head trauma from child abuse. The FBI reports about 500 homicides a year of children under the age of 5, from all causes.

Not all experts share Guthkelch's desire for new caution in diagnosing shaken baby syndrome. And some, like Teri Covington, who runs the National Center for Child Death Review Policy and Practice, worry that there's already too much caution. She says that because of disputes over the science, there are growing cases of child abuse where the abuser isn't punished at all.

"I have heard many a discussion of reluctance from both law enforcement and prosecutors to even start moving these cases forward in the way that they would have done five or 10 years ago," she says.

Now, Covington says, many prosecutors won't pursue cases unless they have a "definite whodunit" that can be proved easily in court. "I've seen that happen several times in the last few months," she adds.

When Medicine Enters The Courtroom

Guthkelch says doctors need to be extra cautious when medicine reaches the courtroom. Medical knowledge changes over time, but the criminal justice system wants certainty to determine guilt or innocence. "In a case of measles," he says, "if you get the diagnosis wrong, in seven days' time it really doesn't matter because it's cleared up anyhow. If you get the diagnosis of fatal shaken baby syndrome wrong, potentially someone's life will be terminated."

That's one reason Guthkelch says it's time to get all sides together and try to agree on what can be said with scientific certainty about shaken baby syndrome.

At first he thinks perhaps a funder would sponsor a conference that would bring all the sides together. "If you have a spare couple million bucks and you'd like to finance a meeting, preferably in one of the good places like Vegas or Bermuda or whatever — then away we go," he says with a laugh.

But then, on reflection, he thinks about the long-standing bitterness between all those competing doctors, lawyers, medical experts and child advocates. He says it's important to have a civil dialogue — and almost a dream to think it can happen.