Accessibility links
How Bachmann Battled Palin, And Won When Minnesota Congresswoman Michele Bachmann officially announced her run for the presidency, many couldn't help but compare her with another conservative star — Sarah Palin. Commentator David Swerdlick says that in this contest, Bachmann has beaten the former Alaska governor by being prepared — and by being first.

How Bachmann Battled Palin, And Won

How Bachmann Battled Palin, And Won 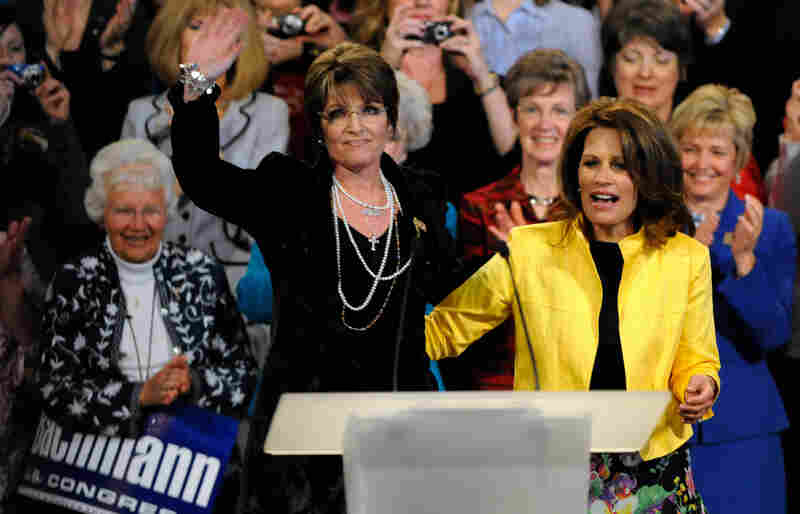 David Swerdlick's writing has appeared in The American Prospect, The New York Daily News and PopMatters.

You don't have to agree with far-right Minnesota Congresswoman Michele Bachmann on a single issue to appreciate the contribution she's made to the 2012 presidential race: By employing the not-so-cutting-edge strategy of actually taking her job seriously, she's putting an end to the nation's three-year obsession with Sarah Palin.

After getting 22 percent to Mitt Romney's 23 percent in last week's closely-watched Des Moines Register poll in Iowa, Bachmann announced her candidacy this week in Waterloo, Iowa — her birthplace — telling supporters "we can't afford four more years of Barack Obama" and winning converts along the way, like one who told Politico that "I like what she's got in the gut."

She still has an awkward relationship with facts — Fox News' Chris Wallace had to point-blank ask Bachmann "Are you a flake?" over her allegation that as many as 30,000 civilians were killed in Libya by NATO airstrikes. She's getting razzed for confusing John Wayne the movie legend with John Wayne Gacy the serial killer. And she's sticking to her story from several months ago that the founding fathers — several of whom owned slaves — were instrumental in ending slavery.

But she knows her message and sticks to it. She's anti-government, anti-abortion, an evangelical Lutheran, a co-founder of the Congressional Tea Party Caucus, and she doesn't hesitate to place the country's budget woes at the feet of President Obama, telling CBS News' Bob Schieffer that in her view "this is the Obama deficit, Obama debt, due to Obama spending."

Bachmann might not win, but she stands for the bipartisan principle that the first female president — whoever she is — is going to have to offer voters more than her ability to get attention.

Palin is also in Iowa this week for the premiere of a movie about — you betcha — Sarah Palin. But with Monday's announcement, Bachmann may have rendered Palin irrelevant for the duration.

Palin could still run, but now that Bachmann's campaign is up and running, a late Palin entry would be awkward: The second woman in the race won't be able to duck the charge of player-hating the other. It's a double standard that, of course, isn't applied to the men, and one that The Washington Post's Eugene Robinson described last month as an "unfair and sexist 'catfight' subtext" to the Bachmann/Palin dynamic. But that's how it would play, and because Bachmann was the first one up on a debate stage — and because she did well — from now on, she'll be the one taken seriously.

Bachmann meets the minimum requirements for a candidate — man or woman — to be taken seriously. She's on the House intelligence committee, she has an LL.M from William and Mary in tax law, and she can articulate her views in a way that often grates, but is always understood. Palin, meanwhile, is two years out from abruptly quitting her governor's post and often has a tough time deploying the English language.

They both have a point of view, but politics has more to do with preparation than opinions — and only Bachmann has done the scut work that's required to run for president. She raised more than $13 million for her re-election campaign in 2010. She has hired big-name consultants like former Reagan flack Ed Rollins, and she has stepped up her game so that now no one is talking about her oft-mocked State of the Union rebuttal and everyone's talking about her new, media-friendly presentation.

Where Palin is grumpy, Bachmann is sunny. She brushes off slights with humor — it's a striking contrast to Palin, who manages to take every criticism personally. If they both read this article, Bachmann might jump in on the reader comments to claim that "Sarah's 10 times better than Barack!" while Palin would be more inclined to tweet something like "that's just the lamestream media obscurifying the Republican agenda."

You get a sense that Bachmann enjoys her job — and that Palin doesn't even like people. 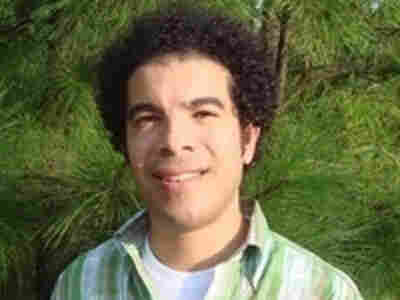 Just a few months ago, Obama/Palin was the marquee matchup voters wanted to see. They certainly weren't itching for a yearlong tit-for-tat on the merits of RomneyCare vs. ObamaCare.

Folks would have paid the price of admission to see Palin — the challenger — barnstorming the country as the tribune for red-state America to see how Obama — the reigning champ — defended his title against her well-placed taunt: "How's that hopey-changey stuff workin' out for ya?"

But then a funny thing happened along the way — Palin no-showed for the title bout. Instead, the woman who was once on the undercard put herself in position to force the Republican field to the right, cause a lot of discomfort for moderates like Romney, and make a real run at winning Iowa. Michele Bachmann still has her work cut out for her if she wants to be the nominee. But in the 2012 primaries, she has already beaten Sarah Palin.