Accessibility links
Noah Shachtman - 'The Military's Search For A Device To Stop IEDs' One of the most common dangers to American troops in Iraq and Afghanistan has been homemade remote-controlled bombs. Wired national security writer Noah Shachtman details the ongoing effort to create a device that could stop IEDs before they strike. 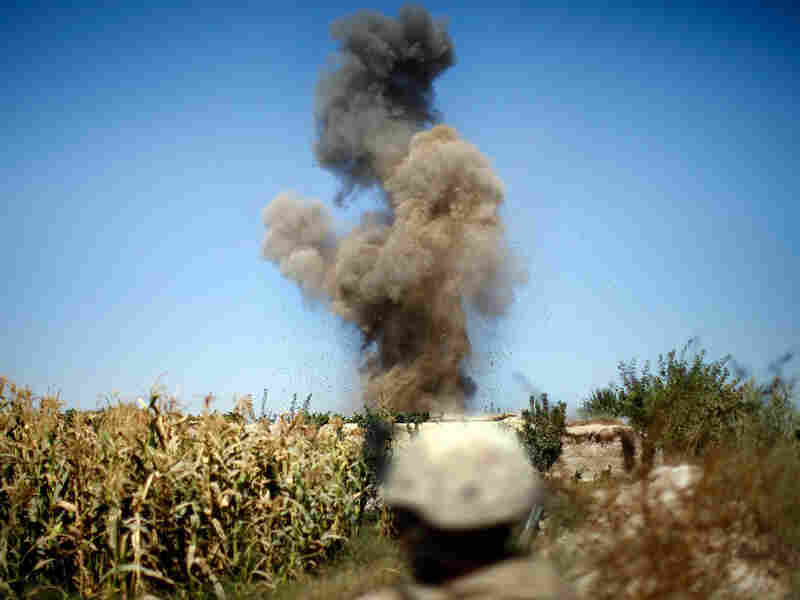 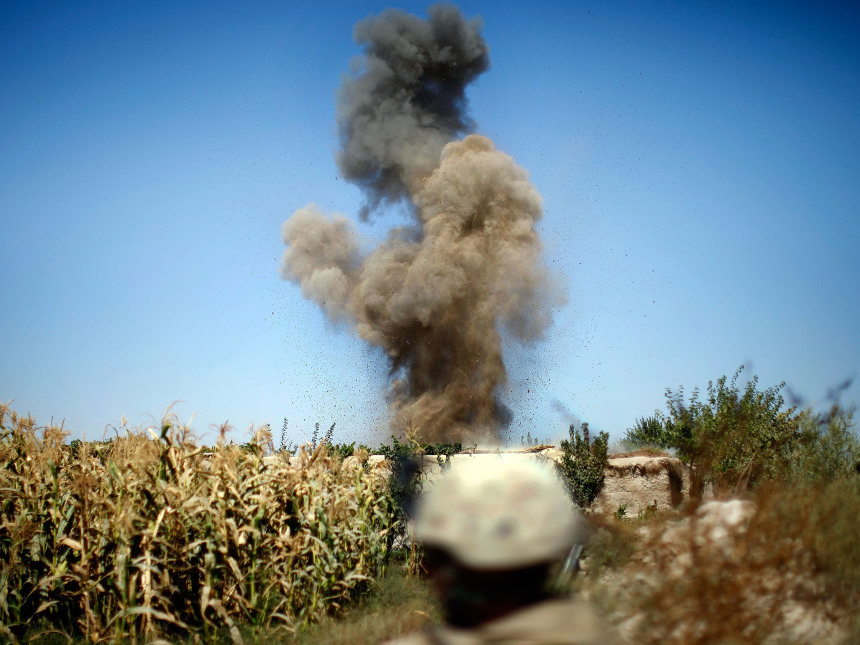 Marines detonate a homemade explosive device in the Helmand River valley in Afghanistan in 2009.

Homemade remote-controlled bombs, also known as improvised explosive devices or IEDs, have been one of the biggest killers of American troops in Iraq and Afghanistan.

At their peak, bombs were wounding 1,000 U.S. service members a month. Insurgents used them because they could attack from a safe distance.

The Pentagon has spent more than $17 billion to try to defeat the IEDs in a major game of cat and mouse: American engineers figure out how to jam the radio signals triggering the IEDs, insurgents then come up with a new radio signal to set off the IEDs, then the Americans find a new solution to jam the signal.

"Over a number of years, these jammers got better and better and better and cut off that remote-controlled bomb from the Iraq insurgents, forcing them back to Wile E. Coyote levels [of technology]," says Noah Shachtman, contributing editor at Wired magazine. "It took a long time — about four years — [but the jammers finally worked] and once that happened, you saw the rate of improvised bombs drop dramatically from 1,000 soldiers getting hurt a month to a dozen."

Earlier this year, Shachtman, who covers national security for Wired, was invited to visit the headquarters of ITT, the defense contractor that designed the majority of the Pentagon's 50,000 radio jammers used in Iraq and Afghanistan.

On Wednesday's Fresh Air, Shachtman details what he saw when he visited ITT's research and development facility, where technicians are developing a device that he says "could amount to the ultimate weapon of this electromagnetic war: a tool that offers the promise of not only jamming bombs, but finding them, interrupting GPS signals, eavesdropping on enemy communications and disrupting drones, too."

ITT will begin testing a version of that device, says Shachtman, in July. 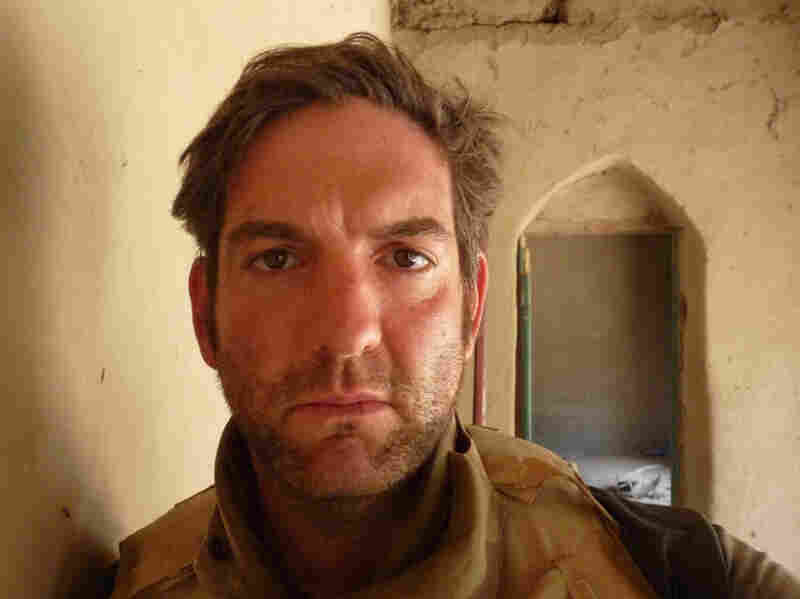 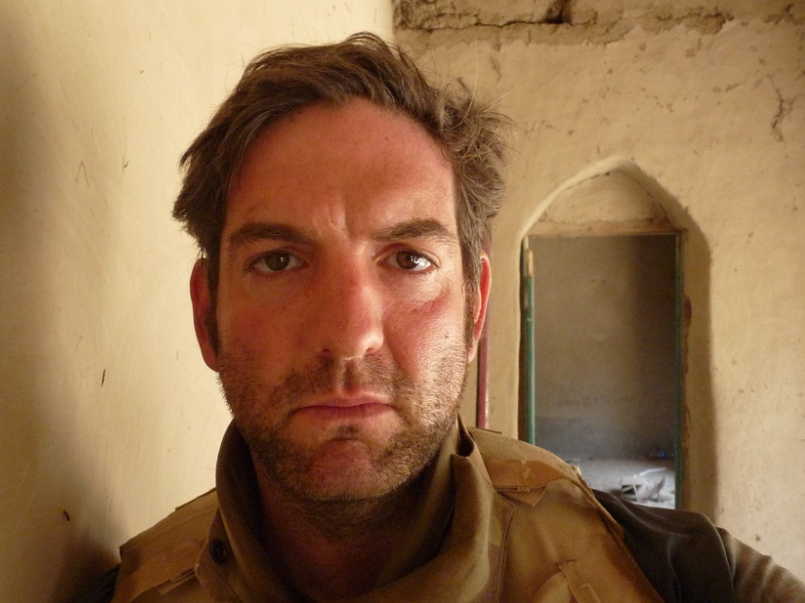 Noah Shachtman reported from Afghanistan in 2009. He has also reported from Israel, Iraq, Qatar, the Pentagon and from military bases around the country.

"In Pakistan, drones are the weapon of choice. Yeah, there was that raid on bin Laden's compound, but mostly it's drones doing the fighting. Look at Yemen. There's drone operations happening there pretty regularly. And you look at Libya — NATO's first combat casualty there was a drone, a drone helicopter. So really all over the world the U.S. military is now turning to its flying robots as its first troops of choice."

On what bug-sized drones could do

"They've got drones that are the size of your hand, maybe two hands. They have flapping wings like real bugs or birds. And they've got prototypes that are flying around. ... I'm projecting forward, like 10, 15, 20 years in the future, but it could definitely happen that there could be something flying in the air — you'll just think it's a little bird hovering around, and instead it'll have a little camera and be watching what you're doing and listening to what you say."

On the relationship between the military and the CIA

"Look at the raid on bin Laden's compound. You had the guys from Joint Special Operations Command working with the CIA kind of hand-in-glove. That kind of thing didn't really happen before. But starting in 2001, in the initial push on Afghanistan and through today, that cooperation has gotten tighter and tighter."

On reporting on topics concerning secrets and national security

"It's a difficult and a fine line to walk, but it's one that if you apply a little common sense, I don't think it's hard to figure out what's really secret and what's just stamped 'secret' by some government bureaucrat. The fact that the U.S. military has jammers and that they block certain kinds of remote-controlled bombs — that's not such a big secret. What frequencies they use and what their exact ranges [are], that's a legitimate secret and could affect the lives of soldiers on the battlefield and that I choose not to report. Similarly, there are things that I've seen in Iraq and Afghanistan that are secret, I don't even know why. Like a particular mapping technology where, honestly, Google Earth is cooler and better. Actually, here's a great example. The military has a base in quote-unquote 'Southwest Asia' where they run the air war in Iraq and Afghanistan. And you are totally not allowed to say where that base is or what its name is. That being said, you can find it on Google. So a lot of what the military says is secret really isn't that secret."