Accessibility links
Ex-Israeli Spy Chief's Iran Comments Spark Row Since leaving Mossad, Meir Dagan has attacked Israel's leaders for their "reckless intent" to attack Iran over its suspected nuclear program. That someone so respected would talk publicly about one of the country's most sensitive issues has set tongues wagging. 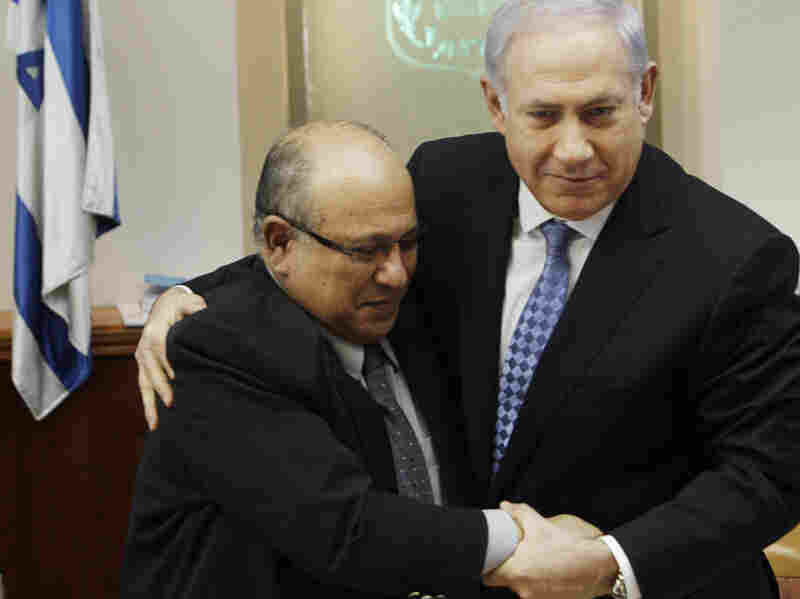 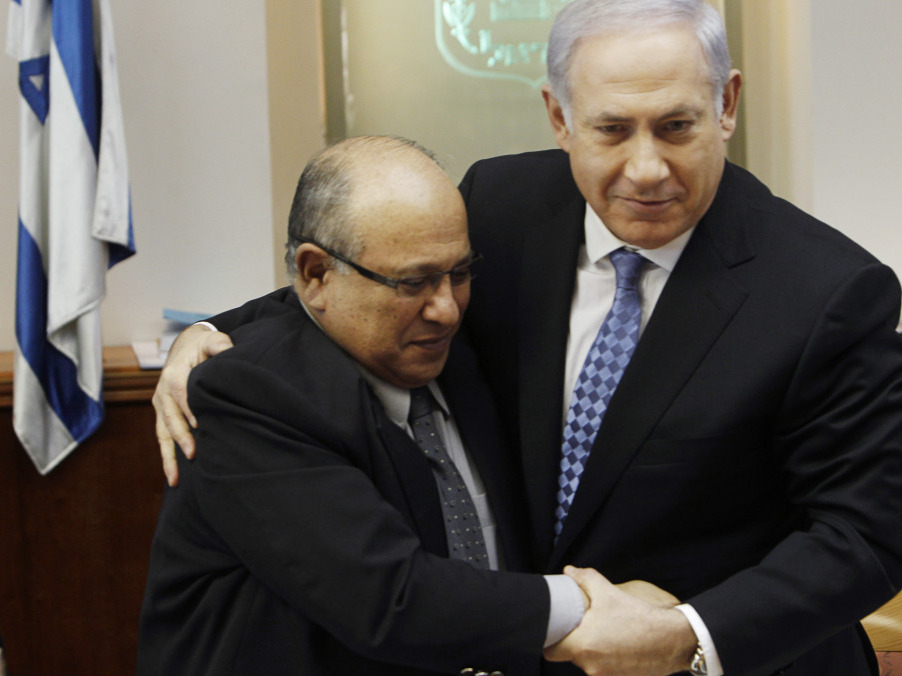 Israeli Prime Minister Benjamin Netanyahu hugs outgoing Mossad chief Meir Dagan after thanking him at the beginning of a Cabinet meeting in Jerusalem on Jan. 2.

The former Mossad spy chief's name is on everyone's lips in Israel — with good reason.

Meir Dagan was the head of Israel's spy agency for eight years and has been credited with raising the international prestige of the agency. So it came as a shock to many that upon leaving office he would talk about one of the most sensitive issues here: Iran.

Dagan has said that a military strike on that nation targeting its suspect nuclear program would be disastrous, and he lambasted the current Israeli leadership for being reckless in pursuing that aim. This past week, Dagan was stripped of his diplomatic passport, in apparent retaliation.

"Dagan is very popular in Israel," says Ronen Bergman, a leading Israeli journalist and author of the upcoming book, Mossad and the Art of Assassination. "Something like this coming from his mouth is harmful to the ... prestige of these people in the eyes of the Israeli public."

Bergman says because Dagan is so well respected, his words have been taken very seriously by the public here and that he has faced a lot of censure for speaking out.

"He worked against the code," he says. "He, so to speak, spilled out the inner discussion over one of the major subjects."

People close to Dagan say he felt he had to go public about his concerns. According to sources, while in office, Dagan felt he, Gabi Ashkenazi and the director of the Shin Bet internal security agency, Yuval Diskin, acted as a bulwark against the desire of both Prime Minister Benjamin Netanyahu and Defense Minister Ehud Barak to strike Iran.

But within a few months of each other, all three men retired, leaving what Dagan felt was a "dangerous vacuum." His supporters call him a patriot. 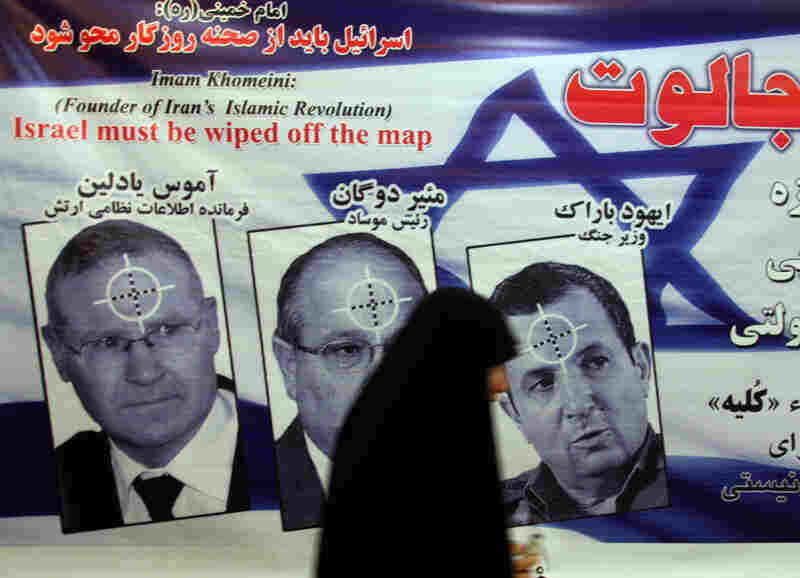 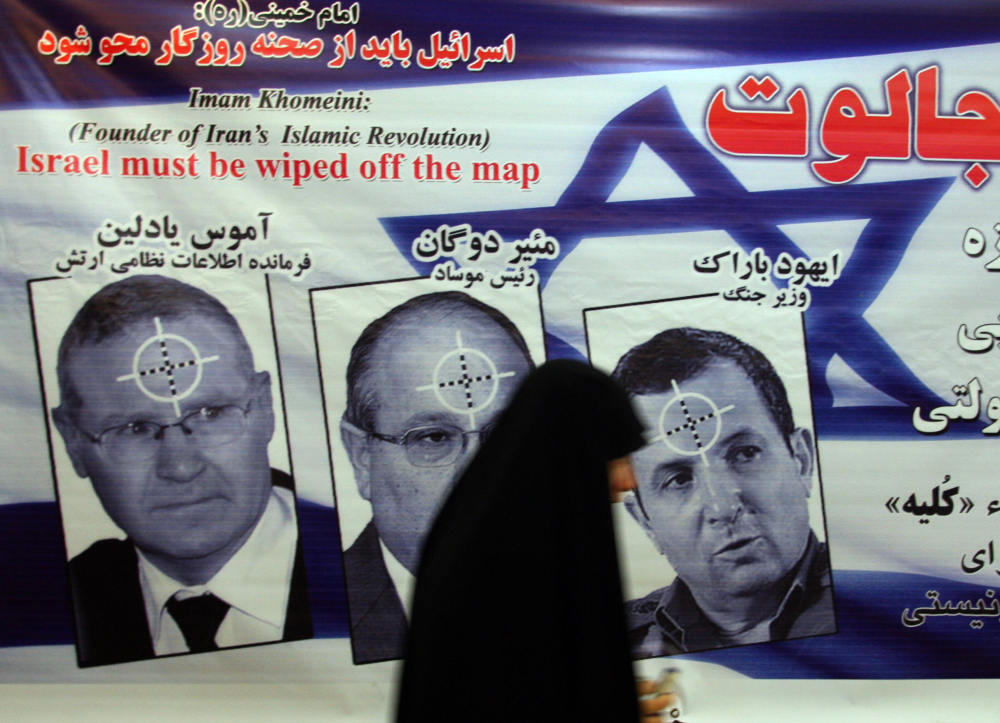 An Iranian woman walks past a poster featuring portraits of Israeli military intelligence chief Gen. Amos Yedlin, Dagan and Defense Minister Ehud Barak during an anti-Israel ceremony in Tehran in 2008.

"You have a difference between elected officials and people who are nominated, and Dagan was not elected," says Danny Danon, deputy speaker of the Israeli Knesset and a member of Netanyahu's Likud Party. "The government was elected, Prime Minister Netanyahu was elected. ... A very important official should follow the decisions of the government whether he likes them or not."

Danon says legislation should be introduced to bar public officials from making critical statements like Dagan's after they've left office.

Former Mossad chief Ephraim Halevy says Israel has to present a united front publicly to an enemy like Iran, whatever the internal divisions.

Halevy says the Iranians would be well advised not to consider the debate going on in Israel as a sign of weakness. Echoing the Israeli government position, he says: All options remain on the table.