Accessibility links
Davina And The Vagabonds: Piano Licks, Vocal Tricks Rooted in early-20th-century blues and jazz, "lipstickandchrome" is freshened up with modern sass. 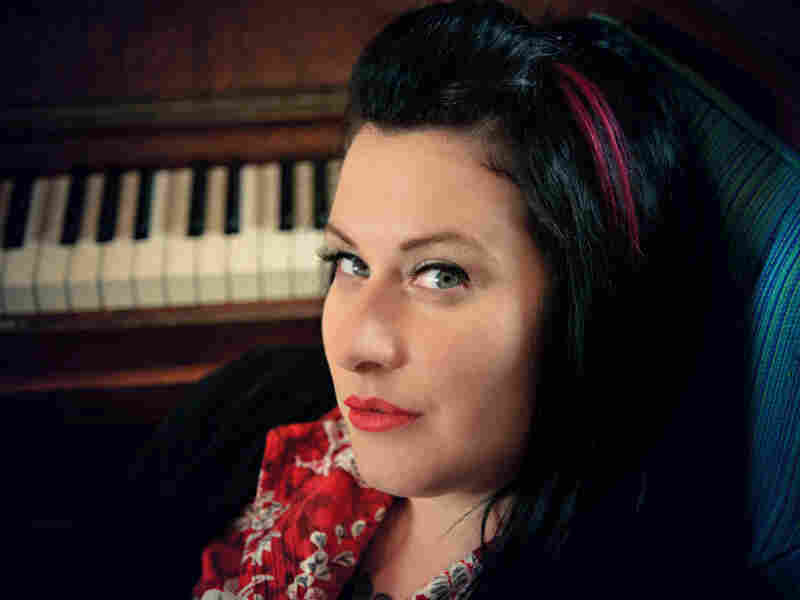 Rooted in early-20th-century blues and jazz, Davina and the Vagabonds' "lipstickandchrome" is freshened up with modern sass. Ezra Moore hide caption

Artist: Davina and the Vagabonds

Davina Sowers' classically trained right fingers shimmy down the piano keys and meet up with an insistent boogie-woogie bass. Then she reveals her other musical talent: a sassy, salty, sweet voice that's childlike at the top, husky at the bottom.

The song is "lipstickandchrome," named for the tube of ruby-red that Sowers never leaves home without and the mirror on her roadster where she checks her makeup. Like many of the tracks she wrote for her band's new album, Black Cloud, the tune is rooted in early-20th-century blues and jazz, but freshened up with the 21st-century cheek of Sowers' teasing vocals and clever lyrics. A party anthem, it'd sound perfectly at home booming out of a 1920 Model T — if it had a radio — or a 2011 Prius, preferably with a sunroof.

A Florida native who's won a substantial following in her adopted home of Minneapolis, Sowers leads Davina and the Vagabonds just as confidently as she commands her piano. Accompanying her in "lipstickandchrome" are a honking trombone and trumpet, a walking bass and a steady drum; she enlists her male musicians as backup singers, as well, when she floats up into a nasal and flirty "no, no, no, no, no" as the men shout, "Nothing could go wrong." When she repeats the line, it almost sounds like, "Nothing couldn't go wrong."

That may be a Freudian slip. In the liturgy of love songs, lots of things can go wrong when a singer tells her swain that she's "the girl of your dreams" and he'd "better throw out that watch, 'cause things are gonna move real fast." But for the time it takes to sing one swinging song, Sowers makes the case that lipstick and chrome can conquer all.