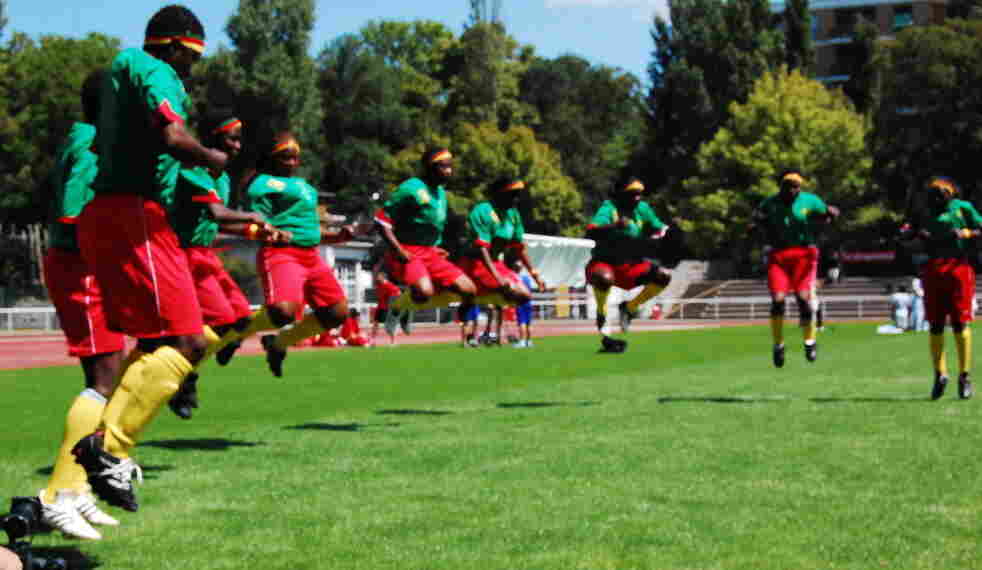 "Hey Ladies, Kick the Ball" is the official song of "Discover Football," the international football festival held in Kreuzberg, a parallel tournament to this summer's FIFA Women's World Cup.

Valerie Assmann, a soccer player in Berlin, says the idea for "Discover Football" was born after she and her teammates played a friendly match in Iran.

"[It was] the first official female football match in Iran. We were thinking that the World Cup is coming to Germany and we wanted to do something for it," Assmann says.

The match against the Iranian women's team left a lasting impression on Assmann and her fellow Berlin players. They documented their experience in the award winning film Football Under Cover.

This eventually led to "Discover Football," a festival that shows how football empowers women in difficult circumstances and areas around the world. All of the eight participating teams address social issues through football, including the team from Cameroon.

"We organize small football games in order to sensitize people about HIV and Aids, especially men," a Cameroon spokesperson says.

"Men believe that they are not infected so we organize matches like that in small quarters. We give out fliers, we give posters to make people to know that it's not only a problem of women."

"Slum Soccer" traveled all the way from India to Berlin. Their work focuses on helping homeless people get off the street.

The female players from Togo are volunteering lawyers who focus on women's rights. 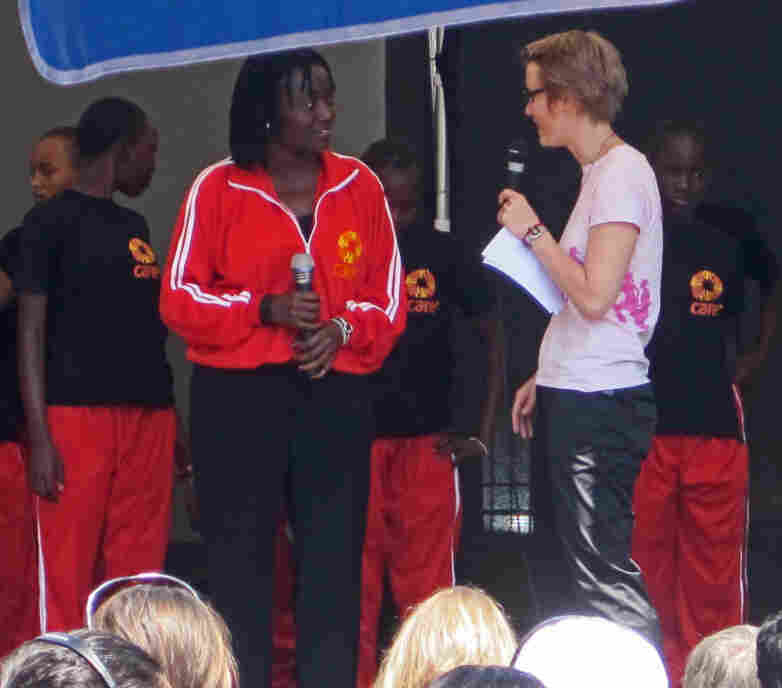 Among the guests at the opening ceremony of Discover Football were 14 girls from Kenya, a football team lead by Auma Obama. US President Barack Obama's half-sister works for the aid organization "CARE" using sports as a tool for social change.

"When they have an opportunity in a safe environment to be able to be just children, that is already half of the battle won. And then we go and do all the work around, teaching them that they are important, that they have self esteem, that they have a right to be human beings that are treated well. But they also have to do something about it. They have to be committed, they have to be focused and work towards it as a team," Obama says.

The trip to Germany, Obama says, gives her girls a chance to see different ways of life, and different options away from their poverty scenario. Auma Obama knows Germany very well; she studied in Heidelberg and Bayreuth. When asked about her experience in Germany, she would like to dispel some of the old cliches Non-Africans have about Africa.

"This idea that Africa is so small and that we gotta look after poor Africa. No, Africa is huge and Africa has different countries, and every country is an individual country and has to be treated as such. And also another thing is this cliche of helping, that people feel. 'Oh we have to help.'

"Often all you have to do is have a dialogue with each other and come up with an idea that supports both countries, be it Kenya and Germany. One has to sit at a table eye to eye and work together. It's just a fantasy of Germany being so much bigger than Africa."