Accessibility links
Chavez Reappears; His Illness Remains A Mystery The charismatic Venezuelan president was rushed into surgery in Cuba on June 10. A video has now been released showing him talking spiritedly with Fidel Castro, but little is known about Hugo Chavez's condition. 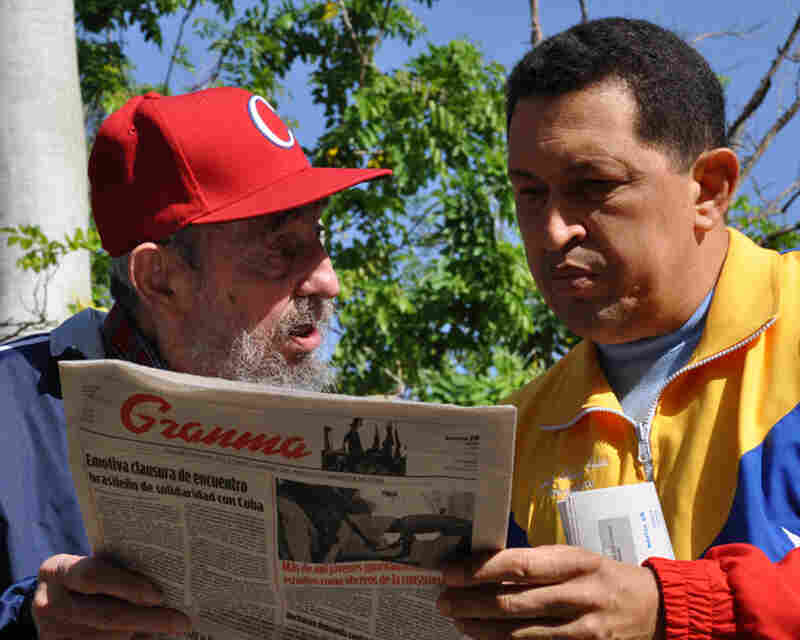 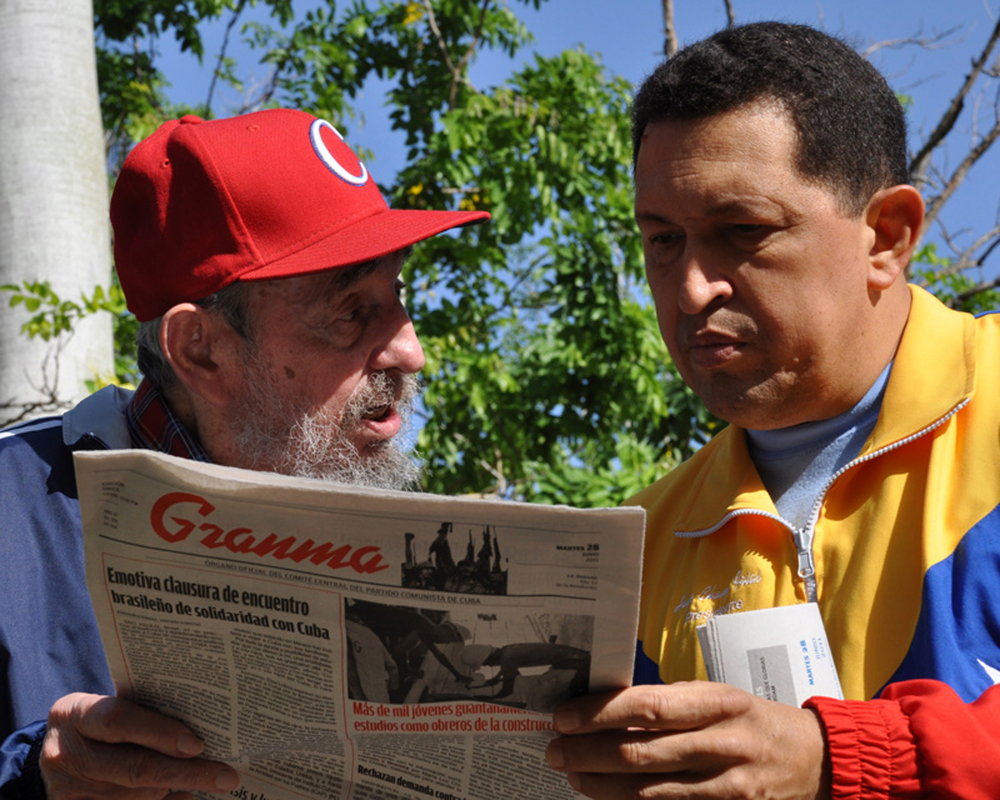 Venezuela's colorful and bombastic leader has reappeared after a long public absence.

President Hugo Chavez, who frequently goes on air to accuse the U.S. of plotting against him, hadn't been seen since June 10 when he underwent surgery in Cuba. But now, he has surfaced in a video, spiritedly talking to Fidel Castro.

"Socialism or death — we'll be victorious," said Chavez, who appeared to be walking gingerly as he spoke to Castro.

The video that aired Wednesday showed images of the two men holding Tuesday's edition of Cuba's state newspaper. But it did little to clear up the many questions concerning Chavez's health.

For 18 days, officials had faced an increasingly anxious political class demanding to know what was happening with Chavez. What the officials said in public only fueled rumors. At one point, Foreign Minister Nicolas Maduro told reporters Chavez was in a "battle for life."

For many Venezuelans, it was hard to understand why the government was treating Chavez's health like a state secret.

Carlos Correa, the head of the think tank Public Space, said that only generated more rumors.

"For Venezuelans," he said, "it had all been strange because over his 12 years in power, Chavez has been on television practically every day."

On Hello Mr. President, he hectors opponents and warns of diabolical American plots to grab Venezuela's resources. The cameras had also followed Chavez to Cuba for a visit with Castro and other leaders.

On June 10, though, he came down with abdominal pains and was rushed into surgery. Two days later, Chavez phoned Venezuelan state television to say he was recuperating. That was the last time Venezuelans heard his voice.

That prompted some Venezuelans, among them Demetrio Boersner, a historian and former diplomat, to argue that Chavez's absence should trigger a temporary transfer of power.

Chavez's aides said there was no need, that the president was recuperating and running the affairs of state from Cuba.

Until now, Chavez's health has never really been in question. The 57-year-old populist may love the rich food of his country and has clearly put on some pounds, but he's also known for his boundless energy.

Still, even after the release of the videos, little is known about Chavez's condition. And Venezuelan officials have yet to say exactly when he'll return, though last week, Chavez's brother, Adan, said it could be this weekend.