Accessibility links
Is GOP Resolve On Taxes Showing Cracks? Most Senate Republicans voted two weeks ago to end a tax break for ethanol. Some see that vote as a chink in the armor of anti-tax crusader Grover Norquist and the no-new-taxes pledge he's gotten almost every GOP lawmaker to take. 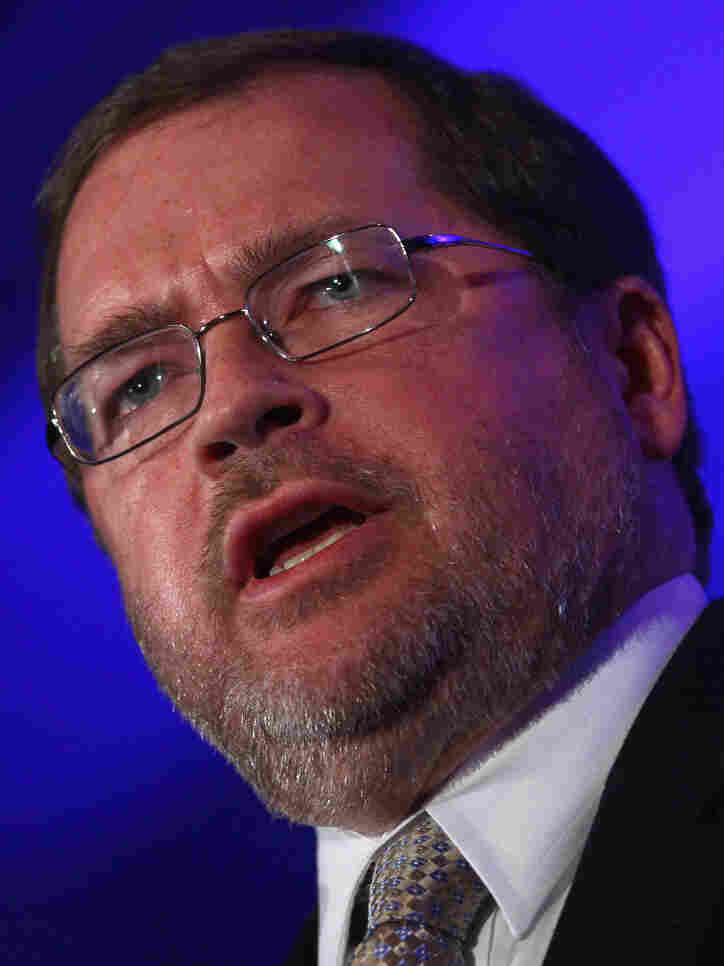 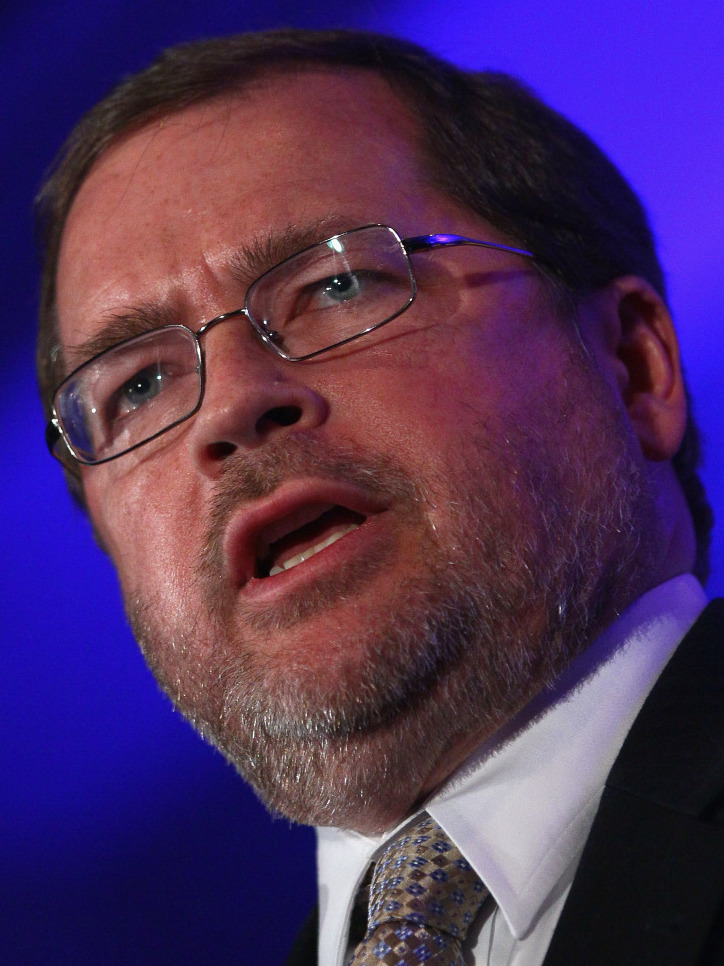 Is Grover Norquist, president of Americans for Tax Reform, losing his legendary grip on GOP lawmakers?

Most Senate Republicans voted two weeks ago to end a tax break for ethanol. Some see that vote as a chink in the armor of anti-tax crusader Grover Norquist and the no-new-taxes pledge he's gotten almost every GOP lawmaker to take.

Senate Democrats are still crowing about the day when more than two-thirds of their GOP colleagues seemed to set aside their anti-tax increase orthodoxy.

"Earlier this month, 34 Senate Republicans voted to get rid of ethanol subsidies," Sen. Charles Schumer (D-NY) said Wednesday. "This was an outright rejection of the Grover Norquist approach to revenues."

The approach was on full display earlier this week during an appearance by Norquist on Comedy Central's The Colbert Report. Host Stephen Colbert confirmed that Norquist opposed raising taxes under any circumstances. He then asked Norquist to imagine that terrorists had kidnapped their grandmothers and were holding them in an underground burrow.

Norquist replied: "I think we console ourselves with the fact that we have pictures and memories."

Norquist and the conservative advocacy group he heads, Americans for Tax Reform, have gotten all but 13 Republican members of Congress to sign a pledge vowing never to raise taxes. That pledge, he explains in an interview at his Washington, D.C., office, is simple.

ONE, oppose any and all efforts to increase the marginal income tax rate for individuals and business; and

TWO, oppose any net reduction or elimination of deductions and credits, unless matched dollar for dollar by further reducing tax rates.

Which Lawmakers Have Signed The Pledge? (PDF)

"It's been out for 25 years now. People know exactly what it is," he says. "It's very clear: If you want to run as somebody who's not going to raise taxes, you take the pledge. If you want the door open to tax increases, you refuse to take the pledge and say, 'I'll raise taxes when I damn well feel like it, you stupid voters.' "

"Would Republican positions on taxes be very different if he weren't around? Probably not," Pitney says. "You'd probably still get the great majority of Republicans opposing taxes."

All this year, Norquist has feuded publicly with Sen. Tom Coburn (R-OK). Norquist insists that Coburn's drive for a Senate repeal of a $6 billion annual tax break for ethanol was really a bid to raise taxes. Coburn says it was about ending a bad policy.

"It doesn't matter what anybody else's definition of that is," Coburn says. "Stupidity is stupidity."

Norquist says he has just tried to hold Coburn to his pledge not to raise taxes.

"Coburn would like to make this some sort of fight with me, but that's silly," he says. "His commitment, which is to the people of Oklahoma, is that he wouldn't vote for a tax increase. He's basically told them, 'I lied.' "

By implication, so did the 30 other Republicans who voted to end the ethanol tax break and who also signed the pledge.

Maine Sen. Susan Collins is one of the seven Senate Republicans who have not signed Norquist's tax pledge. She says she doesn't sign pledges.

"I pledge allegiance to the flag and to the Constitution, and that's it," she says.

She says her vote to end the ethanol subsidy could be the start of a trend.

"There may be other loopholes in the tax laws or incentives that are no longer needed or too expensive, simply not affordable, that we should ... take a look at," she says.

Some Republicans who did sign Norquist's pledge are also open to taking aim at more tax loopholes, including Sen. John Cornyn of Texas.

"As Ronald Reagan said, the closest thing to eternal life on Earth is a temporary government program," he says. "And that's certainly true of some of these special tax provisions that are embedded throughout the tax code, that we needed to take a look at all of those."

Those hammering out a deficit-reduction package will likely be taking a close look as well.