Accessibility links
There's Nothing Funny About Colbert's SuperPAC Comedian Stephen Colbert started a political superPAC as a joke. But — his bad — it turned out to raise some basic questions about campaign finance law. On Thursday, the Federal Election Commission gave Colbert most of what he'd asked for. 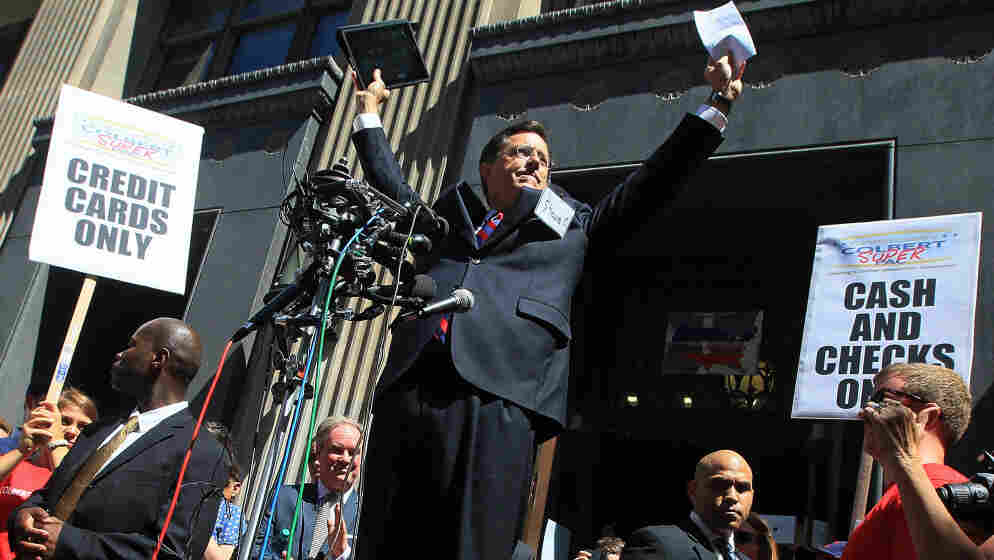 Show-biz celebrities just gravitate toward someplace in Washington: Capitol Hill, the White House, certain restaurants. But on Thursday, Comedy Central star Stephen Colbert showed up at the Federal Election Commission, which was weighing his bid to launch a political action committee.

TV camera crews turned out, Colbert tweeted, and a crowd gathered. And along the way, the FEC made two significant decisions that could affect players in the 2012 elections.

The normally fractious FEC, the agency charged with enforcing campaign finance laws, gave Colbert most of what he'd asked for. Then, with more than 100 fans in front of the commission's building, he told a campaign-finance law joke.

But there's actual substance behind the punch line: Colbert is setting up a superPAC to run campaign ads. The FEC got involved when he asked for an opinion on how to finance the superPAC. His query suggested the possibility of a new loophole — a way for media companies to underwrite commentators with political ambitions. 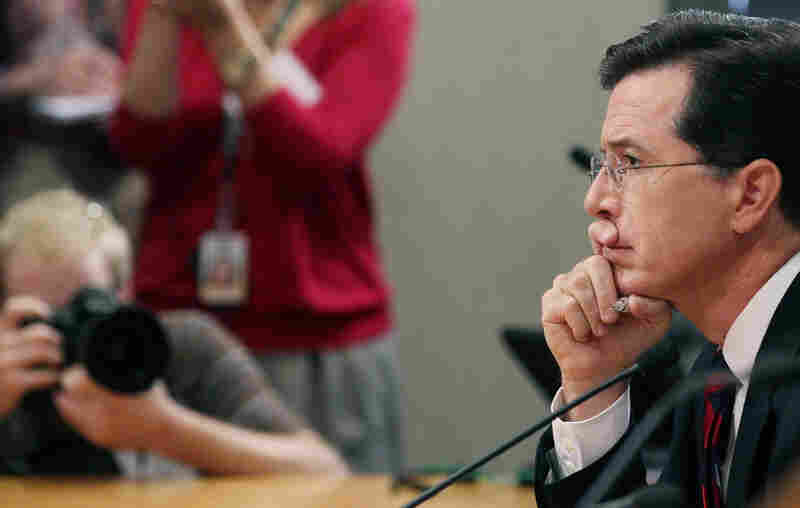 "We don't know what we're going to do with the ads ... because we don't have the PAC yet," Colbert told FEC commissioners Thursday. Mark Wilson/Getty Images hide caption 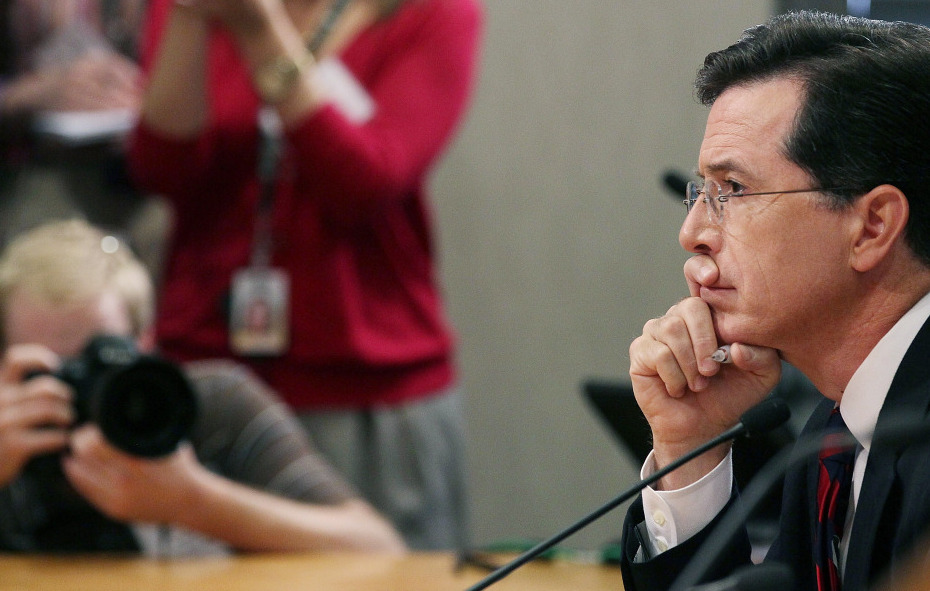 "We don't know what we're going to do with the ads ... because we don't have the PAC yet," Colbert told FEC commissioners Thursday.

The commission was glad for the attention. Here's Democratic Commissioner Ellen Weintraub during the hearing:

"Thank you, Mr. Colbert, not only for coming in today and presenting us with this interesting question, but for raising the profile on the important issues that we deal with every day. We --"

"You're welcome." That was one of just two times Colbert spoke during the proceedings. Just for the record, here's the other one:

"We don't know what we're going to do with the ads, where we would place them, because we don't have the PAC yet. You're right in surmising that. That's why I hope to get the PAC, so we can find out."

The big question was whether Viacom, the company that owns Colbert's show, could financially support everything the superPAC does. Colbert wanted Viacom to be treated as a press entity — that is, exempt from the campaign finance laws.

Republican Commissioner Don McGahn was sympathetic. "The question as I see it is, where does commentary end, and where does normal campaign finance law begin?" he asked.

But McGahn didn't have any support. The commission voted 5-1 to deny Viacom special treatment. And otherwise, it unanimously supported Colbert.

"Mr. Colbert, you may form your PAC, and proceed as the commission has advised in this opinion," said Commission Chairwoman Cynthia Bauerly.

At that point, Colbert left. The commissioners stayed around and unanimously rejected another attempt to loosen the rules.

Conservative lawyer James Bopp has proposed that federal candidates solicit unlimited contributions for superPACs, and that the donors can earmark their contributions to help those candidates.

Even after Citizens United and other recent court rulings, commissioners couldn't see a legal basis for it.

And speaking of change, Colbert was outside, raising money for his superPAC.

He was taking checks, too.