Accessibility links
Movie Review - 'Larry Crowne' And 'Transformers': Two Movies Fitting For The Fourth One humble, one humongous, these movies couldn't be more different. Larry Crowne is low-tech with human-scaled characters. Transformers: Dark of the Moon is like War of the Worlds on steroids. But in their own way, each one is perfect for the holiday weekend, says critic David Edelstein. 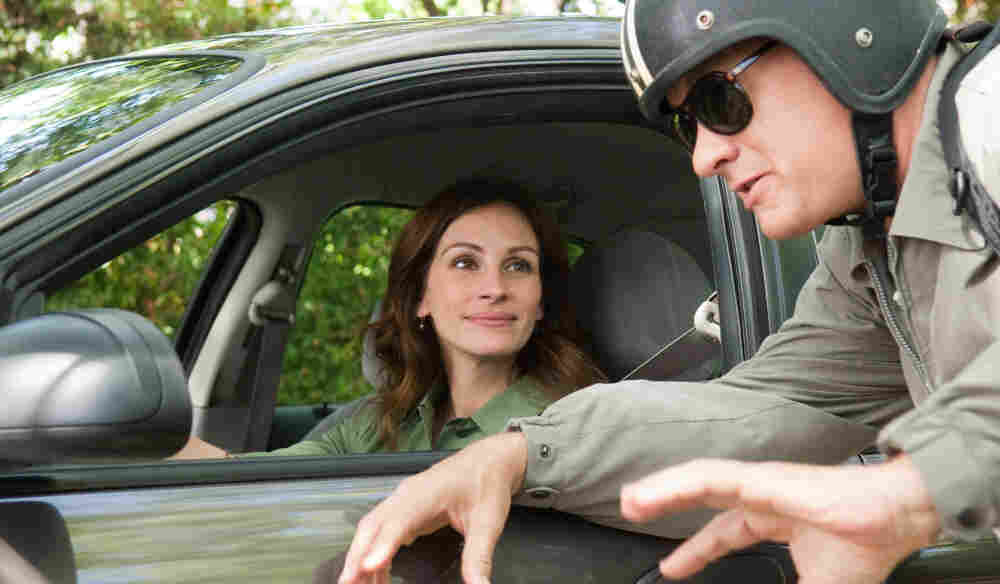 Need A Lift?: In the humble but happy Larry Crowne, Tom Hanks is a middle-aged salesman who goes back to college, where he enrolls in a class taught by Mercedes Tainot (Julia Roberts). Bruce Talamon/Universal Studios hide caption

The July Fourth weekend brings textbook Hollywood counter-programming. On one side of the multiplex you'll find the teen-male-oriented blockbuster franchise sequel Transformers: Dark of the Moon, in which giant mutating robots put their fists through one another amid crumbling skyscrapers. 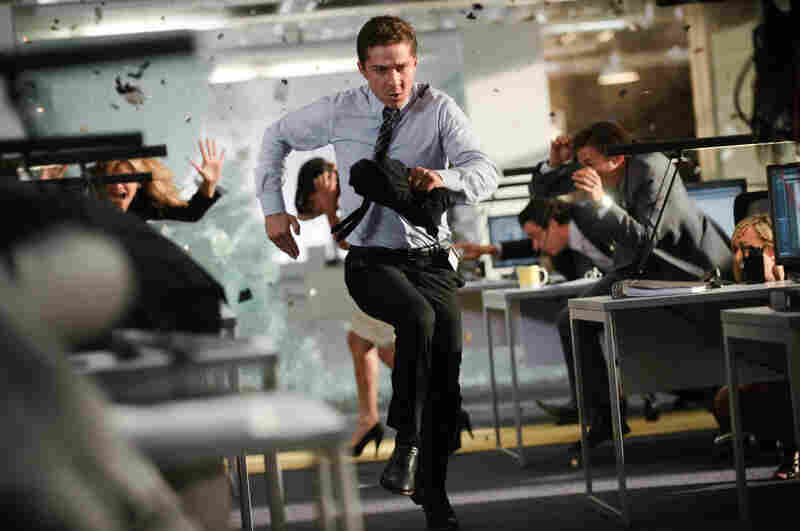 Another Run: Sam Witwicky (Shia LaBeouf) flees from evil killer space robots yet again in the "stupendous piece of blockbusting" that is the latest installment of the Transformers franchise. Jaimie Trueblood/Paramount Pictures hide caption 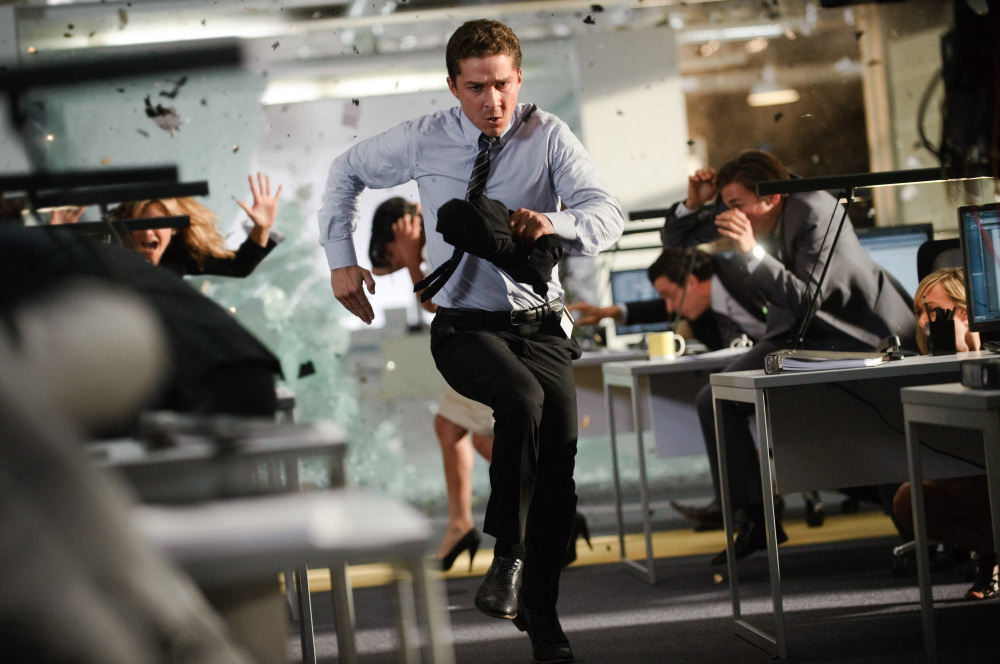 Another Run: Sam Witwicky (Shia LaBeouf) flees from evil killer space robots yet again in the "stupendous piece of blockbusting" that is the latest installment of the Transformers franchise.

Transformers: Dark Of The Moon

Rated PG-13 for intense prolonged sequences of sci-fi action violence, mayhem and destruction, and for language, some sexuality and innuendo

Over in the non-3-D wing is the quiet grown-up comedy Larry Crowne, in which 50-something Tom Hanks as a laid-off megastore manager sorta-almost-romances 40-something Julia Roberts as his married community college professor. The choice is stark. But I think both movies give a surprising amount of pleasure.

"What? You like a movie by Michael Bay?" Yes, though Bay does make it easy to hate him. He's a trophy director: the hottest actresses, the hottest cars, the hottest cars that transform into the hottest robots thanks to the hottest FX ... The second Transformers movie was an overblown hash. But this one, once you get past Bay's trademark sexism and gigantism, is a stupendous piece of blockbusting.

There's a lot of plot, but it comes down to the bad Transformers, the Decepticons from the planet Cybertron, attempting to enslave the population of Earth, hitherto protected by the good Transformers, the Autobots, led by Optimus Prime, friend to earthling Sam Witwicky, played by Shia LaBeouf.

It takes awhile to get oriented. The simplest dialogue scenes are confusing because Bay shoots nothing simply. And he'll rub some folks the wrong way by introducing his new leading lady, lingerie model Rosie Huntington-Whiteley, via the backs of her thighs. But once the humans and Autobots go up against the Decepticons in a devastated Chicago, the movie is like War of the Worlds on steroids. The vistas induce vertigo, and as the camera plunges after our paratrooper heroes down massive skyscrapers toward robots mashing one another's heads and a giant Decepticon octopus with incinerating tentacles, you'll feel the elating transformative power — of Hollywood money.

Larry Crowne is low-tech, its characters human-scaled. Tom Hanks wrote it with Nia Vardolos, whose My Big Fat Greek Wedding he produced with his wife, Rita Wilson. It's a family affair and the movie is about family — warm surrogate families in a cold capitalist climate.

Rated PG-13 for brief strong language and some sexual content

"How long was that broken?" he asks, as he dials away on her car's dash.

"Ever since my husband installed it," she says.

"You'll just have to find out," she says.

He hops back on his scooter. "Follow me," he shouts.

That "interesting" is ... interesting, because as Hanks plays him, Larry isn't especially interesting. I'm almost sorry he directed Larry Crowne, since he's so self-effacing. Another director might have pushed him to be faster on the draw, less blandly accepting. But the movie does have a generous feel, happy and bustling and multicultural.

The message is explicit. Capitalism can be cutthroat, but you can stay afloat and not hurt others. Larry's second college course is economics taught by the hammily stentorian George Takei, who helps him figure out how to get by on what he earns. His friends live lightly, in supportive communities, among them Cedric the Entertainer as a neighbor with an ongoing lawn sale, and a vivacious actress named Gugu Mbatha-Raw as a fellow scooter-rider who makes it her project to dress Larry better — and then opens her own secondhand store. It's very cozy, and how badly off can Larry be with Julia Roberts, always and forever a movie star, coming to dinner? But Roberts is wonderful, as she often is playing characters for whom that wide Julia smile comes hard.

There's something fitting about Larry Crowne and Transformers opening July Fourth weekend. Both are about threats to American decency: Decepticons, heartless employers — and people who make war or cultivate inner peace to keep from being enslaved.