Accessibility links
Lazy In America: An Incomplete Social History The Founding Fathers considered laziness a vice. But as the country prospered, some Americans came to appreciate laziness — creating a remote-control culture revolving around La-Z-Boys and TV dinners. Others still have to work at it.

Pop open a can of beer, pull up a deck chair and let's talk about laziness in America.

Did you hear about that Philadelphia teacher who was suspended earlier this year for calling her students "lazy whiners"? Have you seen that in the past few months there has been a spate of books published for lazy Americans, including The Lazy Gourmet and The Lazy Intellectual? Have you tried Lazy Cakes relaxation brownies, tasted Lazy Magnolia beer from Mississippi or heard Bruno Mars' catchy new Lazy Song? 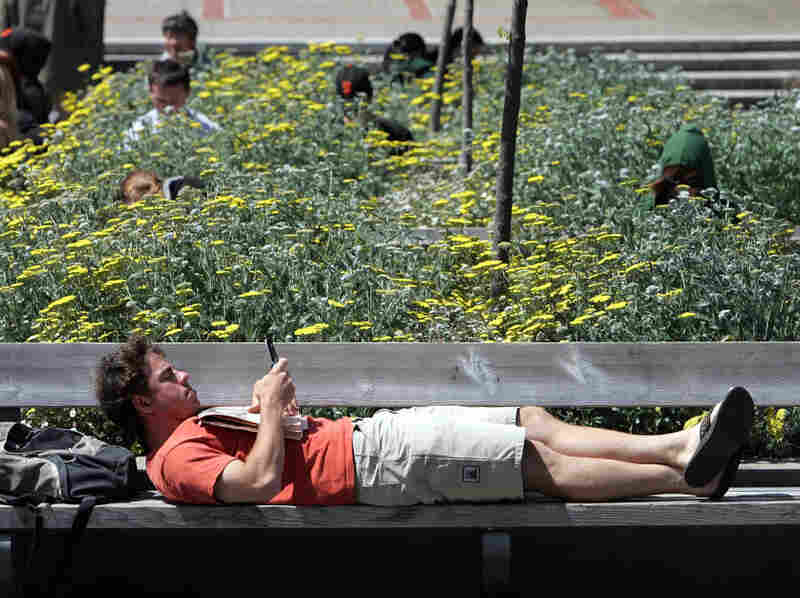 And look here. This is the recent American Time Use Survey, conducted by the Bureau of Labor Statistics. It says Americans are working less (26 minutes a day less than in 2007) and goofing off more (sleeping and watching TV are on the increase).

Are we becoming a lazy nation?

Maybe the answer is found in how we choose to spend our leisure time. In this debate, as in so many others, we are two nations — those who believe that a day off should be used to improve ourselves and those who want to use their down time to do nothing.

In the same way that "what we do" determines who we are, "what we don't do" also matters. And — help yourself to another beer — the question of how we use our leisure time gets at the heart of the American experience.

In earliest America, laziness was considered by many to be a vice. Or at least a luxury. This was the egalitarian New World where hard work could make dreams come true — if you didn't spend too much time dreaming. The Founding Fathers never foundered: They were always on the go.

All progress in society, since the beginning of time, has been driven by lazy people looking to avoid work.

"Determine never to be idle," Thomas Jefferson said. "It is wonderful how much may be done if we are always doing." Jefferson was such a multitasker, he famously kept books within reach at Monticello so he could read while he waited for guests to gather for dinner.

Benjamin Franklin let it be known early on how he planned to use his days off. "Leisure is the time for doing something useful," he said. "This leisure the diligent person will obtain, the lazy one never."

But by the time the 20th century rolled around, some people were beginning to argue that a little laziness was not all bad.

"Laziness promotes invention," the Los Angeles Times reported in 1910. The article related the story of a kid who was assigned to monitor a water pump powered by a steam engine. His job was to watch a piston rod rise, and when it reached a certain point, he was to open a valve, release the steam and allow the process to start all over again.

"Now this boy was essentially lazy," the story explained. "He found this occupation monotonous in the extreme. And so it happened one day that his master came and found no boy, although to his astonishment the pump was working perfectly. The lazy boy had procured some pieces of iron, and with these he had made the engine work the valves automatically, thus giving him his freedom. And this was the first invention of an automatic steam engine."

This was during the era of William Howard Taft, who was president from 1909 to 1913. Presidential historian Richard Norton Smith says Taft "despised the political demands of the presidency, and became notorious for nodding off in Cabinet meetings and other events — once sleeping though an open car tour of New York City. Of course, his excessive weight and accompanying sleep apnea may have had something to do with it."

As Americans prospered, and increased industrialization led to more luxurious leisure time, some people believed that off hours provided an opportunity for self-improvement, through exercise or reading, for example. "After you have worked six, eight, ten or even twelve hours day, do not think your remaining hours can be wasted in pleasure," John Candee Dean wrote in the Indianapolis Star in 1920. "Do not waste your time at the 'movies,' at the theater or in the street. If you will employ all your spare time well, you can not only become financially independent, but also a man of education."

Others believed that leisure time was the perfect time to do nothing. And in 1928, a couple of Michigan cousins in the furniture business capitalized on this national strain. Using orange crates, they designed a chair that tilted back in a daybeddish way. They took suggestions for the name of their new objet d'sloth: the Sit-N-Snooze, the Slack Back and the Comfort Carrier. Eventually they settled on a name that reflected the delighted self-image of some Americans: They called their soon-to-be-classic recliner the La-Z-Boy.

Americans began to take summer vacations. But often they didn't want to do anything. At a pre-summer meeting of resort operators at the University of New Hampshire in 1948, there was a general lament, according to the Boston Globe, "that many vacationists never get beyond the luxurious laziness of lounging on a porch where they can contemplate the beauty of a mountain, or a lake, or a peaceful village."

And at the epicenter of 20th-century American lazitude was the television set. In 1950, a few Zenith TV models featured the first remote control devices — called Lazy Bones. In 1954, Swanson created the "TV dinner." Lazy Americans sat in recliners, ate prefab dinners and enjoyed shows about other lazy Americans, such as Chester A. Riley in The Life of Riley and Maynard G. Krebs in The Many Loves of Dobie Gillis.

But always there was a parallel American voice that was alarmed by donothingness. In 1973, the rate of increase in American productivity had slowed down so much, the Department of Commerce launched a $10 million advertising campaign to encourage Americans to be more productive. "Americans didn't get rich by goofing off," was one of the ads.

That year Harry Bernstein wrote in the Los Angeles Times: "Some persons believe there is a greater tendency today to treat work more casually than in the past and that this represents a basic attitudinal change in workers, a new 'the hell-with-it' feeling."

Lazy In The 21st Century 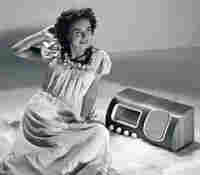 By the time the 20th century rolled around, some people were beginning to argue that a little laziness was not all bad. Library of Congress hide caption

Over the interim decades, the battle over how we spend our leisure time turned into an all-out war between two extreme camps — those who use it and those who snooze through it. The divisiveness continues today. Some Americans exercise religiously; others grow more obese. Some go to night schools; others are diverted by video games. Some believe that computers and the Internet have made us lazier; others aver that technology has increased our productivity.

And the debate, in very American fashion, has gotten even more complicated. "In the 21st century," says Sloan Gaon, CEO of the restaurant-delivery website Dotmenu.com, " 'being lazy' is about getting what you want, when you want it, delivered to you."

In fact, President Obama — himself a multitasking Jeffersonian type — waded into the issue in 2009 when he warned graduating seniors at Arizona State University that too much work in the pursuit of fancy trappings is not a good thing. "A relentless focus on the outward markers of success," Obama admonished, "can lead to complacency. It can make you lazy. We too often let the external, the material things, serve as indicators that we're doing well, even though something inside us tells us that we're not doing our best; that we're avoiding that which is hard but also necessary; that we're shrinking from, rather than rising to, the challenges of the age. And the thing is, in this new, hyper-competitive age, none of us — none of us — can afford to be complacent."

And so we are left on this Independence Day Weekend 2011 wondering what to do with our independence. Should we be lazy or leisurely or neither? "Laziness, oftentimes interchanged with leisureliness, has a negative connotation that suggests a person hasn't bought in to the utilitarian agenda," observes Daniel L. Dustin, chairman of the Parks, Recreation and Tourism Department at the University of Utah. "I think leisureliness refers to a pace of life that is not governed by the clock. It tends to run counter to the notions of economic efficiency, economies of scale, mass production, etc. Yet leisureliness to me suggests slowing down and milking life for all it is worth. I see it as a good thing."

Sounding a little Franklinian, Dustin says, "Our infatuation with time-saving devices does not suggest to me so much that we are lazy as it suggests that we place a great deal of emphasis on doing things quicker and more efficiently to save time. Indeed, I think Will Rogers said something to the effect that we rush through life to save time, but we have no idea what to do with the time we save." 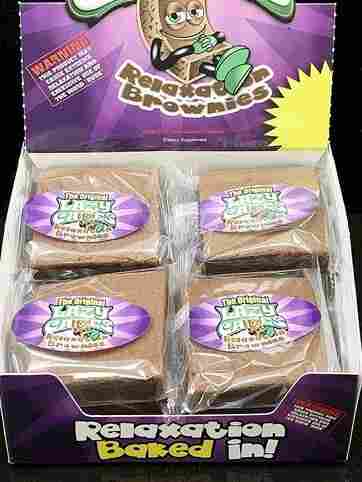 Businessman and blogger Fred Gratzon, on the other hand, sees the usefulness in laziness. "One can be lazy and accomplish nothing. However, one can also apply his or her God-given laziness to accomplish a great deal."

If you think about it, says Gratzon, creator of the LazyWay blog, "all progress in society, since the beginning of time, has been driven by lazy people looking to avoid work. For example, the first guy to put a sail on a boat was looking for a way to avoid rowing. The guy who first hitched a plow to an ox was looking for a way to escape digging. And whoever harnessed a waterfall to grind grain was too lazy to pound it with rocks. These types of people were considered lazy by their peers. But it was this laziness — this most sublime quality — that gave the world these advances.

He adds, "Those who declare laziness a vice must be jealous. And when a politician — or anyone — condemns laziness and claims he or she is 'working hard' to solve a problem, he is simply admitting that he is not smart enough or creative enough to find an easier — lazy — way of accomplishing what needs to be done."

Let's think about that for a while. Want another beer?