Accessibility links
Alysa Stanton: On Race, Gender In The Role Of Rabbi The first African-American woman to serve as a rabbi leads the Bayt Shalom synagogue in Greenville, N.C., and her contract expires this month. Host Michel Martin speaks with Stanton about how she rose to her position, what she hopes to accomplish, and where gender and race fit into the concept of a religious leader. 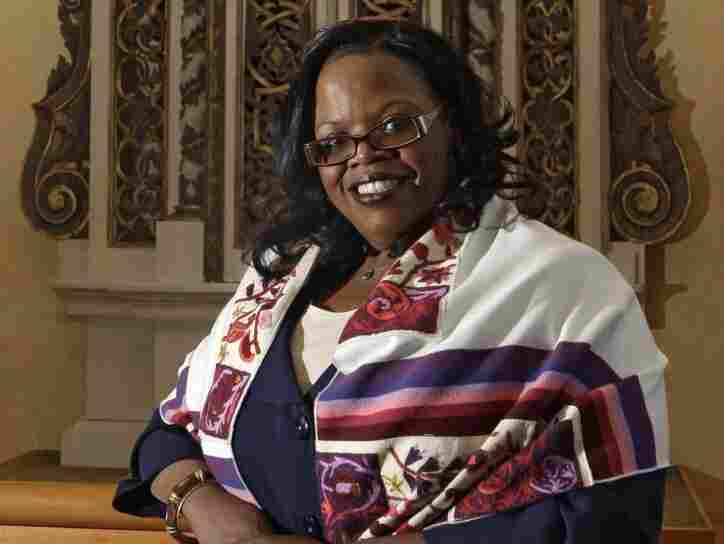 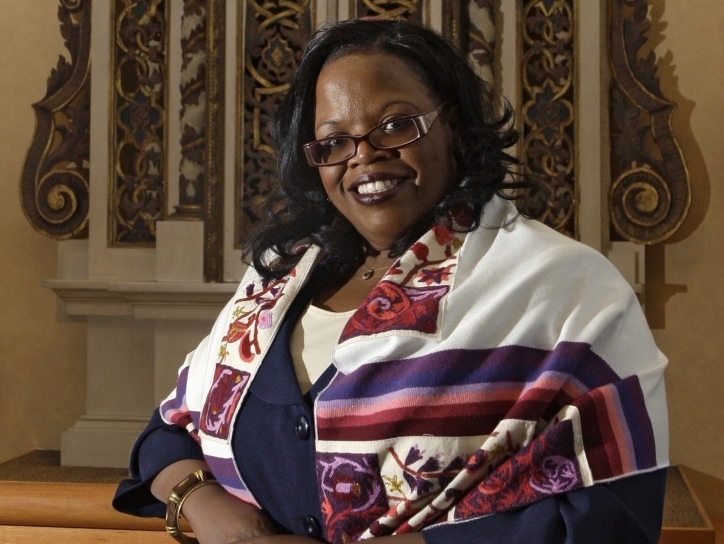 Alysa Stanton stands in the synagogue at Hebrew Union College on May 21, 2009, in Cincinnati. Stanton was later ordained as mainstream Judaism's first black female rabbi. She serves at Congregation Bayt Shalom in Greenville, N.C.

Alysa Stanton made headlines by becoming the first African-American woman to be ordained a rabbi.

After completing her studies at Cincinnati's Hebrew Union College, she took over the Bayt Shalom synagogue in Greenville, N.C. That was in 2009. Her contract expires at the end of this month.

In an interview with NPR's Michel Martin, Stanton says she began her spiritual search at a young age.

"I had called a priest to find out more about Catholicism and to make an appointment with him at 9 years old," says Stanton, who was raised Pentecostal. The phone rang one night, she says, and her older sister answered it and handed it to her mother. It was the priest calling back. "A man who calls a 9-year-old girl at night would be a concern for any parent. So that's when my journey began officially, that I can recall," she says.

In her early 20s, while living in Denver, she was undergoing "a traditional conversion" to Judaism and learned about the role of a cantor, Stanton says — "leading people to prayer through music."

"I thought that would be my nirvana: to be able to sing and pray and praise God, and get paid for it. So I said, 'OK, God, open the door and point the way.' And I went to my rabbi, got his blessing, and the rest is history, so to speak."

In her service as a rabbi, her background "provides challenges for some and opportunities of others," she says.

"I'm a single parent. I'm an African-American rabbi who happens to be female. Each of those in itself presents its own uniqueness and its own challenges. But when you combine them together, it's a lot for some people," she says.

"To others who are older, who are used to seeing an Anglo male, that is their concept of what a rabbi is and should be. [Is] either one of them greater than the other? Absolutely not," she says.

"So, I learned to deal with the issues head-on. Other people have not honed those skills so well. And so we just deal with it to the best of our ability."

In addition to leading Bayt Shalom, Stanton is writing a book and giving seminars and lectures around the United States.

"I continue to be on my outreach to people of all faiths, and clergy of all faiths, because I believe that together we can invoke change in this world," she says.