Accessibility links
After 50 Years, Remembering Hemingway's Farewell In January 1961, the Nobel Prize-winning novelist told his wife that he could no longer write a single good sentence. And Ernest Hemingway would only settle for great ones. He was 61 years old when he shot and killed himself, 50 years ago, on July 2, 1961. 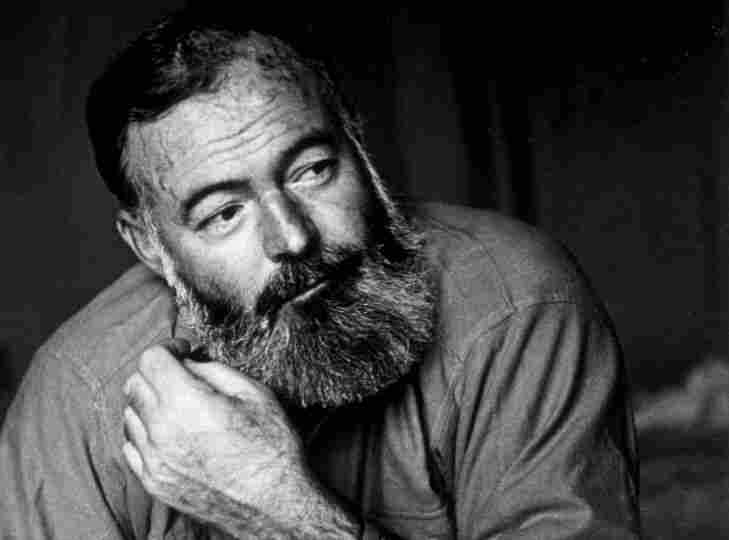 Nobel Prize-winning novelist Ernest Hemingway was 61 years old when he shot and killed himself, 50 years ago, on July 2, 1961. He is pictured above in 1944. Kurt Hutton/Picture Post/Getty Images hide caption 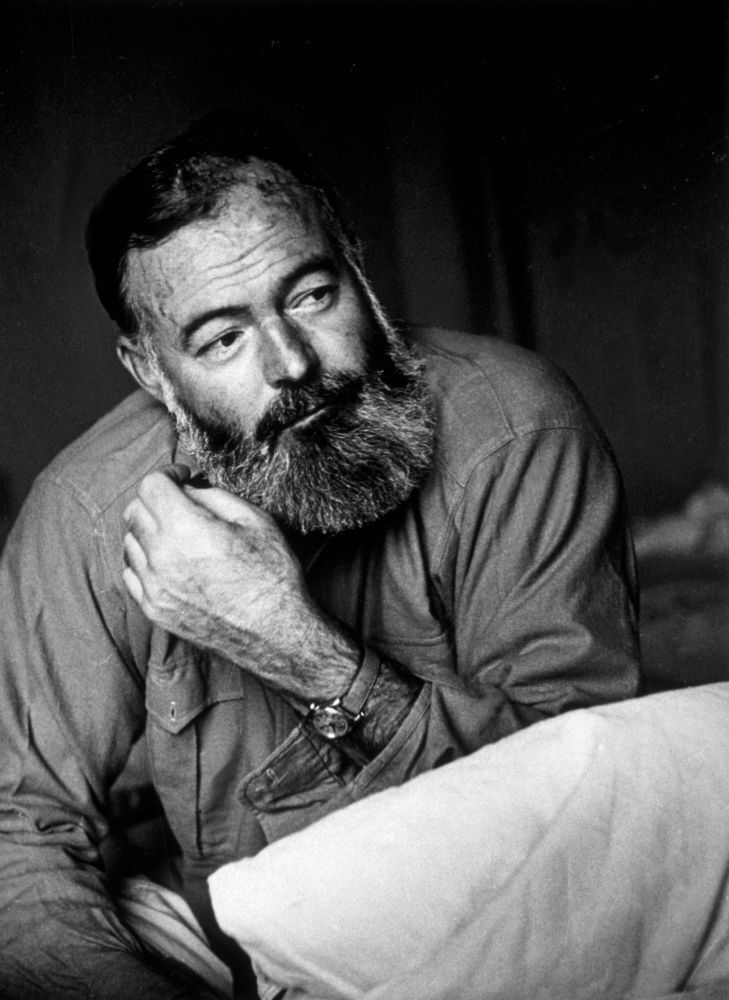 Nobel Prize-winning novelist Ernest Hemingway was 61 years old when he shot and killed himself, 50 years ago, on July 2, 1961. He is pictured above in 1944.

Fifty years ago, on July 2, 1961, the writer who seemed to personify courage and strength put a shotgun in his mouth and pulled the trigger. Ernest Hemingway was 61 years old. He was a boxer, a boozer, a philanderer and big-game hunter who wrote some of the most sublime prose of the English language: short, sharp, piercing sentences that told stories about soldiers, lovers, hunters, bravery, fear and death.

Hemingway had seven novels published in his lifetime, including The Sun Also Rises and A Farewell to Arms; six short story collections, and two memoirs. He won the Nobel Prize for Literature in 1954, and he once wrote that he didn't regret that all the time he had spent shooting lions, catching marlins, chasing Nazi submarines, drinking, carousing and telling tall tales in bars had taken him away from his work. In 1938, he wrote:

In going where you have to go, and doing what you have to do, and seeing what you have to see, you dull and blunt the instrument you write with. But I would rather have it bent and dull and know I had to put it on the grindstone again and hammer it into shape and put a whetstone to it, and know that I had something to write about, than to have it bright and shining and nothing to say, or smooth and well-oiled in the closet, but unused.

When Hemingway shot himself many wondered: How could a man who had defined courage as "grace under pressure" take his own life? Over the past 50 years, the reasons may seem less mysterious. Hemingway's father had shot himself in the head with a Civil War pistol, and suicides often follow a family line.

Hemingway drank too much for too long, and couldn't stop. He boxed, brawled, and otherwise battered his brain in car, motorbike and airplane accidents. He suffered from headaches, sleeplessness, slurred speech and depression. He began to hear voices and see things, and in January 1961 he told his wife, Mary, that he could no longer write a single good sentence. And Hemingway would only settle for great ones.

Today, let's remember the Hemingway who was 23 years old and indestructible, struggling in Paris to be a writer. He wrote a short story — not even 1,500 words — called "Indian Camp," in which a boy named Nick Adams accompanies his father, who is a doctor, to an Indian camp in the Michigan woods one night, where his father delivers a baby and discovers that the baby's father has slit his throat. It's the first time Nick has seen a baby born, or a man die, and in a boat on their way back home across a lake, Nick asks:

"Why did he kill himself, Daddy?"

"I don't know Nick. He couldn't stand things, I guess."

They were seated in the boat. The sun was coming up over the hills. Nick trailed his hand in the water. It felt warm in the sharp chill of the morning. In the early morning on the lake sitting in the stern of the boat with his father rowing, he felt quite sure that he would never die.