Accessibility links
The 'Making Of The President' In The 1960s A new DVD set follows the presidential campaigns of '60, '64 and '68 — and shows just how much times have changed. Critic John Powers says it's hard not to feel a bit nostalgic for the days when running for president was treated as something noble, not grubby. 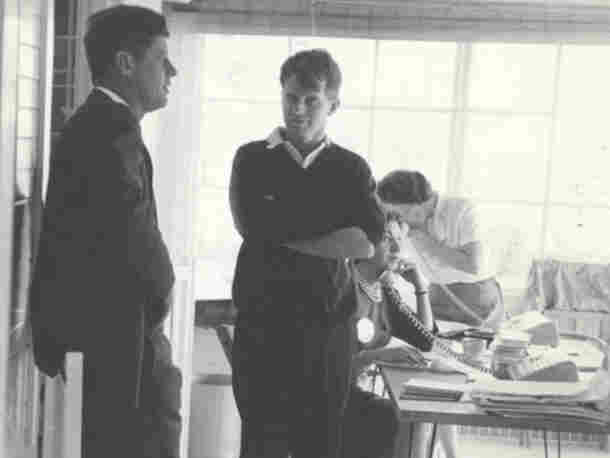 The Making of the President:The 1960s follows the presidential campaigns of '60, '64 and '68. Above, brothers John (left) and Robert Kennedy, shown together in 1960. Acorn Media hide caption 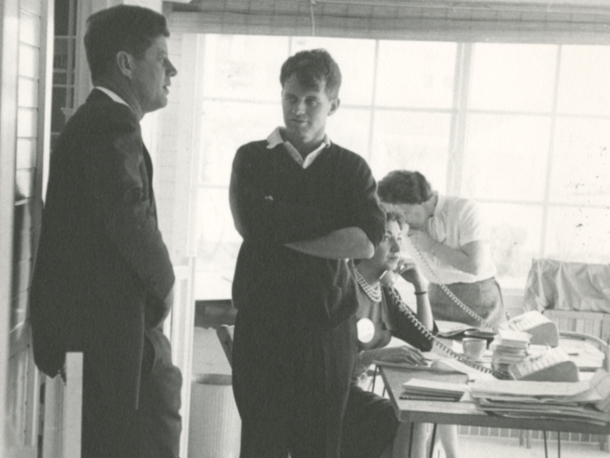 The next presidential election is on Nov. 6, 2012, 16 months from now, so you know what that means. We're already deep into the campaign. I suspect we all know this timetable is crazy — campaigning now takes as much time and effort as governing — but the strange thing is, most people I know just love it.

Not so long ago, campaigning was a bit saner. I was reminded of this watching the three fascinating old documentaries in Athena's new DVD set The Making of the President: The 1960s. They're based on the famous series of bestsellers by Theodore "Teddy" White, who scripted these docs. His first book, The Making of the President: 1960 became such a critical and commercial smash that it helped spawn today's industry in 24/7 campaign coverage.

The movies are as irresistible as fairy tales. For starters, they're chock-a-block with terrific characters, from the doomed, charismatic Kennedy brothers to Richard Nixon and Lyndon Johnson, two figures of Shakespearean dimension. Moreover, all three shows have unforgettable things. 1960 gives us the famous Kennedy-Nixon debate, which forever made TV the central force in our elections. 1964 shows that transformative moment at the GOP convention when pro-Goldwater delegates shouted down liberal Republican Nelson Rockefeller, marking that party's turn toward the brand of conservatism that eventually led to Ronald Reagan's presidency. 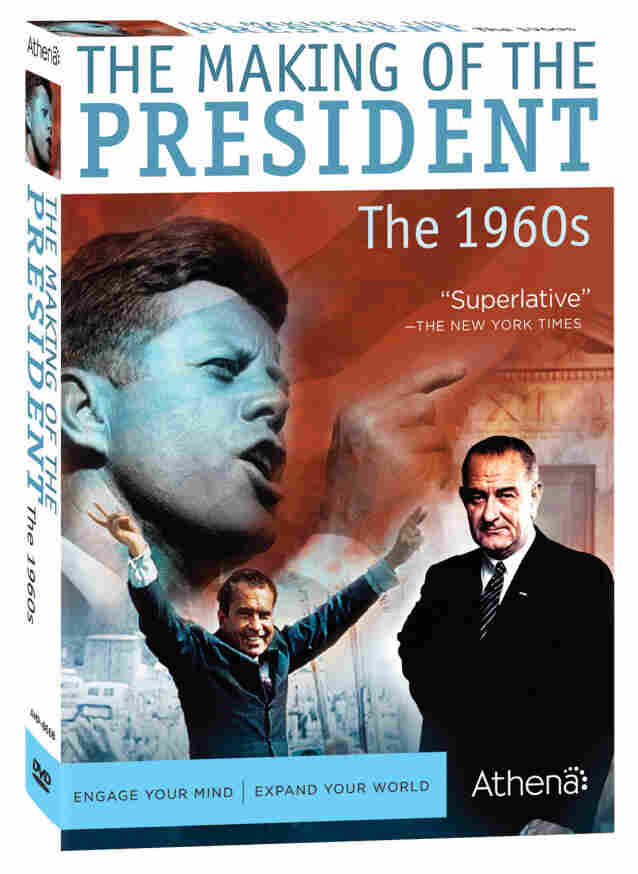 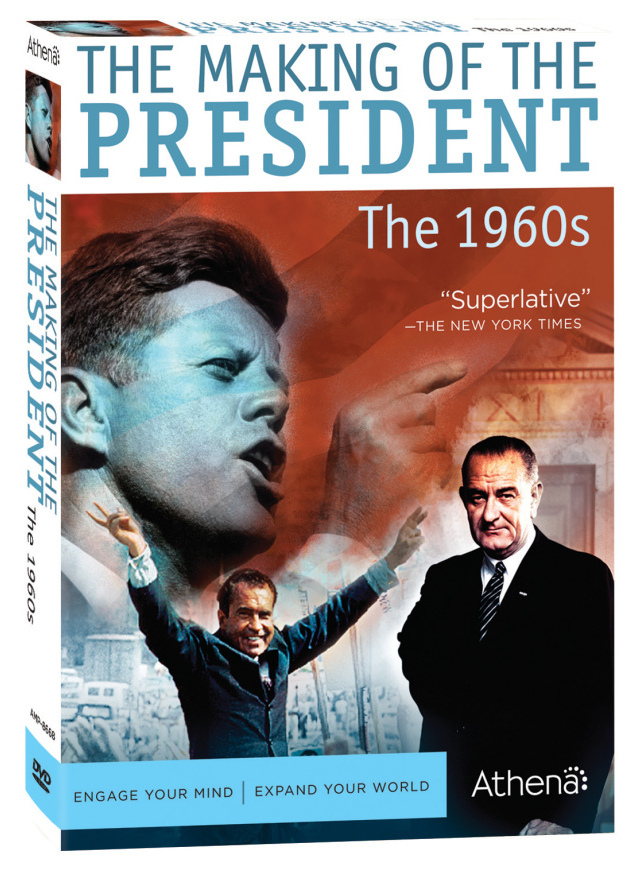 The most dramatic action, of course, takes place in the movie about 1968. It had everything: the Vietnam War, Eugene McCarthy's insurrection, two assassinations, the police riot in Chicago, the ascent of George Wallace, and the eventual winner, Nixon, radically retooling his image.

Indeed, watching these three DVDs, you're struck by how much simpler running for president used to be. For starters, you didn't have to micromanage or orchestrate everything. Where Nixon looked washed out because he wore a gray suit against a gray backdrop in that first debate, candidates now don't just bring several suits — they bring their own backdrops.

Yet what's even more striking is how campaign coverage has changed. The "Making of" series is narrated in the post-war era's official voice, what we might call "Middle American Olympian," which was largely accepted as fair and balanced. These docs offer grand, almost heroic narratives, and treat the candidates with decorous respect. Although White was always a liberal in the Kennedys' pocket, he gave Nixon and Goldwater their due as considerable men who actually stood for things.

These days our news outlets don't dare aspire to the Olympian. The mainstream media is terrified of appearing even remotely partisan, so it fixates on safely non-ideological things like polls, gaffes and behind-the-scenes gossip. That's why you heard as much about Michele Bachmann's blunder in saying that John Wayne came from Waterloo, Iowa, as you did about the policies she's actually voted for. Teddy White would cringe at such lack of perspective.

Then again, many of today's political reporters would cringe at him. In fact, one reason they talk about politicians so cynically is in reaction to mythmaking reporters like White, who covered up unpleasant truths — like JFK's health problems and irresponsible womanizing — and overlooked things that didn't fit his grand, heroic narratives about the run for the White House. White didn't notice that Nixon's '68 campaign used TV in a radically new way — it packaged Nixon like a product. That's why the book on the 1968 campaign that mattered was the one that did notice this, Joe McGinnis' The Selling of the President. It made White's book look naïve, if not clueless.

There is, of course, a huge difference between a president being sold and being made. While I wouldn't want to go back to the kind of coverage we got from White, it's hard not to feel a bit nostalgic for the days when running for president was treated as something noble, not grubby, and hustling reporters didn't feel themselves equal, if not superior to the hustling politicians they cover. Say what you will about Teddy White, he would never have called a sitting president a dirty name on national TV — not even Richard Nixon.