Accessibility links
Smartphones Making It Harder To Call It Quits For some, smartphones have become digital leashes to the office. They can log on and check in at work from just about anywhere. And while this is good for employers, it's making it harder for employees to disconnect and relax — even when they're on vacation. 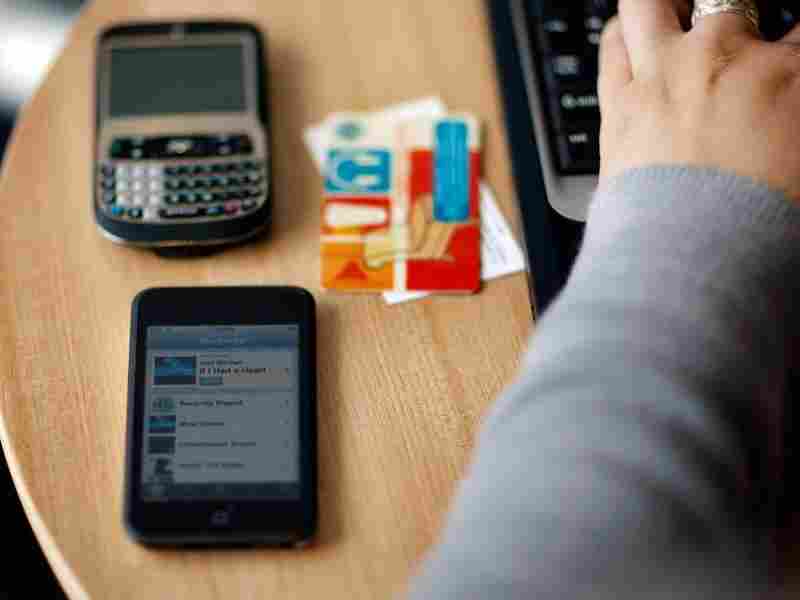 Michelle Zorich sits in a Miami Starbucks in October 2007. Since employees can now log on and be productive from just about anywhere, it's becoming harder for them to take time off, even when they're out of the office. Joe Raedle/Getty Images hide caption 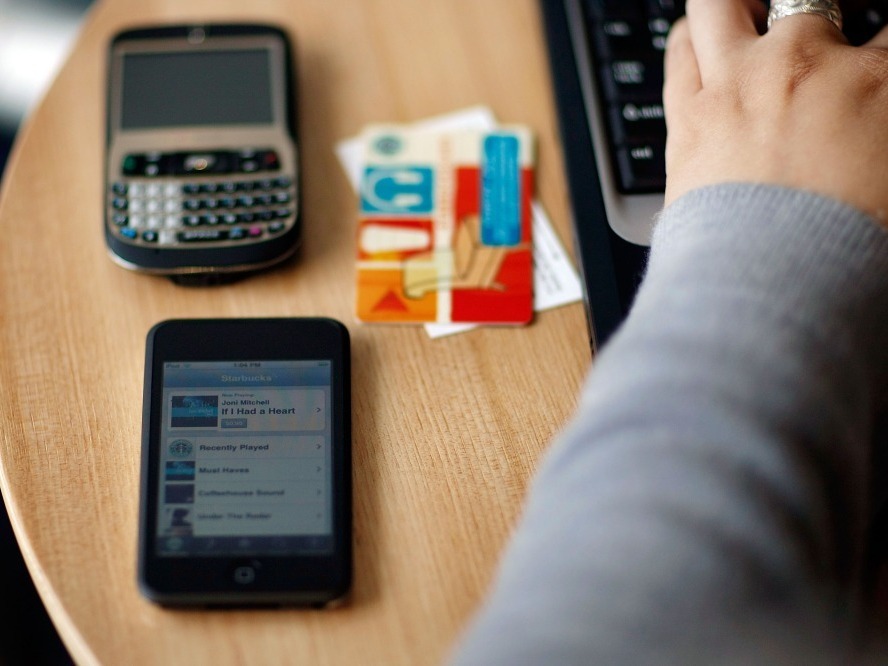 Michelle Zorich sits in a Miami Starbucks in October 2007. Since employees can now log on and be productive from just about anywhere, it's becoming harder for them to take time off, even when they're out of the office.

For some employees, smartphones and computer tablets have become digital leashes to the office. They've made it easier to stay in touch with what's going on at work from almost anywhere, which has made it increasingly more difficult for some workers to disconnect — even while on vacation.

For Dimitar Popov, a business consultant from Chicago, the "day off from work" is dead.

"I took off work but with the promise that I would be periodically checking e-mails," he says.

Not to mention returning phone calls and text messages from co-workers on his day off.

He's spending it in an upscale hotel in Washington, D.C., where he's volunteering at a conference about his home country, Macedonia.

But in between the panels and networking events, it's back to work in front of the laptop.

"At any point, in any day — weekend, weekday — you're expected to return phone calls, return e-mails, and there's really no shut-off point," he says.

Popov says in his line of work he always has to stay connected — even when he's far away from the office.

Tony Oncidi, a lawyer with the law firm Proskauer in Los Angeles who specializes in labor and employment law calls this the "BlackBerrys on the beach" concept.

"It's a shorthand reference to the fact that employees today can sort of log on and be productive from just about any location on Earth," he says.

There may be some places left to get off the grid — the middle of the ocean or on a mountaintop.

I haven't looked at my e-mail in three days, which I'm sort of happy about. It's going to hit me when I get home.

But those quiet places are disappearing in an age of smartphones, remote access and now video calling.

The space-age world of the Jetsons doesn't seem so far off.

The time employees spend out of the office on mobile devices for work has become a concern for some employers.

Last year, a Chicago police sergeant filed a lawsuit against the city of Chicago.

He claims the city owes him overtime for all the time he spent on his BlackBerry for work while off duty.

The case is still in court.

Oncidi says the Fair Labor Standards Act has strict rules on overtime for American workers who are paid by the hour.

Even if that's time spent texting from the beach: Something Lisa Reagan, who's in sales, says she knows too well.

"I have a BlackBerry in the bag, got my cellphone over here — a separate one — and a computer back at the townhouse," she says.

Reagan's spending the weekend on a beach in Delaware. She says she hates having to stay so connected off hours, but her career leaves little choice.

"I'd rather it not happen, but with my field, other people might need my help. So I don't mind, I guess, then," she says.

For some employees though, there's still an option to go offline for the weekend.

Brian Nelson brought his iPhone to the beach.

"I haven't looked at my e-mail in three days, which I'm sort of happy about," he says. "It's going to hit me when I get home."

That's right. He'll be checking his work e-mail from home.