Accessibility links
Texas Governor Wages Own Battle Along Border Texas Gov. Rick Perry has bashed the Obama administration for not doing more to secure the southwest border. In response, the governor has dispatched the state police to show up the feds and fight his own border war. 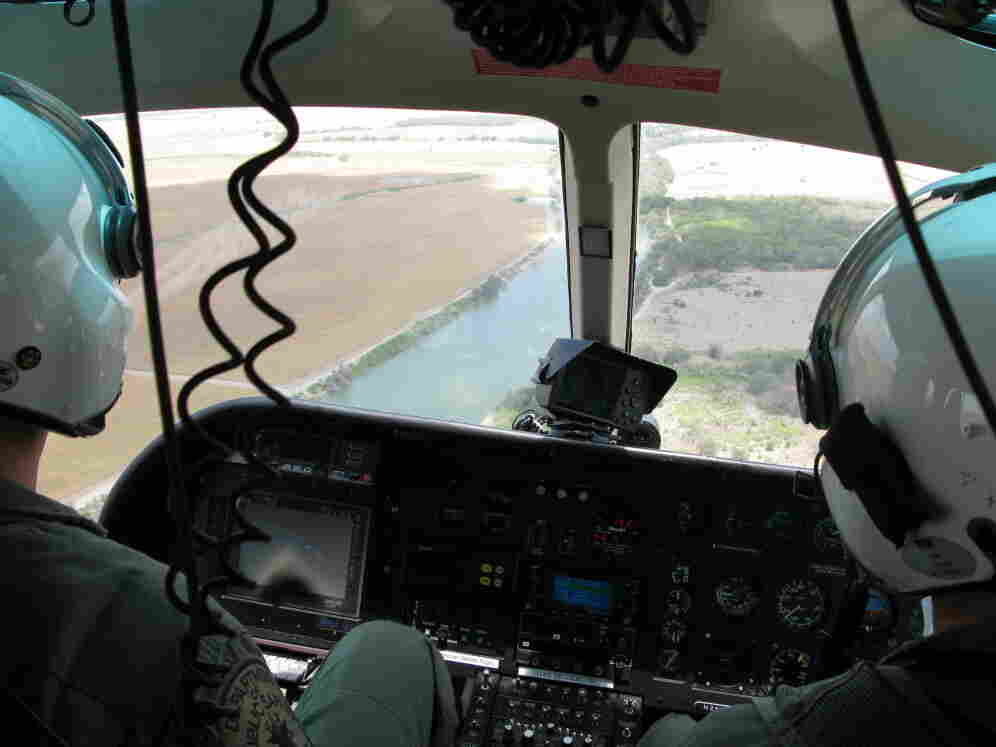 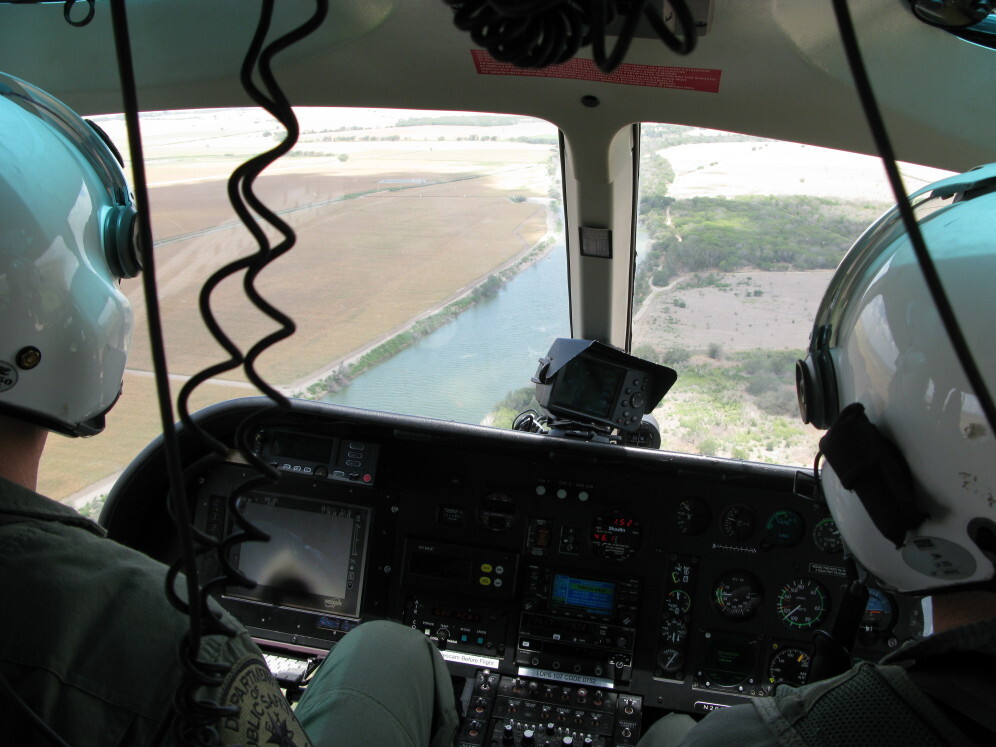 Note: This is the first of a two-part series

The federal government claims the southwest border is more secure than it's ever been. There are more agents and barriers, more choppers, drones, sensors and hi-tech cameras than ever before.

Yet, state officials in Texas maintain the illegal flow of people and drugs is worse than ever — proof, they say, the border is out of control. To back up his rhetoric, Texas Gov. Rick Perry has declared his own war on the traffickers.

The Border Threat: Real Or Rhetorical?

President Obama came to El Paso, Texas, in May to praise his homeland security directors for the good job they're doing on the southwest border. 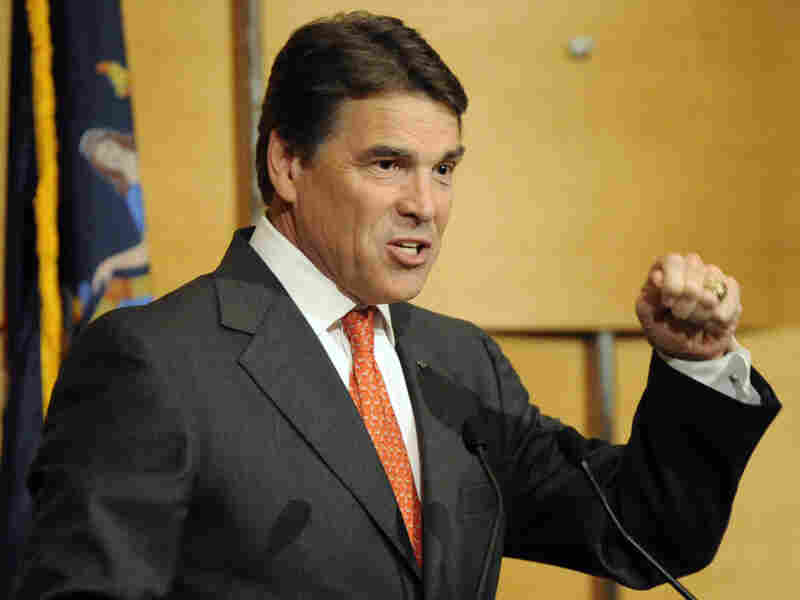 Texas Gov. Rick Perry speaks at a fundraising event for the New York GOP earlier this month. Some think he may be highlighting border security in anticipation of a run for the White House. Bill Kostroun/AP hide caption 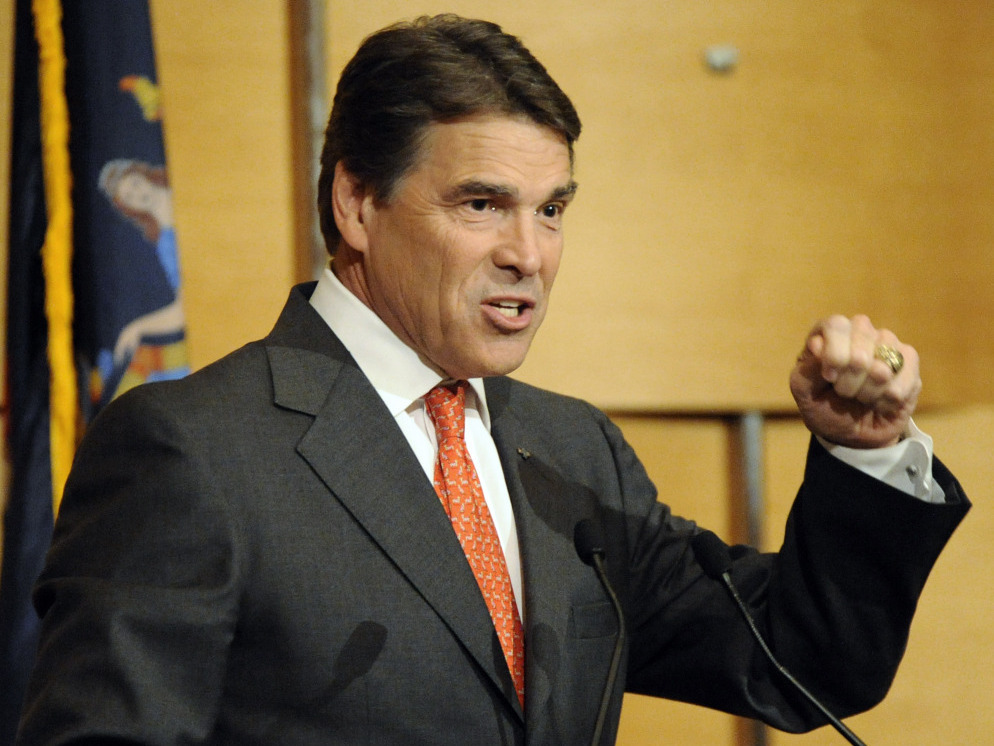 Texas Gov. Rick Perry speaks at a fundraising event for the New York GOP earlier this month. Some think he may be highlighting border security in anticipation of a run for the White House.

"Under their leadership, we have strengthened border security beyond what many believed was possible. They wanted more agents at the border. Well, we now have more boots on the ground on the southwest border than at any time in our history," he said.

But not everyone thinks that's true, including Gov. Perry.

"This president either does not know or does not care what is going on on the border of Texas," he said on Fox News for a special report about the Texas border. The on-screen graphic read "Under Attack."

"I don't want the people of the state of Texas to have to be the catalyst that finally gets the administration to understand that there is great terror on our southern border," Perry said.

So, is South Texas being terrorized by Mexican drug gangs, or is Perry trying to score political points against a president he may face in a run for the White House?

The governor's scheduler said he was unavailable to comment for this report.

What's certain is that Perry has deployed the Texas Department of Public Safety (DPS) on the border in unprecedented numbers — including an air force of more than 20 helicopters and airplanes. They act as an uninvited, but appreciated, adjunct to the U.S. Border Patrol.

One of the captains of the department's aircraft section is Stacy Holland. Based out of McAllen, Texas, Holland is a lean former highway patrolman in an olive-drab flight suit with a .357 pistol strapped to his tactical vest. 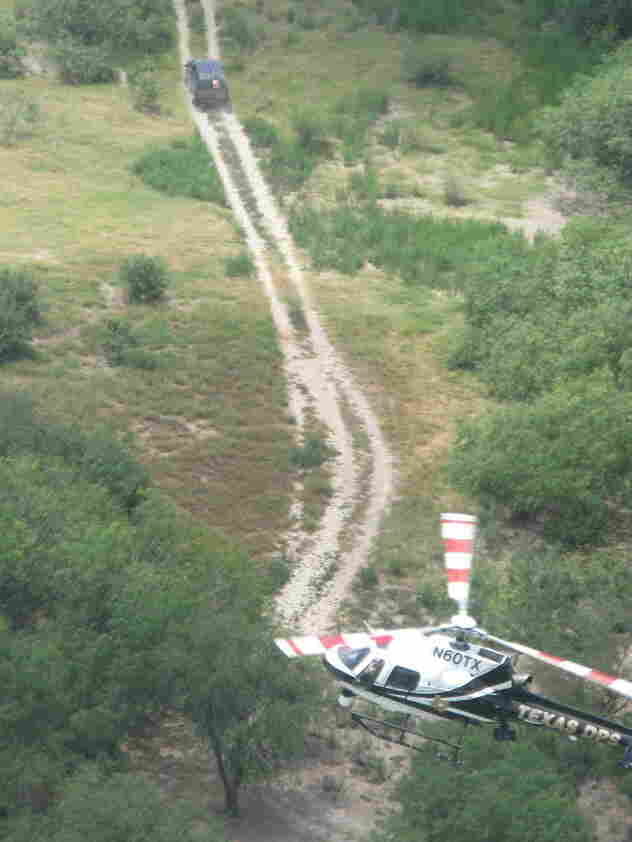 When a group of suspected illegal crossers spots DPS helicopters hovering over the Rio Grande, they run and hop back into this truck which speeds away from the river near Reynosa, Mexico. John Burnett/NPR hide caption 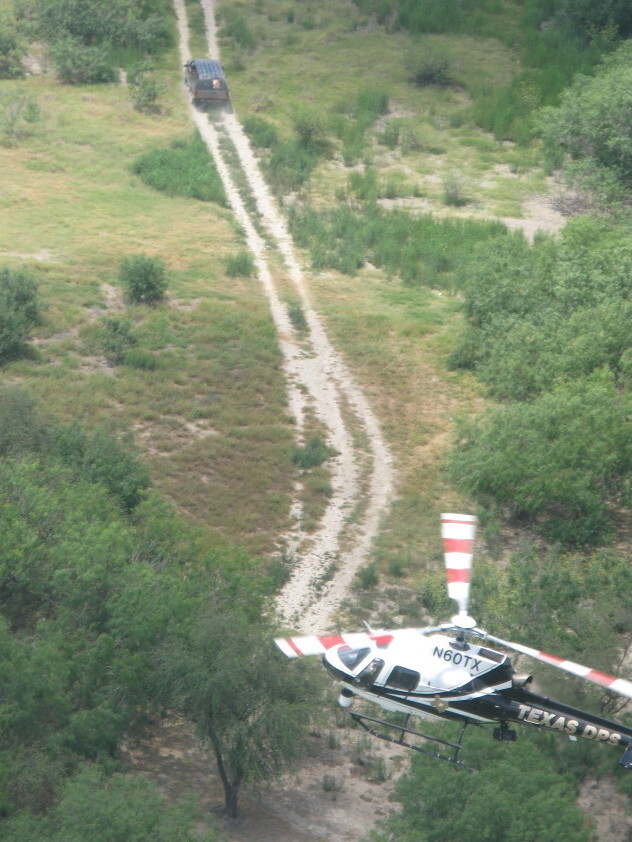 When a group of suspected illegal crossers spots DPS helicopters hovering over the Rio Grande, they run and hop back into this truck which speeds away from the river near Reynosa, Mexico.

Before taking to the sky, Holland plays some video of recent pursuits in his office. Thermal night images show frustrated drug traffickers high-tailing it back across the river into Mexico.

A half-hour later, we're strapped into a Eurocopter A-star helicopter, hovering 600 feet over the Rio Grande. The river makes up 1,254 miles of the nearly 2,000-mile border. But it's not arrow-straight like the land border — it curls and loops like a serpent, offering countless crossings for contrabandistas.

Holland rides co-pilot as the helicopters moves over Los Ebanos, Texas. On the ground, a group of people on the Mexican side, about to swim the Rio Grande, spots the chopper. They clamber back into a pickup truck and it speeds away.

Holland says things are getting wilder in the area. Twice already in June, drug traffickers have fired across the river at U.S. law enforcement agents, who shot back. And in the past year and a half, drug-laden trucks trying to evade U.S. agents and recover their loads have splashed-down into the river 55 times.

"We're talking no border fence, a very open border. Does it look secure to you?" Holland asks as the helicopter follows the people on the ground. "There's nothing to deter a smuggler from getting a load across, getting on the highway and going into the U.S."

Texas Governor Rick Perry has deployed the Texas Department of Public Safety (DPS) to the border, including an air force of more than 20 helicopters and airplanes. They patrol hundreds of miles of the Rio Grande River where some immigrants drive, or "splashdown," while fleeing.

Note: Videos have been edited for length

Texas DPS officers track a man from the air as he makes a 'splashdown' in the Rio Grande River.

Aerial DPS officers follow a group at night as they drive into the Rio Grand River and move a drug shipment into Mexico.

More than 8,000 Border Patrol agents work on the Texas-Mexico border. Yet that's still not enough to "seal the border," which is what critics seem to want. Earlier this year, the Government Accountability Office issued a report that the Border Patrol has achieved operational control of 44 percent of the southern border. Of that, only 15 percent is under full control.

Rosendo Hinojosa is Chief Border Patrol Agent for the Rio Grande Valley, which has the busiest smuggling corridors in Texas.

"I don't know if you can seal anything. You flew over the river, you saw how many times that river turns and winds and everything else. So, what's it gonna take to seal that border?" Hinojosa asks. "We're here to provide the best protection that we can to mitigate the threats that are coming to our border. And I think we are doing a very good job of that."

Texas state officials do not agree, and they're pushing back. Even the normally sleepy state agriculture department has created a website called "Protect Your Texas Border." Agriculture Commissioner Todd Staples is part of the campaign.

"Let me be clear, the sovereignty of America is being undermined at this very moment by violent drug cartel members that are invading Texas farms and ranches," Staples says.

Some lawmen down on the border agree with his description. McAllen Police Chief Victor Rodriguez testified before a congressional hearing on border violence in Washington, D.C., this spring.

"We have incursions everyday. We have people that are afraid to go out on their property," Rodriguez says. "That's not American."

Other city officials on the border bridle at the notion they're being invaded, or — as the governor says — they live in terror. El Paso Mayor John Cook stands on the U.S. side of a bridge that connects his city to Mexico's most dangerous city. He says he wants Governor Perry to get his facts straight.

ALSO IN THIS SERIES

Cook says he doesn't know the governor's motivation but thinks it might just be an attempt to attack the Obama administration "to make it look like they're not doing their part to secure the border," he says.

The rhetoric has, to an extent, followed party loyalty — with more Republicans saying the border is not safe, and more Democrats saying it is.

Street cops, on the other hand, are generally apolitical. Joe Baeza, longtime investigator with the Laredo Police Department, says the overheated language from border hawks, amplified on the Internet, has gotten tiresome.

"The Laredo Police Department has known what homeland security was before the term was coined post 9/11," Baeza says.

"Is it safe to be on the U.S. side of the Texas/Mexican border? Absolutely. We get calls from people from big cities from like Houston and Dallas. All have the same questions: 'Is it safe? Is it as bad as we hear? Are there kidnappings in the middle of the streets and people just being blown away?' And it's not, it's nothing like that at all."