Accessibility links
Femi And Seun Kuti Keep Their Father's Rebellious Beat The oldest and youngest sons of Afrobeat pioneer Fela Kuti have both released new albums. Each strikes its own balance between individual expression and Afrobeat orthodoxy. 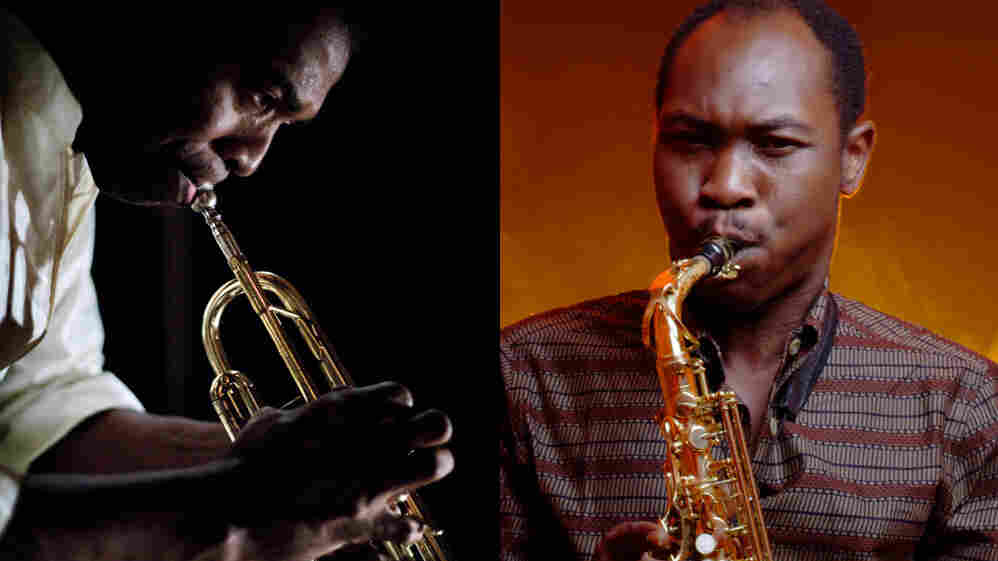 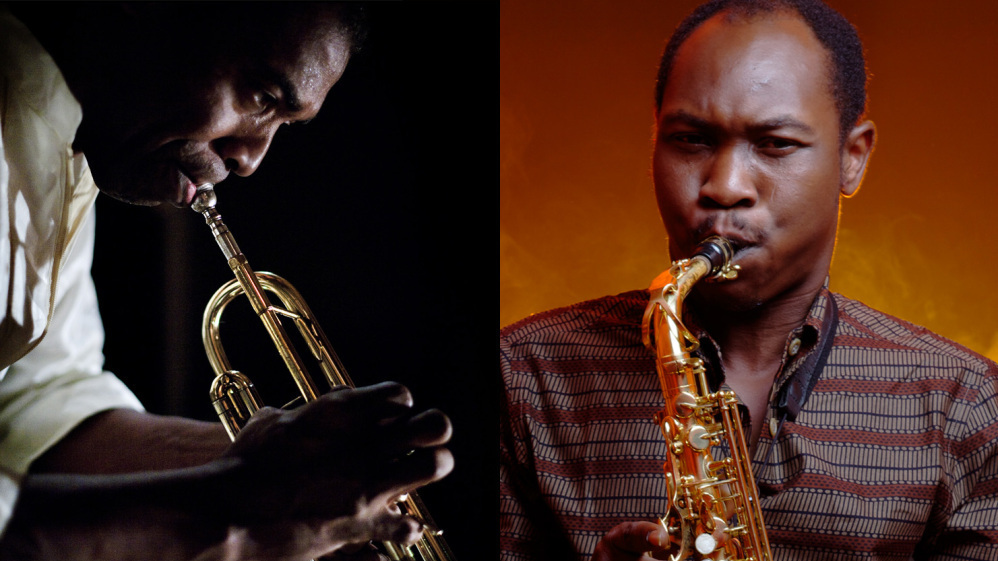 Nigeria's Fela Kuti was the creator of Afrobeat, a funky, brassy, fiercely political style of music that earned a worldwide following before Fela's death in 1997. That following has only grown in the years since, in part because two of Fela's sons, Femi and Seun, carry on the Afrobeat tradition with bands, tours and recordings of their own. Both brothers have new albums out, each striking its own balance between individual expression and Afrobeat orthodoxy.

Femi, Fela's oldest son, is 48 and the leader of his own band, Positive Force, since the late '80s. He comes out charging on his new release, Africa for Africa. Femi started out playing sax in his dad's band, Egypt 80, so his break to start Positive Force was an act of rebellion. He rejected Fela's leisurely 20-minute songs in favor of short, sharp arrangements. He has experimented with rap, rock and pop elements in his sound. But Femi has always embraced Afrobeat's one nonnegotiable feature: its message. "Nobody Beg You" showcases the ferocity of the Positive Force brass section and an unvarnished critique of corrupt African leaders.

The 14 songs on Femi's album are bracingly efficient and relentless in their call for Africans to reject failed leaders and find African solutions to their problems. Africa for Africa is a tsunami of surging organs, spitfire volleys of brass and righteous rhetoric from Fela's firstborn.

When it comes to Seun, Fela's youngest son, the mood is different. Twenty years Femi's junior, Seun was just a kid when Fela died, yet he wound up leading his father's band. The album From Africa With Fury: Rise, is only Seun's second release with Egypt 80, but the experience of these veteran musicians, and co-production from Brian Eno, makes for exquisitely deep grooves — as trenchant and funky as Fela's own. And the message? Well, as I said, that's nonnegotiable.

When Fela lampooned African soldiers in the 1976 song "Zombie," he suffered a brutal military attack on his family compound. Neither Femi nor Seun is likely to be tested so harshly. Seun, in particular, exudes the cocky confidence of invulnerable youth.

Like their father, neither Femi nor Seun is a star-quality singer. But where Femi often strains, Seun proves better at working within his vocal limitations. In tracks like "Slave Masters," he emphasizes rhythm over range like a good rapper.

With fewer and longer songs, Seun's album may not match the breathless fury of Femi's, but its majestic grooves and flamboyant lead vocals make it easily as satisfying. Whichever Kuti son you favor, both deserve credit for helping to make Afrobeat a genre for the ages. The Kutis today are unique — an African music dynasty whose spirit and mission can be summed up in words tattooed on Seun's back: "Fela Lives."