Accessibility links
Movie Review - 'Larry Crowne' - Chipper 'Crowne' Tries To Upturn Economy's Frown A laid-off salesman goes to school in a recession-themed tale about pluck triumphing over economic reality. Writer-director-star Tom Hanks goes for both silliness and schmaltz, but like the unemployed masses, his dramedy is littered with unused talent. 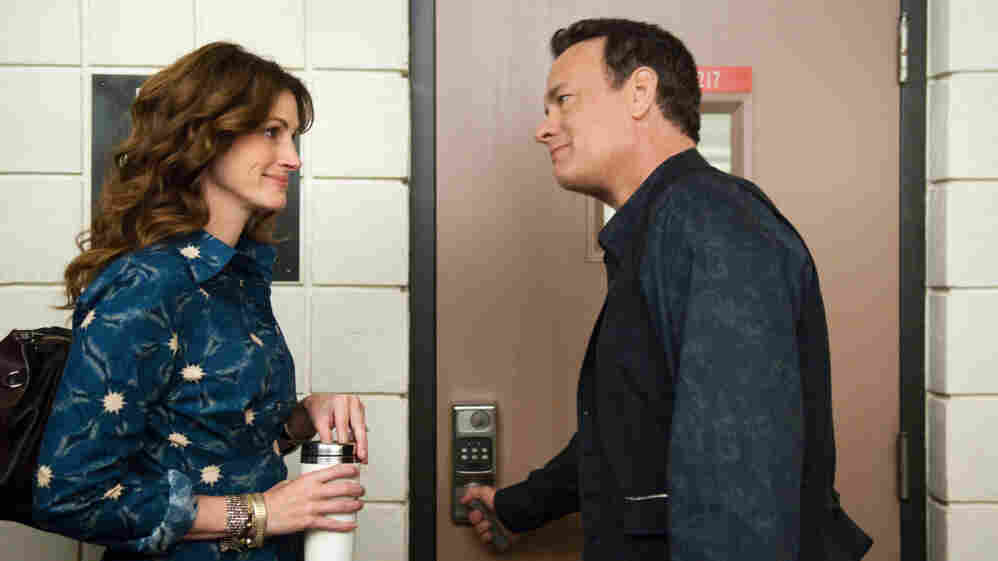 Rated PG-13 for brief strong language and some sexual content

In the lumbering new dramedy Larry Crowne, Tom Hanks directs and plays a Gump-ishly good-hearted salesman whose fondest dream is to rack up yet another Employee of the Month at the Walmart-like megastore where he has worked ever since retiring from the Navy. Instead, Larry finds himself abruptly terminated on the trumped-up excuse that he is insufficiently schooled to qualify as management material.

Divorced with no kids and saddled with a mortgage he can't afford, Larry must reinvent himself, and, as you will already have guessed, it takes a village. Inspired by Hanks' experiences as a community college student, Larry Crowne takes its square hero back to school, where a multiracial rainbow of good-humored kooks — among them Cedric the Entertainer as Larry's yard-sale-obsessed neighbor and George Takei as a compulsively laughing economics professor — stands ready to loosen him up and stiffen his spine for a post-plenty world. Equipped by an ebullient young classmate (British actress Gugu Mbatha-Raw) with a used Vespa and a thrift-store sartorial makeover, Larry emerges, retooled, as a pretty cool self-starter.

There is no union, strikes or rioting in the streets for Larry and friends. This being America, there will be gobs of can-do enterprise and the promise of a rejuvenating romance with Teacher. Given the times, there's ample room for a rollicking comedy, a serious drama or both about life after layoff. Neither fish nor fowl, Larry Crowne skitters between pathos and shtick, wasting abundant acting talent as it goes. When the pacing falls slack, Hanks turns to veteran composer James Newton Howard for a boost, but his overbearing score is sprinkled liberally with treacle.

Hanks wrote Larry Crowne with Nia Vardalos, of My Big Fat Greek Wedding fame, and this is a similarly chipper empty vessel, whose creaky script, laden with one-liners, goes hand in hand with a host of fatigued sight gags. Buried beneath the leaden bromides touting the virtues of the scaled-down life, there lurks a genuinely urgent question about how working people will rebuild their lives out of the wreckage of an economy that has destroyed not only job security, but very likely the full-time job as we know it. 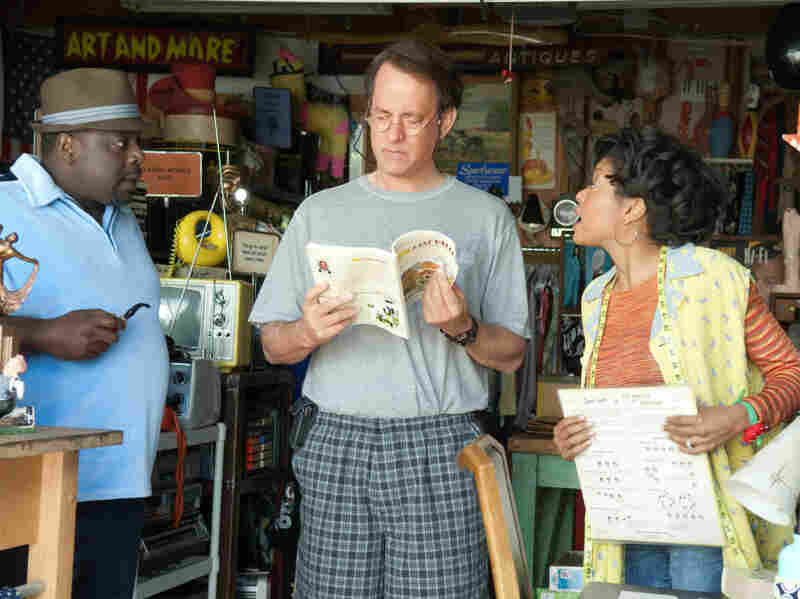 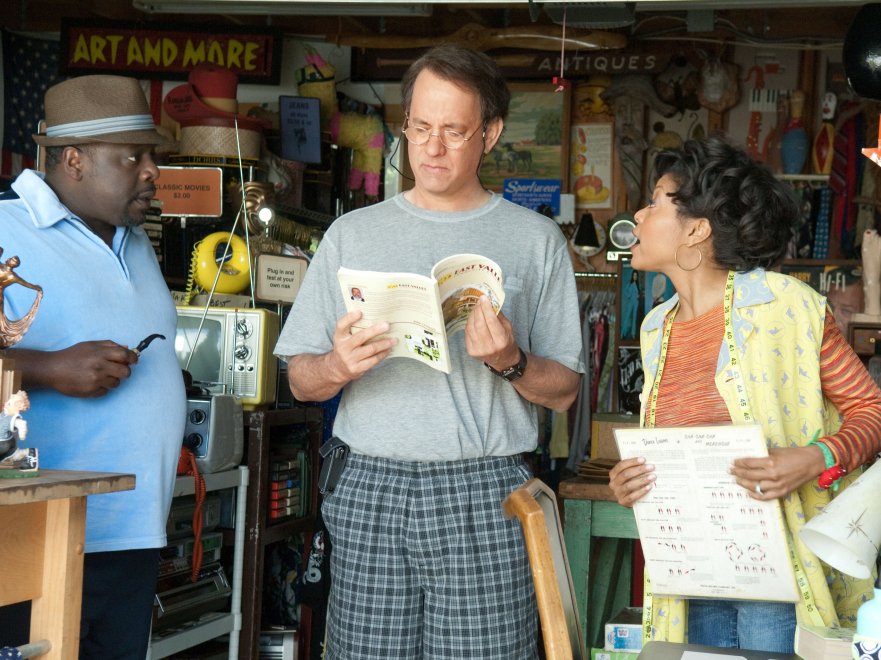 Cedric the Entertainer (from left), Tom Hanks and Taraji P. Henson demonstrate the virtues of thrift stores and garage sales, but the film's design for living doesn't connect.

Where the far more unsettling 2009 movie Up in the Air debated that question and showed a willingness to confront real desperation, Larry Crowne sews it up neatly with a smug faux-populism that talks down to the very people it seeks to address and champion. Which may be why the only performance remotely worth rooting for among Hanks' cloying gallery of adorables is Julia Roberts' quietly enraged turn as Larry's jaded professor, a woman stranded in a rotten marriage and a precarious job who has all but lost interest in motivating her students to become effective public speakers. Being the kind of film that it is, Larry Crowne will in due course regress her into the dewy-eyed, hair-tossing mode Roberts is so clearly chafing to leave behind. But not before she has squeezed in a potently unsettling portrait of grit-your-teeth despair, laced with simmering fury. With any luck, it will secure for Roberts a big ol' Meryl Streep of a career after 40.