Accessibility links
'Spillover' Violence From Mexico: A Trickle Or A Flood? The U.S.-Mexico borderlands are rife with rumors of spillover violence from Mexico's savage drug war — from beheaded oilfield workers to gangs taking over Texas ranches — but authorities disagree on the actual threat. 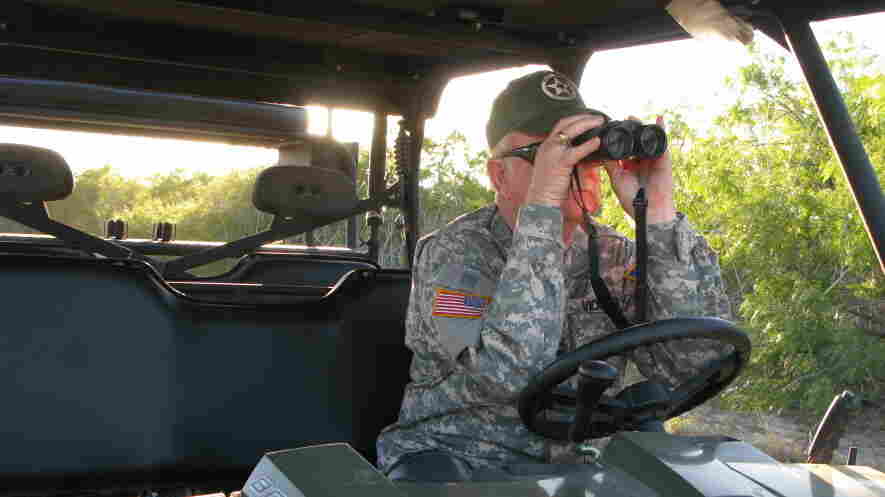 Mike Vickers runs the group Texas Border Volunteers, which patrols his ranch, and others in south Texas, that complain of illegal immigrants trespassing. Vickers says he has found bodies of immigrants on his land. John Burnett/NPR hide caption 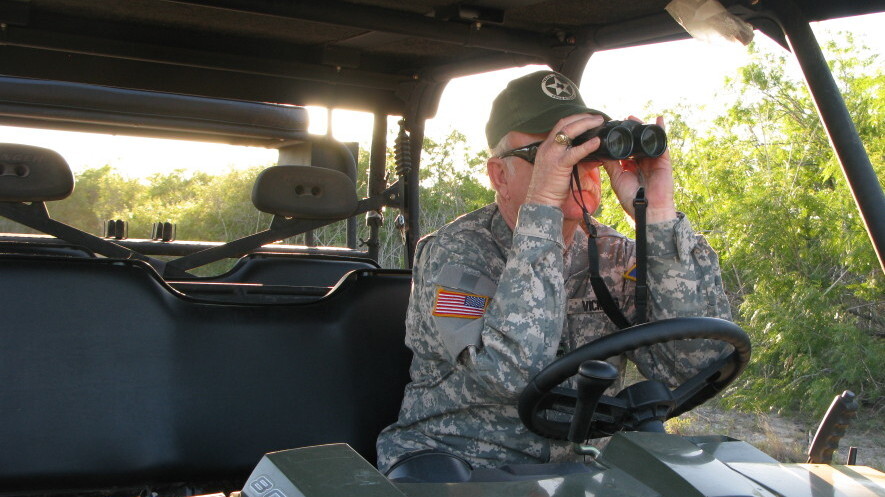 Mike Vickers runs the group Texas Border Volunteers, which patrols his ranch, and others in south Texas, that complain of illegal immigrants trespassing. Vickers says he has found bodies of immigrants on his land.

Note: This is the second of a two-part series.

The Obama administration asserts that as a result of its two-year Southwest Border Initiative, the southern boundary has never been more secure. But Texas state officials and some border ranchers disagree; they've been saying that the violence in Mexico is spilling over and the president is not protecting the homeland. Homeland Security Secretary Janet Napolitano weighed in earlier this year.

"It is inaccurate to state, as too many have, that the United States side of the border is overrun with violence or out of control," she said.

Hundreds Cross, Not All Make It

Earlier this year, the Government Accountability Office issued a report that the U.S. Border Patrol has achieved operational control of 44 percent of the southern border. Its mission to bring the entire border under control is hindered by difficult terrain, lack of roads and a need to prioritize hot spots on the western border.

What that means is that, basically, everything downstream of El Paso, Texas, is under less control. That's no surprise to Mike Vickers, who has a ranch not too far from the border.

From his four-wheeler, the white-haired rancher notices with concern a flock of buzzards perched in an oak tree. He knows what that can mean. Hundreds of illegal immigrants — and the occasional drug trafficker — cross his ranch every year going north. And some don't make it.

ALSO IN THIS SERIES

Vickers is a veterinarian, cattleman and agitator. For at least six years, he's been telling anyone who'll listen that the border remains porous. His ranch straddles a busy smuggling corridor in Brooks County, 70 miles north of the Rio Grande. He says he frequently finds the bodies of immigrants who were abandoned by their smugglers, and perished in these hot, dry, thorny pastures.

"These people are being left out here to die," Vickers says. "It's a horrible death, getting cramped up, going down; maybe even have wild animals out here finish you off ... And most of these people are within 15 or 20 minutes of where we're sitting right here. So we're tired of it. We're fed up with it. And for President Obama to go to El Paso and say that the border is secure. I just can't understand that. So we're here to say otherwise."

Some of the grim stories are real — like the bodies that turn up on Mike Vickers' ranch. Or the tattooed young men who are spotted hiking through ranchland with backpacks full of marijuana.

But some of the stories are imaginary; a product of the fear that has taken root in the border country.

Consider the barbarous news streaming out of Mexico — like the cartel that held a fiesta and hung its enemies like piñatas and beat them to death for pleasure. It's the type of spillover violence that Texans expect and dread any day.

Freddy Longoria is a ranch foreman on a South Texas ranch. His boss asked NPR not to name it.

"What I heard is that they had killed a lady on the Old Mines Road, going towards Laredo, over like, a retaliation," he says. "They beheaded her, I mean, they cut her head off."

Other stories include an oilfield worker attacked and decapitated by immigrants who wanted his pickup and a ranch outside of Laredo taken over by mafiosos from the Zetas cartel. These are three of the rumors you hear in the cafes and taquerias of South Texas these days. Law enforcement says every one of them is false. Nevertheless, they have an effect. 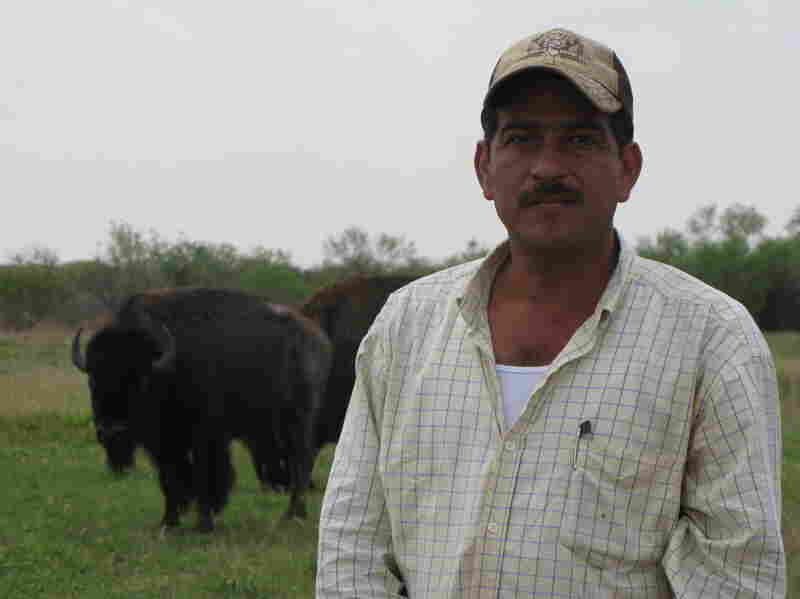 Freddy Longoria is a foreman on a South Texas ranch. He says he hears a lot of stories about spillover border violence that make him worried. Marisa Peñaloza/NPR hide caption 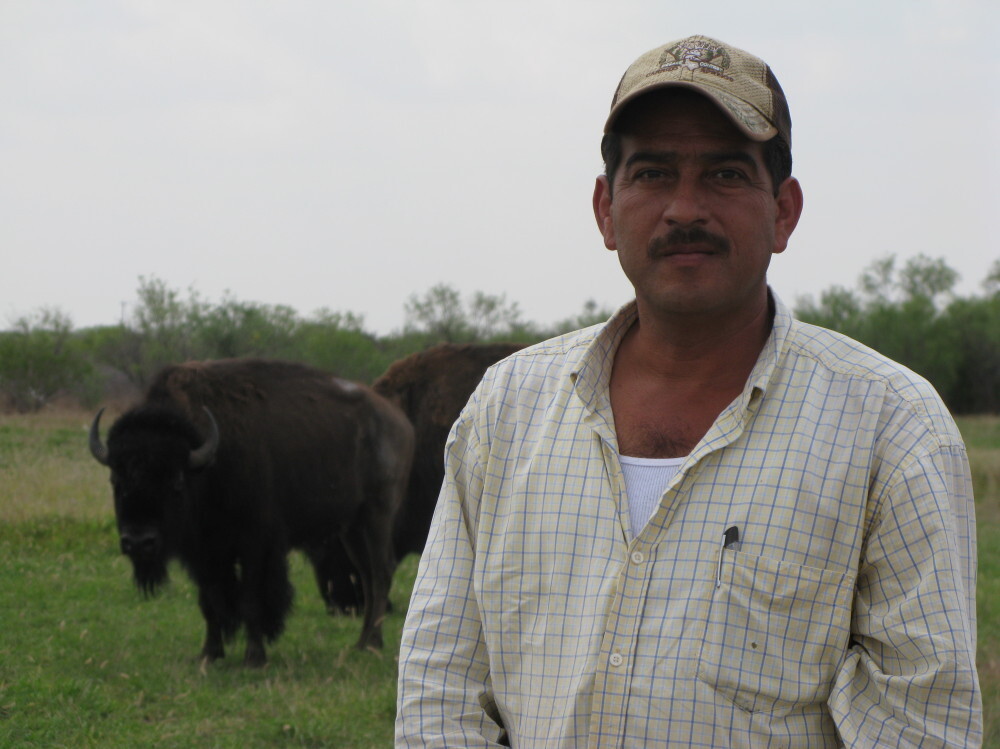 Freddy Longoria is a foreman on a South Texas ranch. He says he hears a lot of stories about spillover border violence that make him worried.

Longoria — with the lanky grace of a cowboy — leans against his pickup and watches a herd of bison feeding and grunting contentedly.

"You hear a lot of stories out here. Some of those sometimes they hit too close to home," he says. "You get worried, you get a little bit paranoid, you start carrying a gun and taking more precautions."

The challenge is how to define spillover violence. The federal government says spillover must be drug-related violence that targets innocent civilians or law enforcement on U.S. soil.

But others think that's too narrow. They think spillover should include any trafficker-on-trafficker violence in the U.S. that originates with Mexican organized crime.

El Paso has had incidents. Twice, bullets from shootouts in Juarez flew across the Rio Grande and struck public buildings in El Paso. And in 2009, a trafficker who lives in Horizon City, Texas, a suburb of El Paso, lost his shipment to Border Patrol agents. Afterwards, cartel hitmen kidnapped him from his home, took him to Juarez, and executed him. El Paso Mayor John Cook acknowledges that this was spillover violence, but he says this type of crime is rare.

"This drug war now has lasted for three years, and you have one case of spillover violence that we can clearly identify in a city of 800,000 people," Cook says.

Study: No Violent Crime Increase In U.S. From Cartels

Across from Tamaulipas, Mexico, where the Mexican cartel war is raging, lies the Rio Grande Valley sector of the U.S. Border Patrol, where Rosendo Hinojosa is the chief agent

"Are we seeing the level of violence in the immediate border area that we're seeing south of the border? Absolutely not," Hinojosa says. "We're not seeing cartel-on-cartel violence here in the U.S. that I'm aware of. We're not seeing the 40mm grenade launcher in downtown cities like in Mexico. Our job is to make sure that type of activity doesn't come into the U.S."

Hinojosa acknowledges the border is more growing more dangerous for his nearly 2,500 agents.

Last year, the nonpartisan Congressional Research Service (CRS) took up the question of whether mayhem is spilling over from Mexico's cartel war.

It examined the FBI's violent crime rates in all 230 U.S. cities where investigators say Mexican cartels have infiltrated — from Del Rio, Texas, to Liberal, Kan., to Kalamazoo, Mich. In all 230 cartel distribution hubs, CRS concluded, there has been no statistical increase in violent crime.

Spillover The 'Flavor Of The Month'

Lupe Trevino is the elected sheriff for Hidalgo County, Texas. His office is what you'd expect from a South Texas sheriff — deer heads on the wall, guns under glass, a rattlesnake in amber on his desk. He's been a border lawman for 25 years.

The Texas Department of Public Safety — which says spillover violence is plaguing South Texas — reports that in the first five months of 2011, there were 22 murders, 24 assaults, 15 shootings and five kidnappings. And a third of them occurred in Sheriff Trevino's county of Hidalgo.

"The question you should be asking me is this: Is the border under control? No, it's not. Because if it was under control, it would be completely sealed, there would be absolutely no smuggling whatsoever either north or southbound," Trevino says.

Trevino is friendly to the Obama administration. He sits on a task force that reports to Secretary Napolitano. So we ask: Even if the border isn't secure, is it like the Wild West?

"We have always had drug violence anywhere in the United States because that is the nature of the business," he says. "If we had the time, we could go back to the archives and I can show you dozens of drug related murders that occurred prior to 2007, 2008. Now was that spillover back then? You know why it's spillover now? Because that is the flavor of the month."

Nevertheless, the Obama administration has extended the deployment of 1,200 National Guard on the border to help stem the illegal flow of people and drugs.