Accessibility links
When Athletes Play Dirty, Government's Bats Clean Up Yes, America takes its games too seriously. But sport is an institution that stands for playing by the rules. That's why the government has a duty to pursue athletes who use drugs to cheat. The goal of sports is victory, but the essence is fairness. 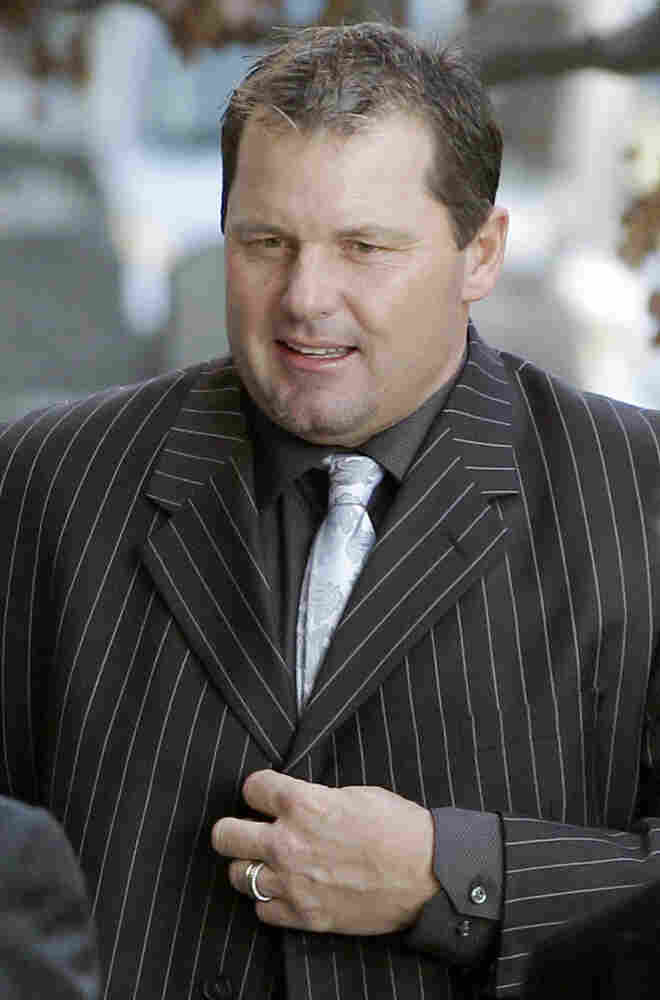 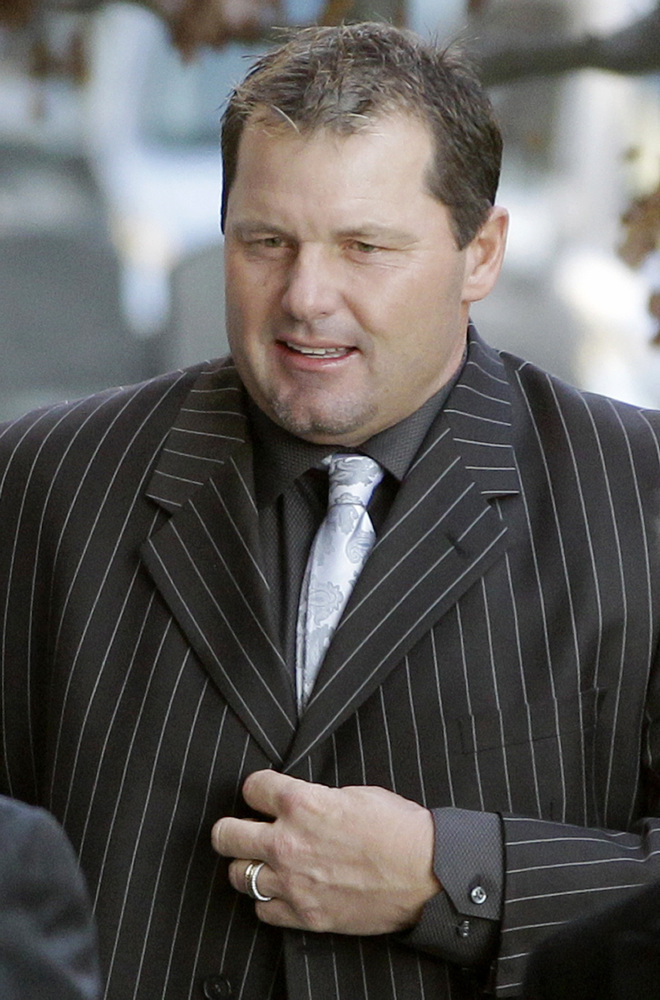 Retired pitcher Roger Clemens' perjury trial is scheduled to begin Wednesday, on charges related to his denial of using steroids and human growth hormone. Here, the former Yankee arrives for a pretrial hearing in late 2010.

For those of you depressed that two of our grandest leagues, the NFL and the NBA, are both temporarily out of business via lockout, cheer up: There's other major news to divert you. Drugs are back, front and center. In fact, right now it's a veritable pharmaceutical hullabaloo.

First of all, it's enough that the Tour de France — or needles on wheels, as it is more aptly known — is simply rolling through the Gallic countryside again. Lance Armstrong, fingered by yet another teammate, finds himself ever closer to government prosecution. Last year's Tour winner, Alberto Contador, is being allowed to pedal, though he faces a hearing in three weeks on allegations by the World Anti-Doping Agency that he cheated his way to his 2010 victory.

Meanwhile, in baseball: Barry Bonds, convicted felon. Manny Ramirez, drug-induced retirement. And Wednesday, Roger Clemens goes on trial in Washington for committing perjury by denying to Congress that he used drugs to sustain his fireballing lifestyle on the mound well into, incredibly, his fifth decade.

Also, in another courtroom Wednesday, this one in Buffalo, N.Y., a Canadian doctor, Anthony Galea, will be arraigned on charges that he distributed performance-enhancing drugs to various American athletes. He's treated the likes of Tiger Woods, Alex Rodriguez and Dana Torres, the ageless Olympic swimmer.

Yes, it's terribly discouraging, and it never seems to end. And because it doesn't, there are now some impatient critics who cry for the government to get out of the business of ferreting out athletic skullduggery.

The argument is that there are too many really important things, for us to waste time and money on something frivolous like sports. And of course, yes, games are not consequential in an intrinsic sense. However, the fact is that in this world today, a lot of things that aren't serious are taken seriously by a lot of people — sports primarily included.

And thus, because sport in the aggregate is a substantial institution, government is obliged to pay attention. Perhaps especially because sports affect children so. Video games are just that — games — but they deserved the attention of the Supreme Court.

The goal of sports is victory, but the essence is fairness. What's the first question a kid asks entering a game? "What are the rules?"

If we Americans don't accept playing by the rules in sport, where else do we lay down that marker? That's what's serious about sport, and why, yes, although we are weary of all the doping distractions, why it is worth the while of governments to go after athletes — especially the celebrities — who might have cheated their games and cheated what a very visual institution in our society teaches us.

Yes, it's time and money. But yes, it's only fair.