Accessibility links
The Heath Brothers: Live At The Village Vanguard In a family band made up of jazz legends, saxophonist Jimmy and drummer Tootie Heath carry on the sophisticated and swinging quartet that once featured their late brother. Hear a live recording. 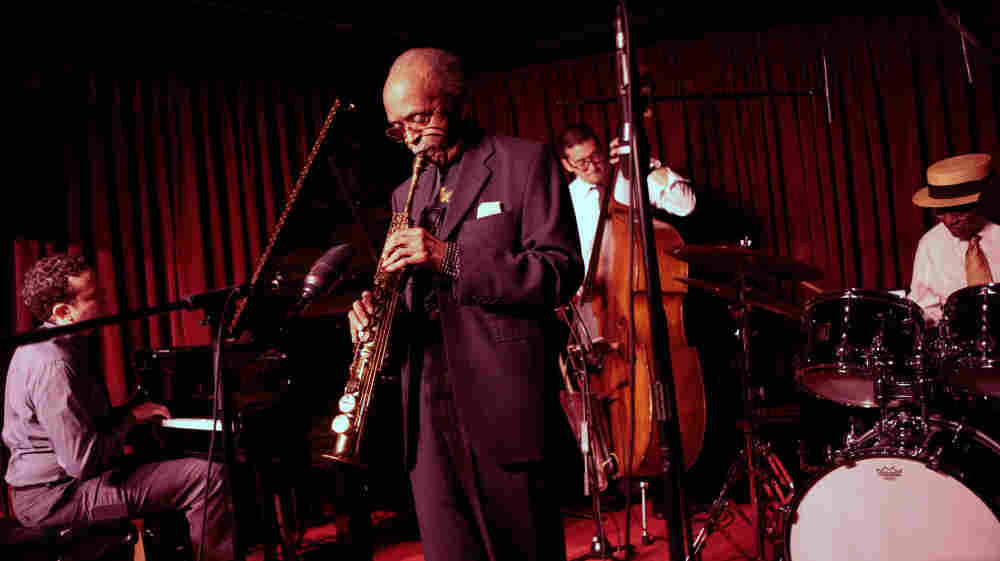 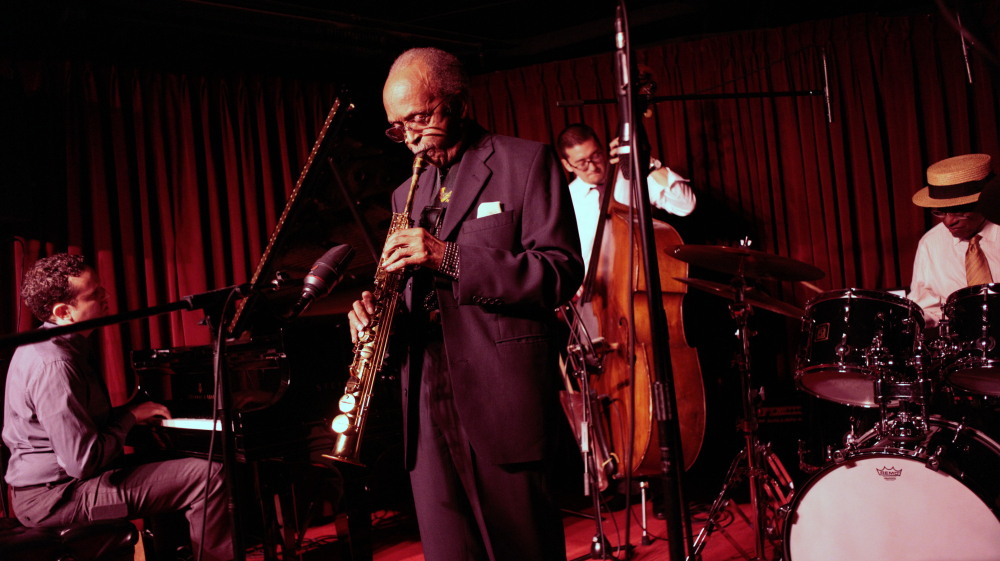 The Heath Brothers in Concert at the Village Vanguard

Music tends to run in families. It gets passed down from one generation to the next, and passed around groups of siblings. Witness the three brothers Heath — bassist Percy, saxophonist Jimmy and drummer Albert — whose parents both performed and encouraged their children to study music during the Great Depression, and who each became a jazz icon. By the mid-1970s, the time was right to start their own band: The Heath Brothers.

Jimmy is an affable jazz statesman — he has a new autobiography, and was named an NEA Jazz Master for 2003 — and Albert (nicknamed "Tootie") has freelanced with anyone who's anyone. Despite the 2005 death of their elder brother Percy, The Heath Brothers will still convene on occasion. At the Village Vanguard this week, Jimmy and Tootie add bass and piano to form a quartet. NPR Music and WBGO were on hand for a live radio broadcast and online video webcast of their performance Wednesday, July 6.

Jimmy Heath came of musical age when bebop did — he was once nicknamed "Little Bird," after Charlie Parker — and eventually came to be known as a dynamic tenor saxophonist. As time passed, composing and arranging, often for large ensembles or jazz orchestras, also became a forte; his name is on many tunes, a few of which have become jazz standards ("C.T.A.," "Gingerbread Man," and so on). Tootie Heath is eight years younger than his brother, and emerged when bebop was morphing into what came after. He's been a premier freelance drummer ever since: Jazz.com estimated he's been on more than 400 recordings. With them are the fine pianist Jeb Patton, a former student of Jimmy's, and bassist David Wong, who often performs in the Village Vanguard band when he isn't playing with, say, Roy Haynes.

The three Heath brothers grew up largely in Philadelphia — "the city of brotherly love," coincidentally — but all ended up in New York after some time. Percy and Jimmy were both drawn into Dizzy Gillespie's band; Percy would later assume the bass chair in the Modern Jazz Quartet, while Jimmy would go on to develop his compositional talents, make many records under his own name and even play briefly in Miles Davis' quintet. Tootie followed in his brothers' footsteps, quickly establishing himself as a premier percussionist; some of his earliest recordings were made as a sideman to John Coltrane.

The year 1975 saw Marchin' On, the first recording from The Heath Brothers. The band has issued nine more albums since then, some with percussionist James Mtume (Jimmy's son), some without Tootie, some for a major record label. The latest Heath Brothers album, Endurance, was released in 2009, and recorded after Percy "stepped forward": "Since we both have 'longravity,'" Jimmy writes in the liner notes, "Tootie and I offer this music to all who will listen." A collection of mostly Jimmy's tunes, Endurance features the same band heard at the Village Vanguard.