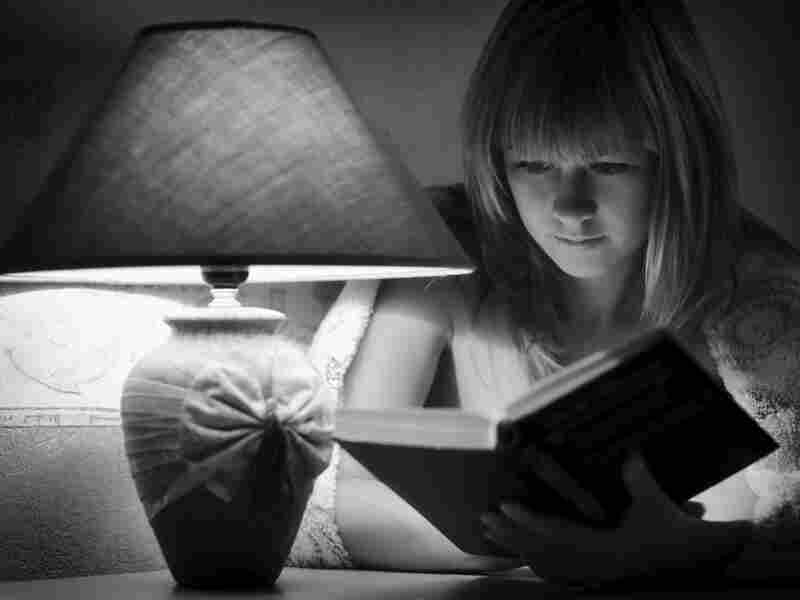 Contemporary young adult literature is exploring increasingly dark themes. And while dark books are a hit with many young readers, some are concerned about their bleak content. iStockphoto.com hide caption 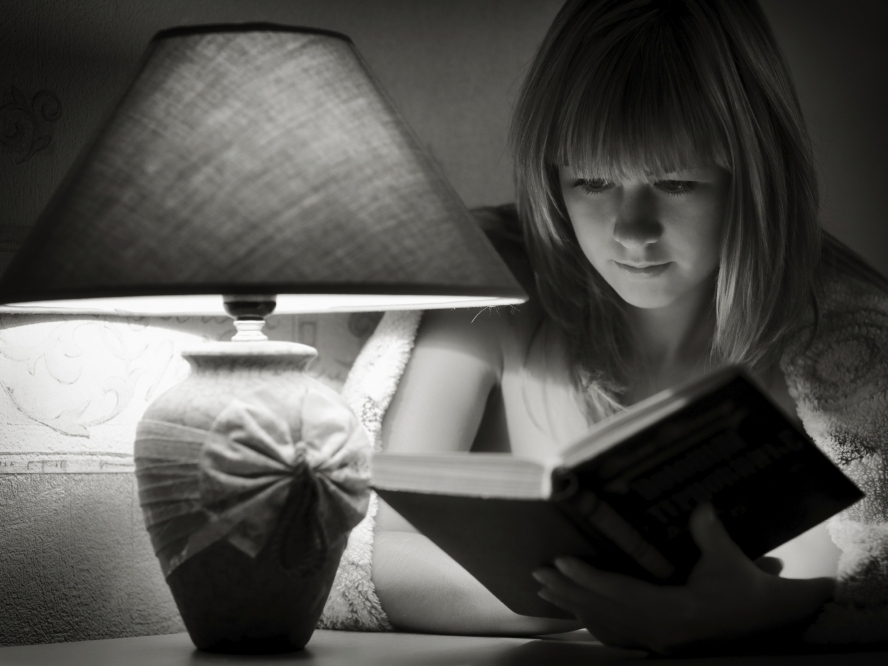 Contemporary young adult literature is exploring increasingly dark themes. And while dark books are a hit with many young readers, some are concerned about their bleak content.

Debates over what material is appropriate for teen readers have been raging ever since the young adult — or "YA" — genre first emerged.

But the argument took on new life in June, when Wall Street Journal children's book critic Meghan Cox Gurdon suggested that teen fiction had gone from dark to lurid.

Myracle joined Gurdon and NPR's Neal Conan to apologize for that remark.

"I lashed out at you," Myracle said. "When people get outraged they get angry, and then it becomes this weird argument instead of a discussion. ... I should welcome people who aren't on the same page with love and generosity. ... And I didn't with you. And I'm sorry."

Seeing Teenagers As We Wish They Were: The Debate Over YA Fiction

Myracle has been likened to Judy Blume, a writer whose books like Are You There God? It's Me, Margaret, helped many adolescents grapple with puberty and sexuality in the '70s and '80s. Myracle's 2011 novel, Shine, graphically depicts a vicious hate crime, while also touching on drug use, sexual assault and homophobia in a small Southern community.

But while Myracle and Gurdon agreed that what is appropriate for individual young readers will vary widely, they still disagree over the state of the teen fiction industry.

Gurdon says the themes of incest, murder, graphically depicted self-mutilation and hate crimes have become far too common in books for teens. Still, she says she is not calling for censorship.

"When we talk about young adult literature, we are still talking ... about children," she said. "And children perhaps going through a very tumultuous phase of their life. ... We as custodial adults still have a responsibility to think about ... what our children are consuming." 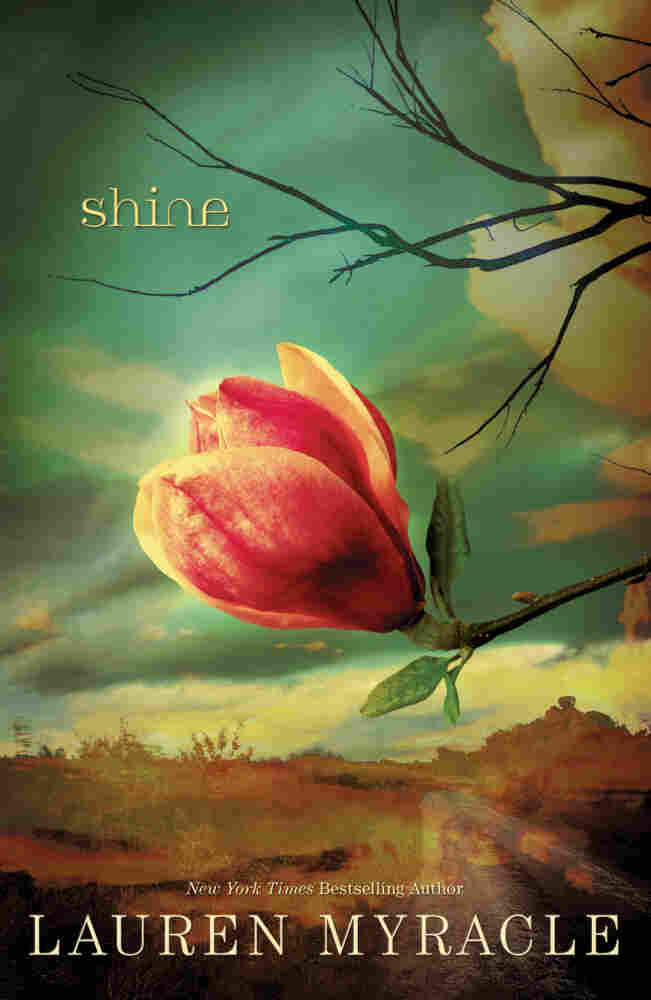 Stunned residents of Black Creek, North Carolina, pray for seventeen-year-old Patrick Truman, beaten and left for dead outside the convenience store where he works.

"There was blood in his hair, blood on his face ... blood everywhere," says Dave Tuttle, the motorist who discovered the unconscious teen early Sunday morning. Tuttle was driving from Atlanta to his mountain house in Tuckaway, North Carolina, when he pulled off the single-lane highway to refuel.

"Stopping at the Come 'n' Go has become a tradition," a shaken Tuttle told The Pulse. "They sell boiled peanuts and homemade jams. Sometimes fresh cobblers. It's a reminder of simpler times."

Simpler times which, apparently, aren't so simple after all.

Truman, who worked the closing shift the previous night, was scheduled to open the store at seven a.m. on Sunday morning. When Tuttle pulled up to the store's single pump at seven thirty, he found Truman slumped on the pavement, bound to the guardrail of the fuel dispenser. The gasoline nozzle protruded from his mouth, held in place with duct tape. Across the teen's bare chest, scrawled in blood, were the words Suck this, faggot.

Since the tiny town of Black Creek boasts neither a hospital nor an urgent care facility, the teen was transported twenty miles by the local EMS unit to the Transylvania Regional Hospital in Toomsboro, where he was treated by Dr. James Granville.

According to Granville's report, Truman suffers from a fractured skull, multiple facial contusions, and four cracked ribs. The depression in Truman's skull indicates a violent blow from behind, possibly inflicted by a pipe or a baseball bat. While epidural bleeding is the most probable cause of Truman's comatose state, the inhalation of gas fumes could also play a role.

As for how soon — or if — the teen will recover, it's simply too early to predict. "I'll tell you one thing," Dr. Granville told The Pulse. "He's durn lucky that driver came along when he did."

The slur written on Truman's chest, coupled with the placement of the gasoline nozzle in the victim's mouth, suggests that Truman's attack was motivated by antigay sentiments.

Tommy Lawson, who attended high school with the victim, doesn't discount the possibility. "He never did hide what he was, if that's what you're asking," says Lawson, son of Ronald Lawson, who owns the Come 'n' Go as well as a chain of discount stores. "He doesn't swish around or nothing, but it's no secret what team he plays for."

Verleen Cox, organist at the Holiness Church of God, offers a different perspective. "Patrick's a good Christian boy who knows right from wrong," she avows. While she acknowledges that the teen struggled in the past with "sexual brokenness," she informed The Pulse that "... he faced his demons and escaped their bondage with the help of the Lord Jesus Christ."

Orphaned at age three, Truman was raised by his grandmother, a woman described by members of her church as "a saint if there ever was one." Still, church deacon Steven Raab laments the teen's lack of a male role model during his formative years. "A boy needs his daddy," the deacon asserts.

Last winter, Truman faced further hardship when his grandmother passed away, leaving him to fend for himself at his grandmother's small but tidy house. The North Carolina Department of Social Services could not be reached for comment.

For upper- and middle-class Americans, the story of Truman's hardscrabble life could well read as fiction. But for those who endure it, the gritty truth of poverty is far too real. As in many poor rural towns, the residents of Black Creek — population 743 — struggle to survive in an environment where all odds are stacked against them.

"What with the new Walmart in Asheville, almost all the stores in town went on and closed," says Misty Treanor, who worked at a nearby paper mill until it went out of operation last August. "Do I wish things were different? Heck yeah. But they ain't."

Despite such difficult circumstances, young Patrick Truman tried to keep his spirits up. "He's one of the special ones," says Verleen Cox. "Hasn't dropped outta school, doesn't do drugs, got hisself a good job. He's always ready with a smile."

For now, Truman has nothing to smile about — and neither do Transylvania County law enforcers, who have no leads in their search for Truman's assailant(s). Yet Sheriff Doyle assures The Pulse that he and his colleagues "will do everything in [their] power to make sure justice is served."

The question is: Will it be enough?