Accessibility links
Movie Review - 'Beats, Rhymes & Life' - Between The 'Beats,' A Tribe Called Stress Actor and hip-hop superfan Michael Rapaport followed the legendary '90s collective on its 2008 and 2010 reunion tours to craft an admiring and funky, though hardly revelatory, chronicle of its contentious artistry.

Between The 'Beats,' A Tribe Called Stress

Between The 'Beats,' A Tribe Called Stress 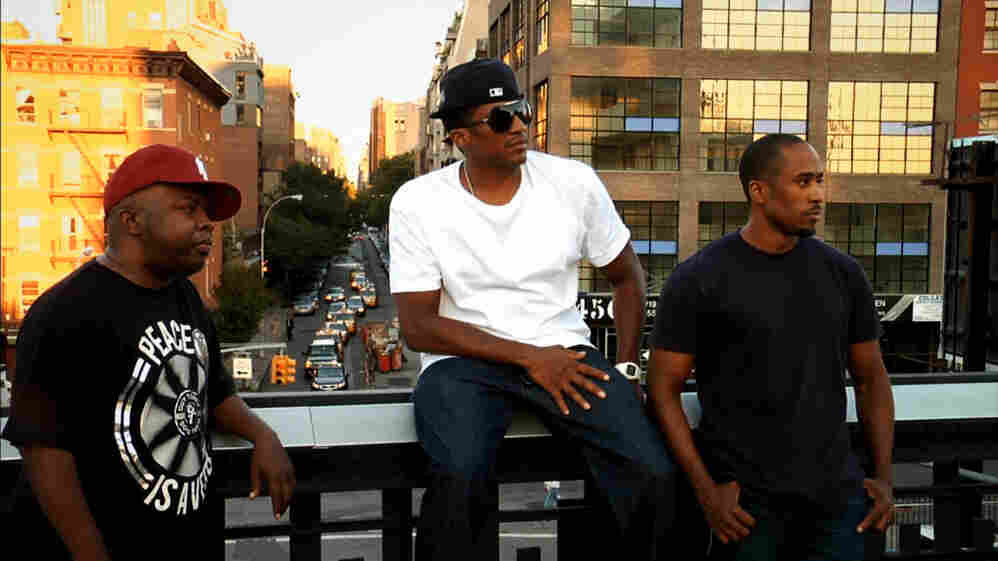 Beats, Rhymes & Life: The Travels Of A Tribe Called Quest

Rapper-producer Q-Tip has announced that he doesn't like Beats, Rhymes & Life: The Travels of a Tribe Called Quest, actor turned director Michael Rapaport's portrait of Tip's former group. Yet Rapaport, a longtime Quest fan, clearly admires Tip. He's just too forthright a storyteller to bury the tale of the quartet's acrimonious unraveling.

For the uninitiated, A Tribe Called Quest was one of the 1990s' most lauded hip-hop acts. At a time when gangsta rap was ascendant, the Queens-rooted quartet (along with such fellow travelers as De La Soul and the Jungle Brothers) had a sunnier, more playful outlook. The group also helped pioneer a jazz-based sound, favoring cool grooves and sinuous bass over the strident funk and rock loops of their neighborhood precursors, LL Cool J and Run-DMC. One of Quest's biggest hits, "Can I Kick It?" was based on the distinctively sauntering bass line of Lou Reed's "Walk on the Wild Side."

That's more than Beats, Rhymes & Life explains about Quest's musical style. Although Rapaport includes commentary from such big-name peers as Mary J. Blige, Questlove and the Beastie Boys, their remarks are more enthusiastic than informative. Even engineer Bob Power, who worked with the group, doesn't offer many specifics.

The movie is better at evoking the early career of Quest — Tip, fellow rapper Phife Dawg, Jarobi White and DJ Ali Shaheed Muhammad — and the spirit of what was for them a more innocent age. The first-time documentarian uses old photos and video clips to conjure up the period, and visits some neighborhood landmarks. These include the unlikely local institution that prepared Tip, Muhammad and several other hip-hoppers for the music business: the Murry Bergtraum High School for Business Careers.

Perhaps because he's an actor, Rapaport prefers drama to analysis. And this story has plenty of conflict. Tip and Dawg, who've known each other since they were 2 years old, grew apart musically and philosophically as Quest prospered. By the time the group recorded the 1996 album Beats, Rhymes and Life, Dawg reports, he and Tip had "no chemistry." 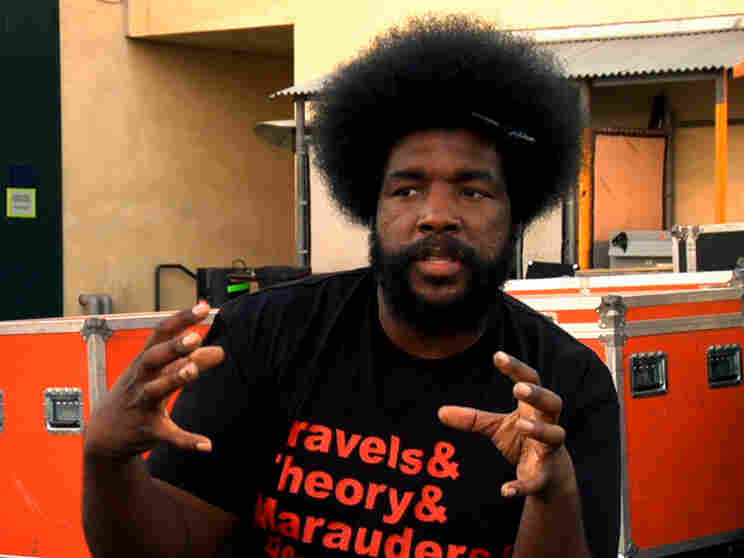 A multitude of hip-hop luminaries, including The Roots drummer Questlove, give fawning testimonies on A Tribe Called Quest's influence over the genre, but their feedback rarely digs beneath surface-level praise. Robert Benavides/Sony Pictures Classics hide caption 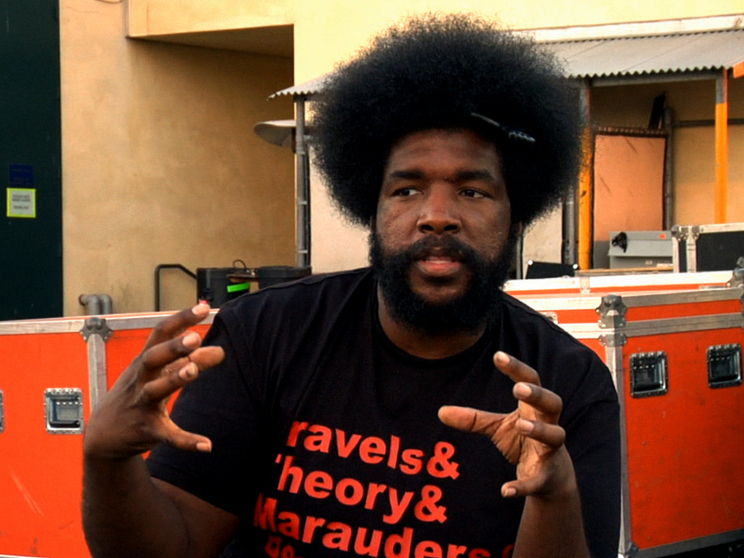 A multitude of hip-hop luminaries, including The Roots drummer Questlove, give fawning testimonies on A Tribe Called Quest's influence over the genre, but their feedback rarely digs beneath surface-level praise.

The documentary doesn't mention that Tip and the soft-spoken Muhammad converted to Islam, while Dawg and White (who quit in 1991 to become a chef) did not. But it does provide a full account of another source of internecine tension: Dawg's medical problems. The self-proclaimed "funky diabetic" needed dialysis and, eventually, a kidney transplant.

That chapter aside, the tale of Quest's breakup is not that unusual. The easygoing Dawg is the more likable of the two long-feuding characters, but it's clear that Tip is essential to the music. Described as a "nut" and "a control freak," Tip is serious, dedicated and driven. These days, Dawg seems more interested in scouting potential basketball stars than rapping.

And yet all four members of the group, which hasn't made an album since 1998, have reunited for several tours in recent years. Rapaport tagged along on the 2008 and 2010 "Rock the Bells" jaunts. (While the first one was tense, the second was more congenial and took Quest to Japan, always good for exotic local color.) Another album is a possibility, although not guaranteed. As Dawg sums it all up: "This is a Tribe called Go Figger."