Accessibility links
Movie Review - Upper Management Is Murder In 'Horrible Bosses' Three friends scheme to do away with their superiors in Seth Gordon's vulgar dark comedy, but the narrative flies off the rails even as the jokes keep hitting. Glaring character inconsistencies kill the film's potential. 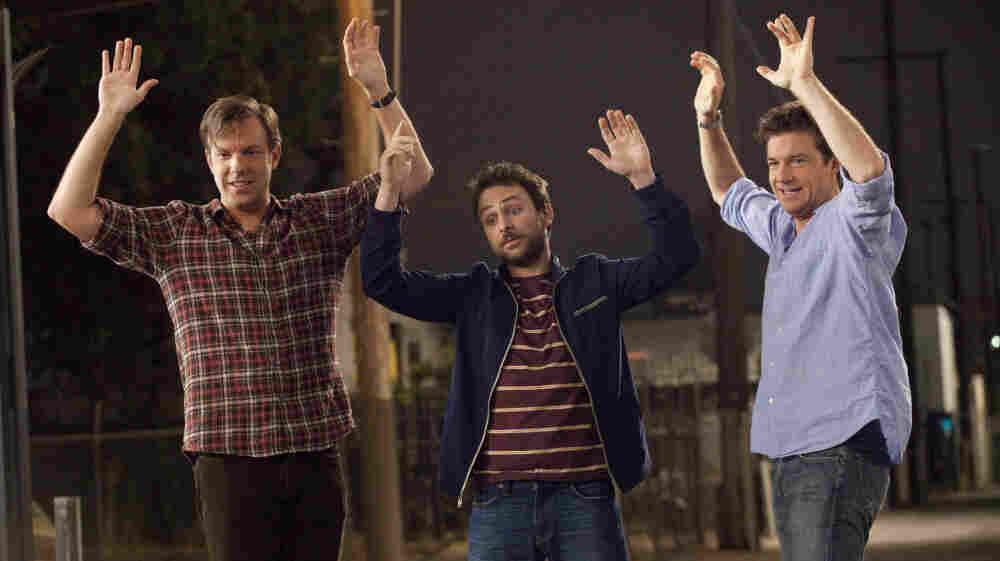 Rated R for crude and sexual content, pervasive language and some drug material

There's a moment in Horrible Bosses when Kurt (Jason Sudeikis), the film's unlikely lothario, exits a bathroom having just consummated a spur-of-the-moment tryst. The joke in the scene ought to be the fact that the entire encounter, from seduction to completion, lasts just barely longer than the couple of minutes his two buddies, Nick and Dale (Jason Bateman and Charlie Day), take to finish a conversation in another room.

Instead, poor Julie Bowen (of TV's Modern Family) is the butt of the joke, exiting the bathroom immediately after, looking mortified and unable to speak — because, it seems, her mouth is full. When faced with the choice of which gag to go for, Horrible Bosses generally selects the raunchiest laugh possible, all other considerations be damned.

Kurt, Nick and Dale are old friends who suddenly find themselves in the same predicament: They're at the mercy of bosses so cruel, the idea of murdering them seems like an attractive option. The movie sets up their predicaments with brisk economy, having each character explain his work situation in voiceover, leading up to the moment when things get truly awful for all three of them.

For Nick, it's getting passed over for a promotion by his blowhard tyrant of a boss, played by Kevin Spacey, who channels the sadistic movie mogul he played in 1994's Swimming with Sharks, only with less complexity and nuance. Kurt, an account manager at a small chemical company, suddenly finds himself working for his former boss's cokehead son, played by a depraved Colin Farrell, sporting a hilariously awful comb-over. Dental hygienist Dale is the target of constant harassment by his foul-tongued employer (Jennifer Aniston), a predicament his friends find little sympathy for until the situation finally turns to sexual blackmail.

The first half hour of the film, setting up these characters, is sharp and hilarious. All the comic actors in director Seth Gordon's impressive ensemble are game for whatever he and his team of writers throw at them. For Bateman and Day, that mostly involves playing to the strengths and personas they've established already: Bateman's Nick isn't a far cry from Arrested Development's pragmatic Michael Bluth, and after a subdued start, Day's Dale quickly slips into the familiar notes of It's Always Sunny in Philadephia's manic Charlie Kelly.

On the other side of things, Aniston enjoys playing against her girl-next-door type, delivering some of the bluest dialogue you'll hear outside of an adult film this year. Farrell similarly relishes his broad turn as a coked-out martial arts-obsessed middle-aged womanizer, while Jamie Foxx, as the tattooed ex-con mentor for the murder plot, steals every scene he's in. 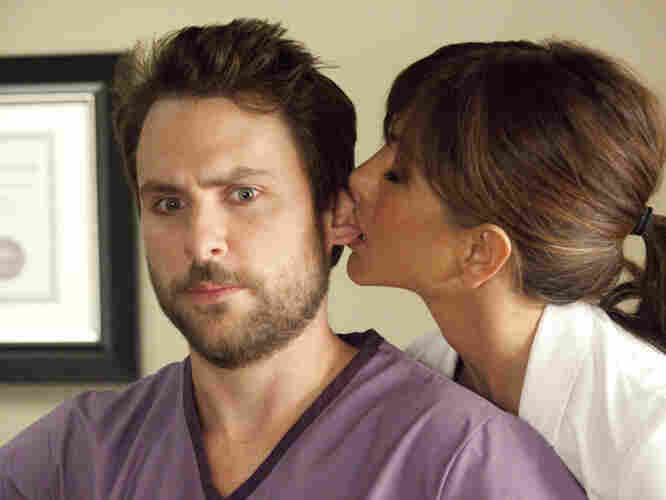 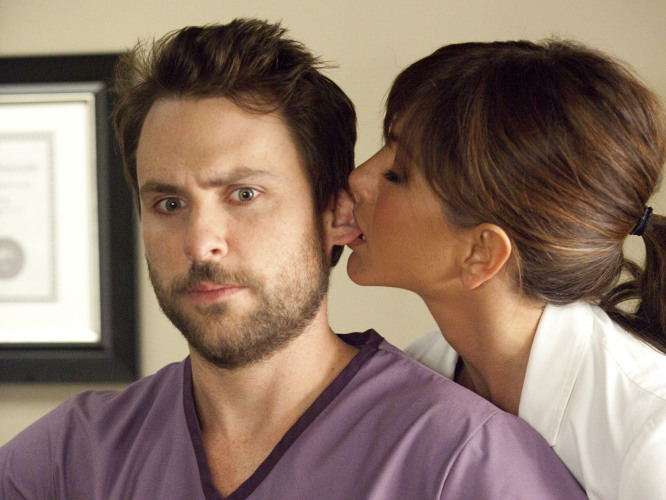 Dale (Charlie Day, left) becomes a sexual target for his boss, Dr. Julia Harris (Jennifer Aniston) - a fate that his lusty friends are unable to comprehend as "horrible."

These are all fun characters to watch, but their inconsistencies can be frustrating. The wild-eyed idiot that Dale becomes doesn't mesh with the calm, reasonable character that bookends the film. And it's difficult to find sympathy for Sudeikis' situation working for a sleazy womanizer, when he's the sort of guy who drops equally shady pickup lines on attractive delivery women.

Even as the movie begins flagging through its latter half, there are still plenty of excellent jokes. The problem is that they're in service of a story that grows consistently more cartoonish. The writers — Michael Markowitz, John Francis Daley and Jonathan Goldstein — are all veterans of television comedy, and it shows: stretch out the murder plot, and it's easy to imagine this as a sitcom about three inept, put-upon employees who come back every week with a new scheme to do away with their bosses. Sustaining that concept through an entire series might seem implausible, but no more so than the narrative hoops they have to jump through just to keep it going for 100 minutes. The talented cast and colorful vulgarities work overtime to cover for a lack of coherence, but they can only distract for so long.