Accessibility links
Why Jose Antonio Vargas Should Leave The U.S. Mark Krikorian runs the Center for Immigration Studies, a think tank that advocates for "low immigration" and "high enforcement" of current laws. He explains why the journalist who recently came out as an undocumented immigrant in the New York Times Magazine should return to the Philippines. 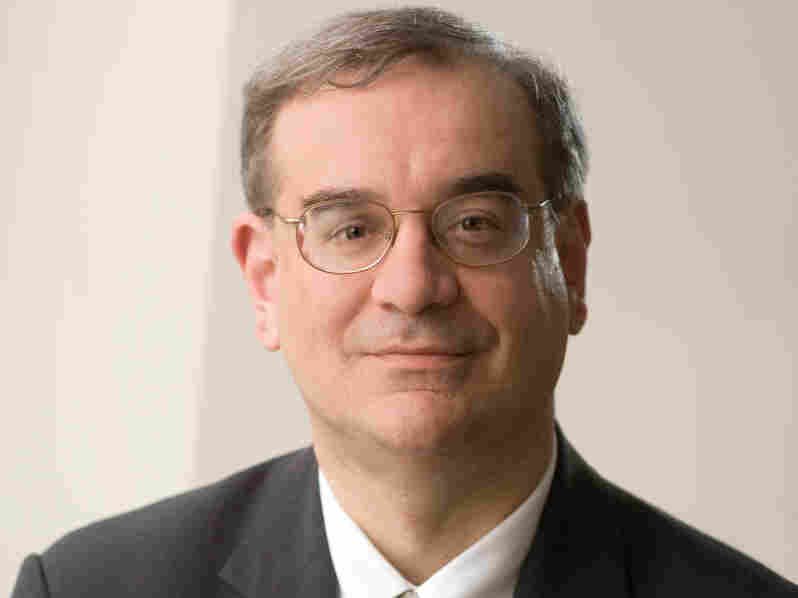 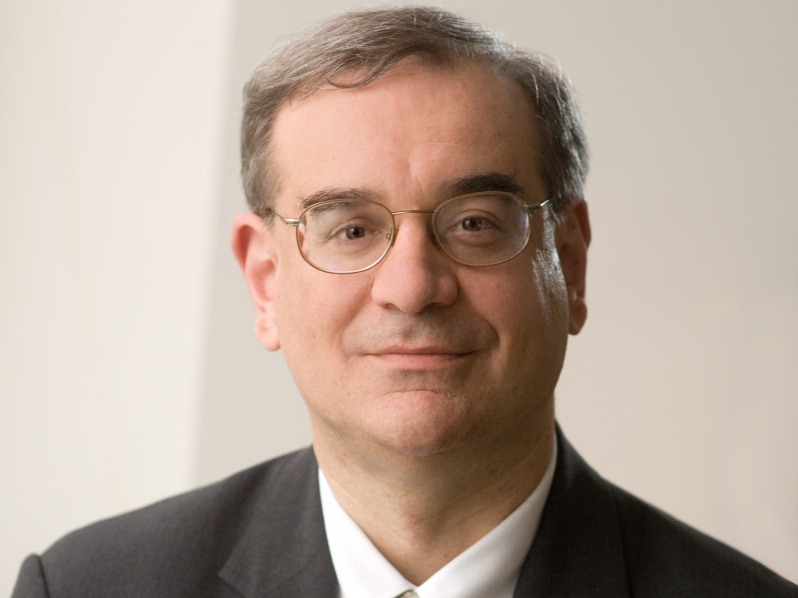 Mark Krikorian is the head of the Center for Immigration Studies and a columnist for National Review Online.

Mark Krikorian says Jose Antonio Vargas, the journalist who recently came out as an undocumented immigrant in the New York Times Magazine, should go back to the Philippines.

"It's not so much that he's undocumented. It's that he's an illegal immigrant — he had illegal documents," says Krikorian, the executive director of the Center for Immigration Studies, a think tank that advocates a "low immigration, high enforcement" immigration policy. "He came here as a child [but] ... he came here with an identity formed as a Filipino. In other words, he came at 12."

Vargas says he was inspired to write his article after the Senate failed to pass the Dream Act, which would have granted amnesty to people younger than 36 who arrived in the United States as children, have lived here for five years or more and are currently attending college or serving in the military.

But Krikorian says legislation like the Dream Act shouldn't apply to people like Vargas — because he arrived in the United States at the age of 12.

A Journalist Comes Out As An Illegal Immigrant

"The moral case that you can make for the Dream Act — or something like the Dream Act ... really only applies, it seems to me, to people whose identities have been formed here, who have no memory of any other country, who really are — as some of the advocates sometimes put it — are Americans in all but paperwork," he says. "This doesn't really cover a lot of the people who would be covered under the current version of the Dream Act, including Mr. Vargas. The man has real abilities and real skills, and he should go home to his country of citizenship, the country he grew up in for most of his childhood."

Providing amnesty to illegal immigrants — even through something like the Dream Act — has two important consequences, Krikorian says.

"[It] encourages further illegal immigration by sending a message that if you keep your head down long enough, eventually you or your children will be able to get legal status. So it serves as a kind of magnet for new illegal immigration," he says. "And the second effect that all amnesties have is that they reward people who broke the law. Now the kids ... wouldn't fit in that description because they were legally incapable of having violated the law, but the adults that are responsible would — and so the two important things that any Dream Act 2.0 would have to deal with would be these questions."

Do We Really Need Immigration?

Krikorian says illegal immigration is only part of the larger immigration problem in the United States.

"Our take on it is really that a modern society has no need for any immigration," he says. "We don't actually need immigration. Our land is settled, we're a post-industrial society, and so ... from our perspective, we need to start from zero — like zero-based budgeting — and then say, 'Are there groups of people whose admission is so compelling that we let them in despite the fact that there's no need for this sort of thing?' "

That group, says Krikorian, would include husbands and wives of current U.S. citizens, a "handful of real Einsteins," and a modest number of refugees who wouldn't have anywhere else to go.

Immigration, he says, has changed since his grandparents came to the United States from Armenia.

"The idea that immigration — which was an important element of the second half of the 19th century in forming who we are as a country now — is somehow essential to our sense of self indefinitely into the future just strikes me as anachronistic and incorrect," he says. "The difference from a hundred years ago isn't really the immigrants — they're really not that different today from my grandparents and yours — but what's different is our country. We've become a middle-aged country, if you will, and we have outgrown mass immigration. It was an important part of our adolescence, just as settling the frontier was, but we've left it behind."

Krikorian says we can think of immigration like a good fat-filled doughnut.

"When you're 11 years old, you eat all of the doughnuts that your parent will let you eat, and they're probably good for you at that point," he says. "When you're 50 years old, you can't eat doughnuts like that anymore. There's nothing wrong with the doughnuts. They're the same doughnuts. But your metabolism has changed. And our body politic's metabolism has changed so that we need to start now looking at what's good for our grandchildren, not what was good for our grandparents."

Texas Governor Wages Own Battle Along Border July 5, 2011
What Does A 'Post-American World' Look Like? June 30, 2011
Will Journalist Face Deportation? Signs Point To 'No' June 24, 2011
States Take Steps To Curtail Illegal Immigration June 16, 2011
Obama Pushes Changes To Immigration Law May 11, 2011

On how Jose Antonio Vargas should leave the country

"You give people like this something called voluntary return. You have to leave in 90 days or in six months or something like that. So you pack up your things, you resolve your affairs and you can go home. I mean, he's got a skill that's clearly usable in much of the world, including the Philippines. They have large numbers of English-language media. The man has real skills and real abilities, and he ought to use those in his own country."

On when the Dream Act should apply

"The strongest case you can make for something like the Dream Act is for people who prudence suggests we should allow stay because their identities have been formed here. They really are, psychologically speaking, Americans. Because you have to understand that what we're proposing here is an amnesty — in other words, legalizing illegal immigrants at the expense of legal immigrants who did not sneak in or were brought in illegally into the country. And it seems to me that that's a pretty high bar to meet. And it just doesn't seem to me to say that any person involved here has certain skills and they'll be able to earn a living and distinguish themselves — that just seems to me not enough of a rationale."