Accessibility links
In Minn. Government Shutdown, State Parks Suffer Thanks to the political gridlock in St. Paul, the gates of Minnesota's state parks remain padlocked during peak season. Now rising anger over the standoff is leading to a spate of burglary and vandalism. 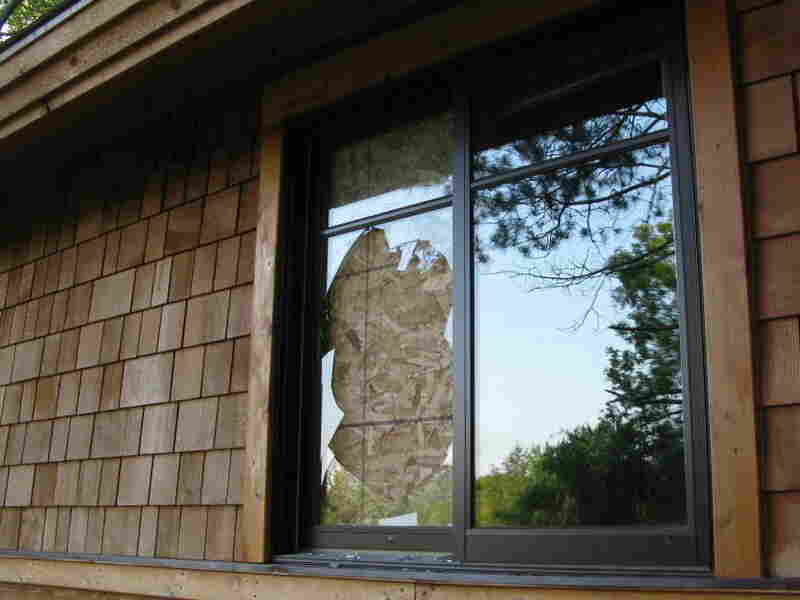 This cabin was trashed by vandals who took advantage of the park's closure this week. More than a dozen people have been arrested and charged in the incident. David Schaper/NPR hide caption 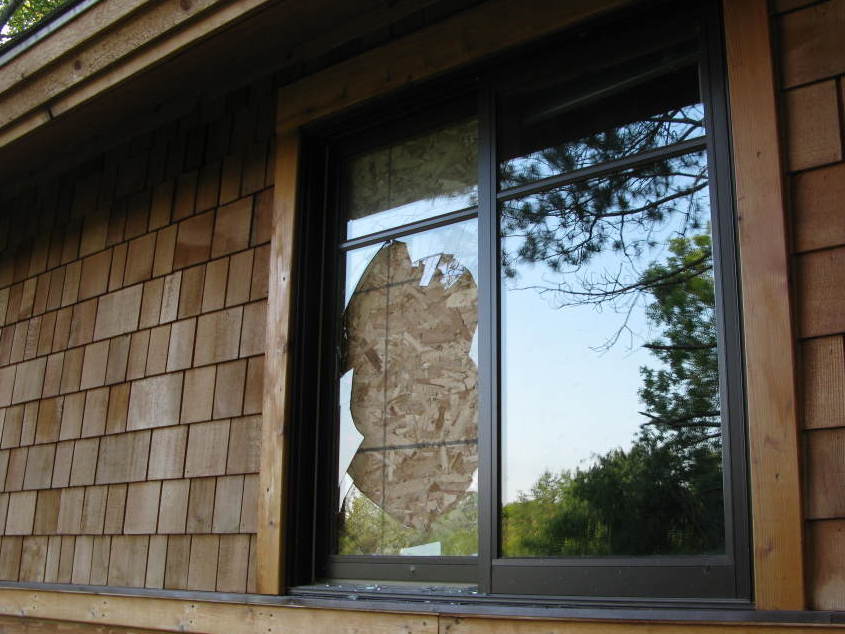 This cabin was trashed by vandals who took advantage of the park's closure this week. More than a dozen people have been arrested and charged in the incident.

In Minnesota, the state government shutdown is in its second week, with no end in sight.

The state's Democratic governor, Mark Dayton, and Republican legislative leaders remain divided over how to balance the budget. The two sides did not meet today and no new budget negotiations are scheduled.

Among the many state facilities that are closed are state parks, in the midst of peak season for camping, fishing and swimming. Outdoor enthusiasts in Minnesota aren't happy about it.

Afton State Park is a half-hour drive from the state's capital, St. Paul. In the park, it's a beautiful summer afternoon with sunny skies and temperatures in the 80s — a picture-perfect day to take a hike or ride a bike through this hilly natural treasure along the St. Croix River. But the gates here are locked, and the park is closed.

"I got back to the back edge where the St. Croix tributaries go past, and kind of thought about it — the fact that like, within miles, there isn't probably nobody else," Schulz says.

But Schulz did see some signs of destruction in the park's natural areas and cabins.

"There were a few spots off the main road where it looked like somebody had been having fires and stuff like that. There was trash on some of the trails. They had a broken window that had been boarded up on plywood," he says.

Washington County Sheriff Bill Hutton says his deputies arrested more than a dozen people in their late teens and early 20s for burglary and criminal destruction of property. 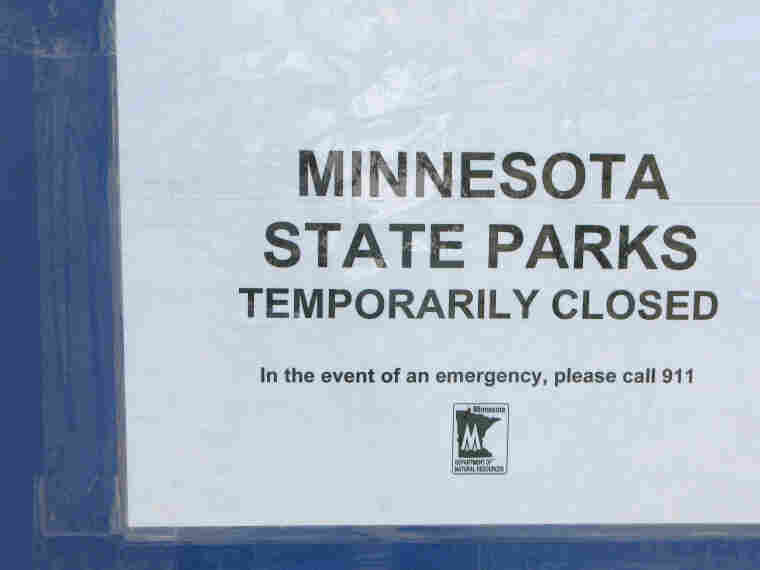 Afton State Park is one of the victims of Minnesota's government shutdown. David Schaper/NPR hide caption 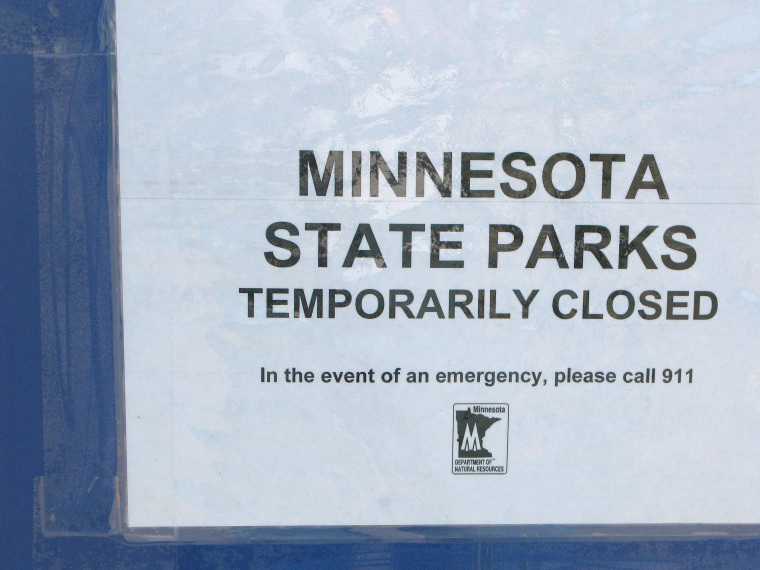 Afton State Park is one of the victims of Minnesota's government shutdown.

He says a group ransacked the state park's office and a couple of cabins. They trashed trails and burned electronics and other stolen items.

"There was alcohol involved," Hutton says. "Some of the individuals that were involved were also cited or charged with underage consumption. There's just a lot of stupidity, if you will."

Hutton says the damage will cost the state thousands of dollars. The crime would not have occurred, he says, if the state was in operation.

This incident, and vandalism at several other closed state parks this week, only add to the soaring costs the Minnesota government is facing for the shutdown.

The closures are raising the ire of would-be park visitors. Tracy Larsen, from nearby Lake Minnetonka, planned to visit the park.

"I have a business that's not far from here, and with the St. Croix being as beautiful as it is, we thought we'd come down today and try to catch some fish," Larsen says. "But the state park is closed, and we don't know where the landing is from here, or where we should go."

Standing next to his SUV with a trailer pulling his bass boat, Larsen says he'll be able to find another boat landing on the river. But, he says, the state parks have the best-maintained landings.

Larsen calls the political gridlock that led to the shutdown a "fiasco."

"We all have to keep our business in order; our businesses run on budgets. It's just not very impressive. People have a certain amount of time to get this figured out, they should get it figured out without having to furlough the employees and shut down the parks," he says.

"It's awfully silly that a bunch of [grown-ups] — who were elected by the state to do that — can't get it done. I mean, that's their job. They're professionals," Lerner says.

Donna Baisden of St. Paul had planned time off this week with her husband, Don, specifically to hike through several of Minnesota's beautiful state parks. "We are absolutely so lucky to have this in this state, which is why we're both outraged that this has happened and people can't camp here and they can't bike ... it just seems a waste, a total waste," she says.

This will be the second consecutive summer weekend that the state parks will be closed for business. If there's a winner in the shutdown, it's private campgrounds and lake resorts, which are getting a small boost in business as state campsites and cabins sit empty.