Accessibility links
Obama Scrambles To Respond To Jobs Report As the White House tried to put the best face on dismal new employment numbers, Republicans hoped to pin blame on the president.

After a terrible unemployment report in May, people hoped for a change of direction in the latest numbers. But the jobs report that came out Friday morning shows that the situation is even worse today. The economy created only 18,000 jobs in June. Unemployment rose for the second month in a row, hitting 9.2 percent. The Obama White House tried to put the best face on a dismal situation as the stalling recovery provided an opportunity for Republicans to continue hammering the president's economic policies. 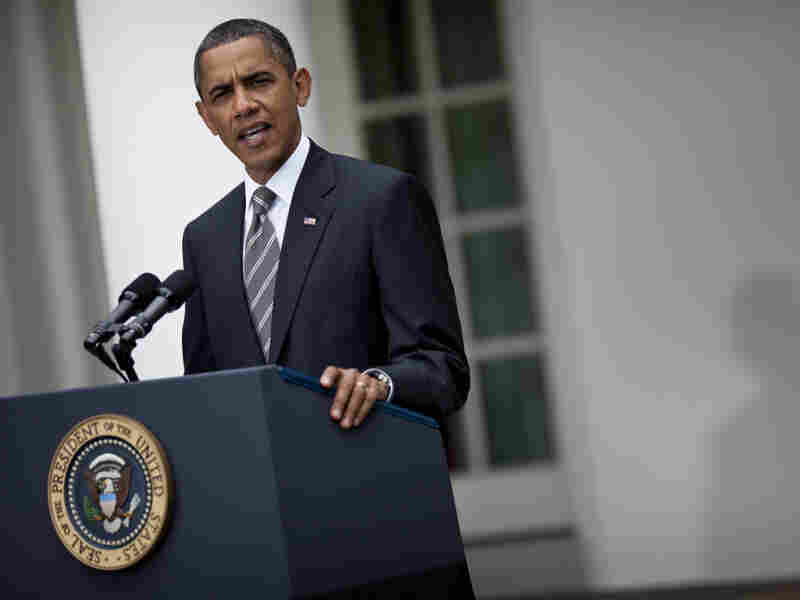 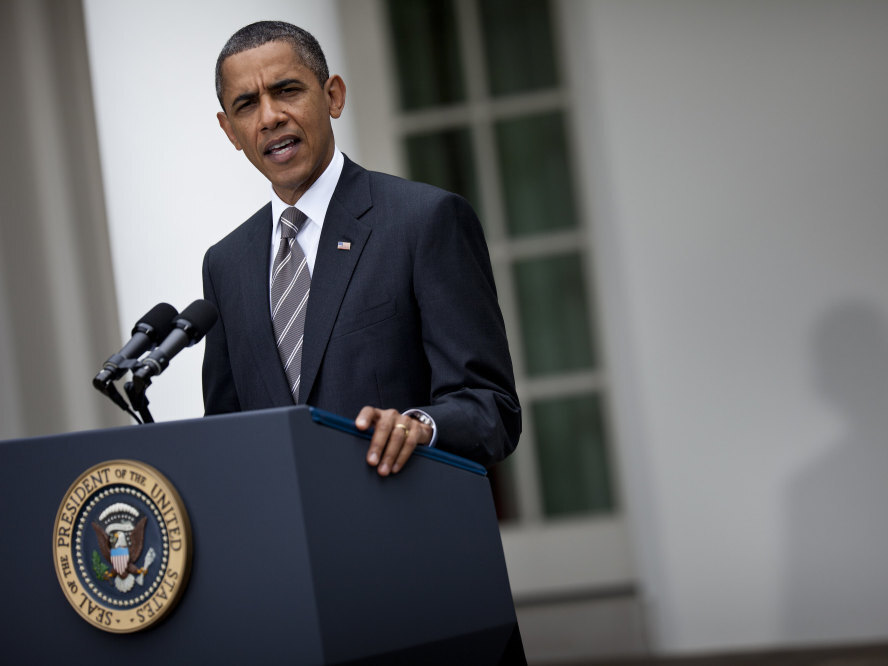 In the White House Rose Garden, clouds rushed in and the wind whipped ominously.

It was an apt setting for President Obama's late-morning announcement.

"Today's job report confirms what most Americans already know," Obama said. "We still have a long way to go and a lot of work to do to give people the security and opportunity that they deserve."

The president tried to lay some blame at Congress' feet. He said lawmakers could pass a handful of policies today to create jobs. His list included an infrastructure bank, free trade deals and patent reform.

"There are bills and trade agreements before Congress right now that could get all these ideas moving," he said. "All of them have bipartisan support, all of them could pass immediately, and I encourage Congress not to wait."

But as the country's chief executive, a big heap of responsibility falls in the president's lap. Republicans were quick to point that out at a press conference on Capitol Hill.

"The president always tells us he inherited a bad situation. I concede the point," said Rep. Jeb Hensarling of Texas. "But he has made it worse. And after 2 1/2 years it is time for him to take responsibility, and to answer the question 'Where are the jobs?' "

More on the Jobs Report

It is a question people inside the White House are trying to answer too.

"The first thing you do as a member of the economics team is to try to understand why the numbers are so much worse than you expected," says economist Jared Bernstein, who used to advise Vice President Biden. "But then you pretty quickly go into a messaging mode and try to figure out how you're going to explain what's going on to the American people."

Bernstein, who is now with the Center on Budget and Policy Priorities, says the messaging was easier when the economy was slowly bumping along, creating a couple of hundred thousand jobs per month.

"You could go out there and say things are getting better, they're just not getting better at a quick enough pace. But when you're really stuck in neutral like this, when the job market is in a stall, you can't really try to push that message."

Last month the White House called the bad numbers a bump in the road, and officials warned against reading too much into any one report. Two months in a row starts to look like a trend, though.

At a breakfast hosted by the Christian Science Monitor Friday morning, Republican strategist Ed Gillespie warned the White House against trying to minimize the problem.

"When [voters] hear people like the president of the United States say it's just a bump in the road or things aren't that bad, it's like nails on the chalkboard to them. So today is just reinforcing last month, which I thought was a seminal moment in the arc of the re-election campaign."

Washington faces a much more immediate problem than the presidential campaign.

The U.S. could default on its financial obligations unless Congress raises the debt ceiling by Aug. 2. Republicans and Democrats are negotiating on an ambitious budget deal to trim the national debt and avoid default. Each used today's unemployment report to bolster their party's argument.

White House spokesman Jay Carney said the weak job market is all the more reason to cut a deal now. "One thing we can do something about immediately is to move these negotiations forward and reach an agreement," he said.

House Speaker John Boehner used the stagnant economy to argue that the deal should not include any tax increases, saying, "Tax hikes on families and job creators will only make things worse."

The two sides will hash it out in person when they meet at the White House for another round of talks on Sunday.