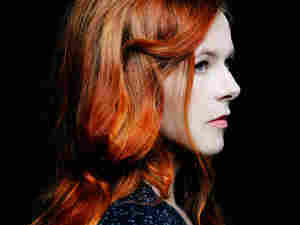 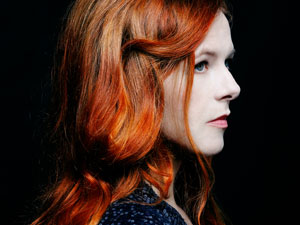 From NPR and WBEZ-Chicago, this is WAIT WAIT...DON'T TELL ME! the NPR News quiz. I'm Carl Kasell, and here's your host, Peter Sagal.

SAGAL: Thank you, everybody. It is midsummer, and everybody's out at the beach or in the back yard or grilling. And what better thing to have on your radio than music? OK, here's something better: interviews with musicians. It's witty banter you can dance to.

KASELL: Today, we bring you some of our favorite 'Not My Job' games with musicians. We begin with singer/songwriter Neko Case. She joined us in July 2009, along with panelists Adam Felber, Paula Poundstone and Julia Sweeney.

SAGAL: I began by asking Neko to describe her own style of music.

M: I don't really know what to call it. I'm a very loud singer, loud.

SAGAL: Well, actually, let's play a little bit of your music because also, I'm interested in the difference between your speaking voice and your singing voice. So here's a song, it's called "Letter from an Occupant," which you did with the band the New Pornographers.

(SOUNDBITE OF "LETTER FROM AN OCCUPANT")

SAGAL: So that's you singing. It doesn't sound like you talking. You're sort of like a modern-day Jim Nabors in that regard.

M: Yeah, well the thing that's weird about that - and they didn't tell me this until years later - is they actually changed the pitch of that song. So I don't actually sing like that, either.

M: Yeah, it's higher than I actually sing.

M: Oh, so you're kind of a modern-day Chipmunks.

M: Every time I hear it, I'm like, are you sure that was me who did that? And apparently, it was.

SAGAL: Wow, who knew? Well, tell us about the life of an indie rock superstar. We imagine it's all just sort of glamour and groupies and debauchery.

M: Well, I think that that's for men in rock.

M: But if you're a woman in rock, you find that basically, people don't talk to you unless they're eBay guys who want you to sign stuff that they can sell on eBay later, and they don't actually know who you are.

M: The glamorous rock and rock groupies hanging around and feeding you grapes and stuff, that doesn't really happen.

SAGAL: You mean, you don't have skinny male hipsters throwing their ironic T- shirts at you?

SAGAL: Do you wish you did?

M: The one time I ever saw a guy waiting to talk to me in line after the show, it turned out to be my cousin.

M: And I was like, of course you are.

M: Did he get a signature for something to sell on eBay as well, while he was there?

SAGAL: All right, you have lived - as far as we know - in Virginia, Washington State, Vancouver, Chicago and Arizona, right? And you're a relatively young woman.

SAGAL: And now you're moving to Vermont.

SAGAL: What is chasing you, Neko Case?

M: Well, I lived in Vermont when I was little, and I always wanted to go back because everyone's so kind. And they don't age; it's really weird.

M: Well, I don't know. I saw my friend's mom for the first time in 15 years, a few months ago, and she was even wearing the exact same shirt that she had been wearing the last time I saw her - which, you know, I was in like, sixth grade.

SAGAL: My experience reading and watching a lot of science fiction growing up - instead of starting my own band, like you did - is that communities where people don't age usually have a terrible, dark secret.

M: It could be a "Pet Sematary" situation.

SAGAL: You're going to go.

SAGAL: We understand that in Vermont, you have a barn filled with pianos.

SAGAL: Why do you have a barn filled with pianos?

M: Well, I went on Craigslist to find a piano for the farmhouse, and there were so many free pianos that I thought it would be really hilarious to see how many free pianos you can get. Because nobody wants their pianos, right?

M: And then, you know, I also learned that free pianos aren't free, because you have to move them and then you have to tune them. They're like having an entire team of draft horses or something. They're very high maintenance, in the end.

M: And also, getting a piano on Craigslist does not guarantee that it is tuneable. I have eight, and there are six that were tunable.

SAGAL: So what do you do with six tuned pianos?

M: Well, what we did is, we made a remote recording unit. And we had lots of people come out: some folks from The New Pornographers and myself, and Paul Rigby from my band, and Garth Hudson from The Band - the band.

M: And we did some recording, and there's birds and frogs and all kinds of stuff that you can't get rid of on there, too. So that was pretty fun.

M: I think, also, a good question is: What do you do with two pianos that can't be tuned?

M: I think I'm going to literally, put them out to pasture.

M: It'll be like "Black Beauty," at the end of "Black Beauty" - the remainder of my days on the soft grasses, you know.

SAGAL: Well, Neko Case, we are so pleased and honored to have you. Neko, we've invited you here to play a game we're calling...

KASELL: "They Taste Like a Magic Combination of Sugar, Happiness and Chalk."

SAGAL: So obviously, your parents were either fans of the drug-addicted singer Nico of the Velvet Underground or - and we prefer this option - they just loved Necco Wafers. Those are the yumm, hard, little discs made by the New England Confectionary Company. So we're going to ask you, in fact, about Necco...

SAGAL: Bring it, all right. We've put these together...

SAGAL: Three questions together. We got help from Steve Almond. He's the author of a book called "Candyfreak." Get two questions right, you win our prize for one of our listeners, Carl's voice on their home answering machine. Ready to do this?

SAGAL: All right. Carl, who is Neko Case playing for?

KASELL: Peter, she is playing for Kate Bauman Johnson of Philadelphia.

SAGAL: All right. I like this focus here. The history of the candy Necco Wafers goes back a long way. In fact, the wafers could be found where? A, floating on the water by the thousands after the sinking of the Titanic; B, in the rucksacks of Union soldiers during the Civil War - they just loved them; or C, at Ellis Island in the 1890s, where they were the first, quote, American food many immigrants ever tried?

SAGAL: You're going to go with C, Ellis Island. The immigrants arriving there being handed these dusty little wafers going, oh my God, the food here is small and dry and crunchy and tasteless.

SAGAL: I'm afraid it was B; it was the Union soldiers.

M: Come on, they always talk about hardtack; they never talk about Necco Wafers.

M: How come Ken Burns hasn't put that in the documentary?

M: I know every single thing about every battle, but I don't know that they ate Necco Wafers. I can picture their severed limbs on the battlefield, but they never said anything about Necco Wafers.

M: Lincoln mentions it in the Gettysburg Address.

M: Lincoln must be depressed to bring up this whole Necco Wafer thing. Sorry.

SAGAL: No, Necco Wagers were first made in 1847, and Union soldiers carried them. They enjoyed them - and in extreme situations, they could be thrown with great effect at the enemy.

M: You don't remember that from the Ken Burns documentary?

M: Well, it was in black and white. I couldn't tell if the little discs were colorful or not.

M: My dearest Annabelle, thank you for the letter and for those delicious round wafers.

M: It would brighten my soul greatly should you...

SAGAL: Should you send me some Necco Wafers.

M: Should you set aside some Necco Wafers for me at my funeral.

M: Miraculously, I had a Necco Wafer in my breast pocket.

SAGAL: One of the enduring questions, maybe since those first days of the Necco Wafer - maybe this is what they talked about, waiting for battle in the Civil War - what exactly are the purple ones supposed to taste like? Is it A, beet; B, clove; or C, steak?

SAGAL: They are clove-flavored candy.

M: George McClellan kept the Necco Wafers under his saddle, and he wasn't in battle - which he never was.

SAGAL: He actually refused to commit his troops to the Seven Days Battle because he didn't have enough Necco Wafers. Did you know that?

M: No, he didn't. They're not moving anywhere until the Necco Wafers come.

M: We must build a pontoon bridge to bring the Necco Wafers.

SAGAL: General Lee's plans for the Battle of Antietam were found on a Necco Wafers wrapper.

M: They're as flinty and indestructible as the candies they carry.

SAGAL: All right, here's your last question. Get this right, you win it all. Necco Wafers today...

SAGAL: They're odd tasting. They have one use in which they outshine any other confection. What is it? A, practice Communion wafers for kids...

SAGAL: You're going to go with A, the Communion wafers?

M: Yeah, but I mean I never had one of those guns.

SAGAL: Go with A.

SAGAL: You're right, it's A. Congratulations.

SAGAL: They're good - Necco Wafers, because of their shape, size and lack of flavor, are good for both practicing First Communion, and for having your own ceremonies at home, if you're so inclined.

M: They build your relationship with the Lord like no other candy.

SAGAL: They really will.

SAGAL: Carl, how did Neko Case do on our quiz?

SAGAL: You did it. Congratulations.

SAGAL: I love it. Neko Case is one of my favorite musicians. Neko, thank you so much for being with us.

M: Thank you so much for helping me. Thank you.