Accessibility links
Peter Tosh: Reclaiming A Wailer The late reggae artist was a founding member of the Wailers, though he never achieved the recognition his bandmate Bob Marley did. New reissues of Tosh's first two albums highlight him as more than just Marley's foil. 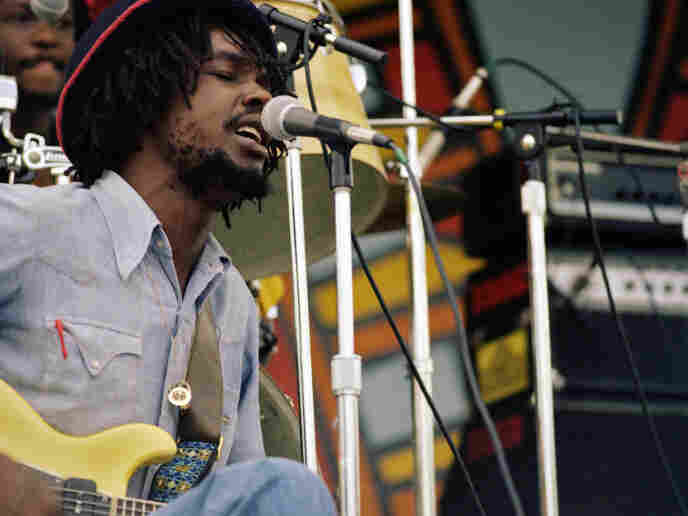 Peter Tosh performs at the University of Miami in 1976. Lee Jaffe/Courtesy of Sony Music hide caption 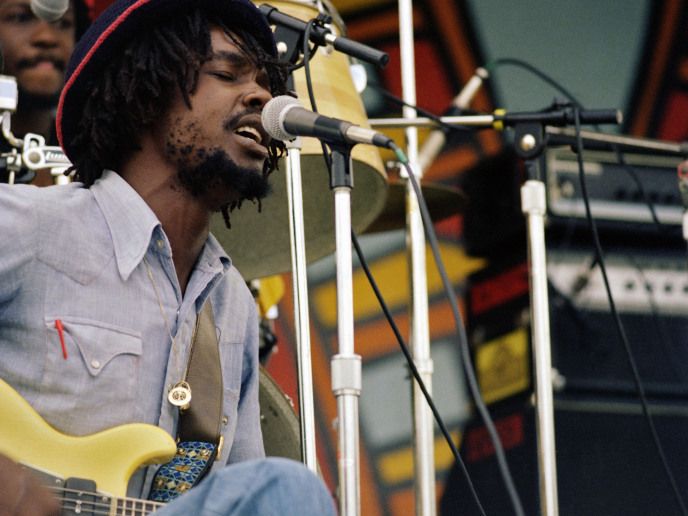 Peter Tosh performs at the University of Miami in 1976.

This story contains language that may be objectionable to readers.

Bob Marley and the Wailers: The two names are practically inseparable. But in the years since they became the most prominent reggae band of all time, another name has diminished in history: Peter Tosh.

Check out an alternate version of 'Get Up, Stand Up' from the reissued 'Equal Rights,' plus a classic from 'Legalize It.'

Get Up, Stand Up (Extended / Alternate Version)

Why Must I Cry

Tosh was a founding member of the Wailers, who went on to a rich solo career before his untimely death in 1987. Now his first two albums are being reissued with a wealth of bonus material, including rare demos and alternate versions of some of his best-known songs.

Though perennially overshadowed by Marley, Tosh was a major songwriting presence in the Wailers' early days. He was also an activist who crusaded against police brutality and advocated for drug law reform and equal rights.

"In places like Africa, Peter is an even more respected star than Bob because of his militancy," says reggae archivist Roger Steffens. "He was almost beaten to death on several occasions by Jamaican police because of his anti-establishment views. He didn't just talk the talk, he walked the walk — and people respect that all over the word."

Born Winston Hubert McIntosh in rural Jamaica, Tosh moved as a kid to Kingston's rough Trenchtown neighborhood. At a local gambling joint, he met Bunny Livingston, later known as Bunny Wailer, who along with Marley had started a band. Wailer says they asked Tosh to join because he was a self-taught, accomplished keyboardist and guitarist.

In the 1960s, Tosh was influenced by such civil rights leaders as the Rev. Martin Luther King Jr., Stokely Carmichael and Malcolm X, whose writings were banned in Jamaica. He was arrested for demonstrating against racial murders in southern Africa. Colin Grant, author of a new book about the Wailers, says the dark-skinned Tosh developed Afrocentric pride early on.

"Even though Jamaica is predominantly a black country," Grant says, "there is a brown and white elite, and I think people took sides and aligned themselves fundamentally with one side or another. Peter aligned himself fundamentally in the black camp."

Tosh left the Wailers in 1973, as the group was gaining international fame. He's said to have griped about the starring role given to the lighter-skinned Marley by the group's manager, Island Records chief Chris Blackwell. Steffens says that when Tosh recorded his first solo album in 1976, he sought an alternative source of funding in the U.S.

"He approached a pot dealer in Miami to invest in the album, and the dealer agreed," says Steffens. "He said, 'So what are you gonna call it?' And Peter said, 'I'm gonna call it Legalize It.' And the dealer got really upset and said, 'No, man, you're gonna put me out of business!' But eventually he changed his mind and gave Peter the money." 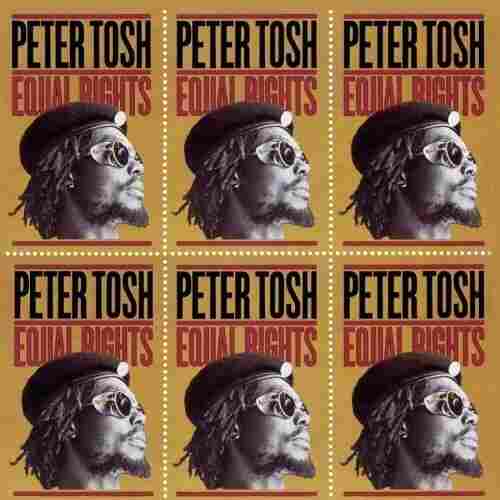 Legalize It was banned on Jamaican radio, so Tosh printed the lyrics in an ad he took out in a Jamaican newspaper. A year later, Tosh released a second album, Equal Rights. Herbie Miller, Tosh's former manager and the director of the Jamaica Music Museum, says Tosh was moved by political unrest in Jamaica and beyond.

"Across the world — in Africa, the Caribbean, North America — minorities were struggling for some sort of humanity and equity and dignity," Miller says. "A lot of Equal Rights was made in response to that, so it was not a record made solely for local consumption. It was quite global."

The most famous song on that album is "Get Up, Stand Up," which Tosh first recorded with the Wailers. Miller says that Tosh had to alter lyrics to that song so the Broadcasting Commission of Jamaica wouldn't ban it. (The reissue includes the unedited version.)

Tosh appears on the cover of Equal Rights in a Che Guevara-style beret and sunglasses. It's all part of a militant persona that has led Steffens to describe Marley as reggae's Martin Luther King and Tosh as its Malcolm X. But Steffens also says this persona was deliberate and calculated.

"He kept those sunglasses on, and I think it was [for] protection," he says. "If he didn't have them on you could see the mischievous twinkle in his eye when he was talking in these deep, censorious tones, and you thought he might get violent in his expressions. But a lot of that was a ruse."

Tosh always claimed there was a plot to assassinate him, and in 1987, he was murdered by gunmen in his own home. Steffens says some of Tosh's musings on life were prophetic of his death.

"The French deconstructionists would have adored Peter Tosh because he made the language reveal itself," says Steffens. "For example, he was killed by an alleged friend. He said very often that you have to look at that word: The first half is 'fry,' to bring heat upon, and [the second is] 'end,' elimination. So ask yourself, 'Who are your friends?' "