Accessibility links
More Roads May Pave The Way To More Traffic Los Angeles plans to cut off its biggest traffic artery for an entire weekend to widen the already enormous Interstate 405. But a new study from the University of Toronto says adding lanes and roads actually makes congestion worse, not better. 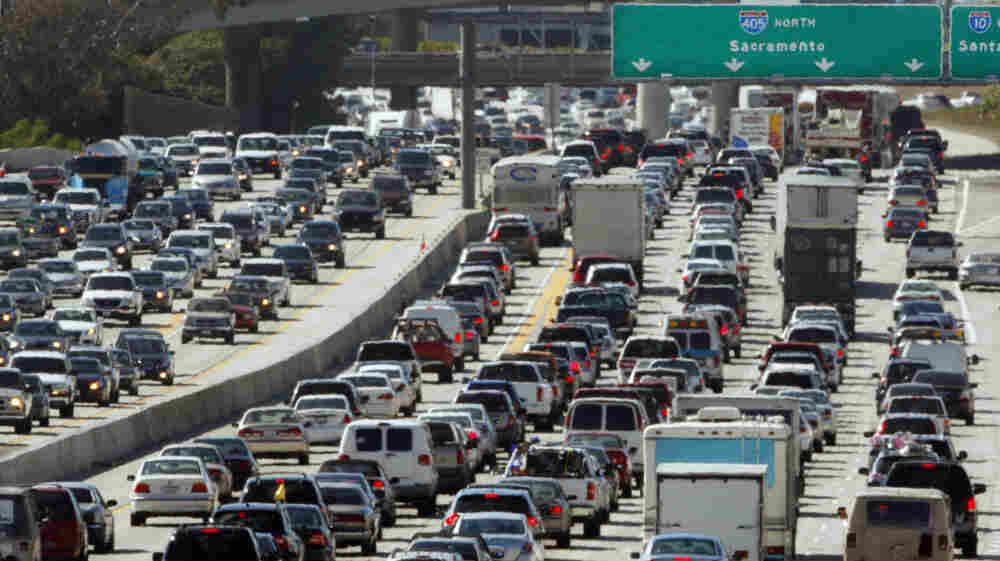 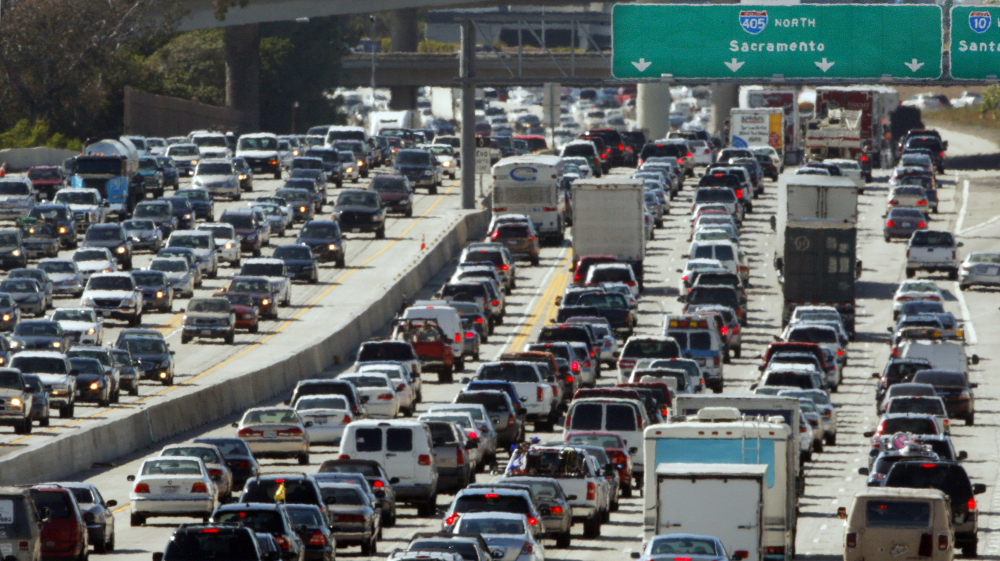 Bumper-to-bumper traffic plagues Interstate 405 near Los Angeles. The freeway will be closed for 53 hours starting Friday for a billion-dollar widening project.

Get ready for "Carmageddon:" Los Angeles will close one of its main freeways, Interstate 405, for 53 hours, starting Friday night and running through Monday morning.

It's part of a billion-dollar widening project that LA hopes will ease chronic traffic jams.

For decades, urban areas across the country have been adding lanes and building roads to fight congestion, but a recent study by University of Toronto researchers finds that widening and building more roads actually creates more traffic.

+1=+1
If you increase the number of highways in a city by 1 percent, it causes driving to also increase by 1 percent.

+1=0
Increasing public transit by 1 percent has no effect on traffic.

"As you increased a city's stock of light rail or bus cars, that there's no impact on the amount of driving," Turner says.

Although that may sound surprising, he says, it's a logically consistent with the study's data on driving. "As you add roads to a city those roads get filled up. There are people waiting to use that capacity. The result on transit is almost exactly the opposite of that."

Ultimately, Turner's research has shown that the only way to deal with congestion is to follow the lead of cities like London, Singapore and Stockholm, which have adopted "congestion pricing" — tolls on people driving in the center city. Turner says Stockholm, specifically, has seen a 50 percent reduction in travel time at peak times because of tolls.

New York Mayor Michael Bloomberg floated such a plan for Manhattan, but it's stalled. And that doesn's surprise Turner.

The economist admits that it's tough for drivers to get used to paying for something that they are used to getting for free. But but he says the extra charges will be worthwhile in the end.

"We have enough experience with these programs now to know that they really work," Turner says. "In response to pretty small fees, you see big reductions in travel time."