Accessibility links
Sanctuary Of Suspense: A Lighthouse On 'The Ridge' In the mountains of eastern Kentucky, a lonely, landlocked lighthouse, a great cat sanctuary, and a women's prison set the scene for Michael Koryta's latest thriller. It's spooky and supernatural, but also grapples with real world questions of love, loss and trust. 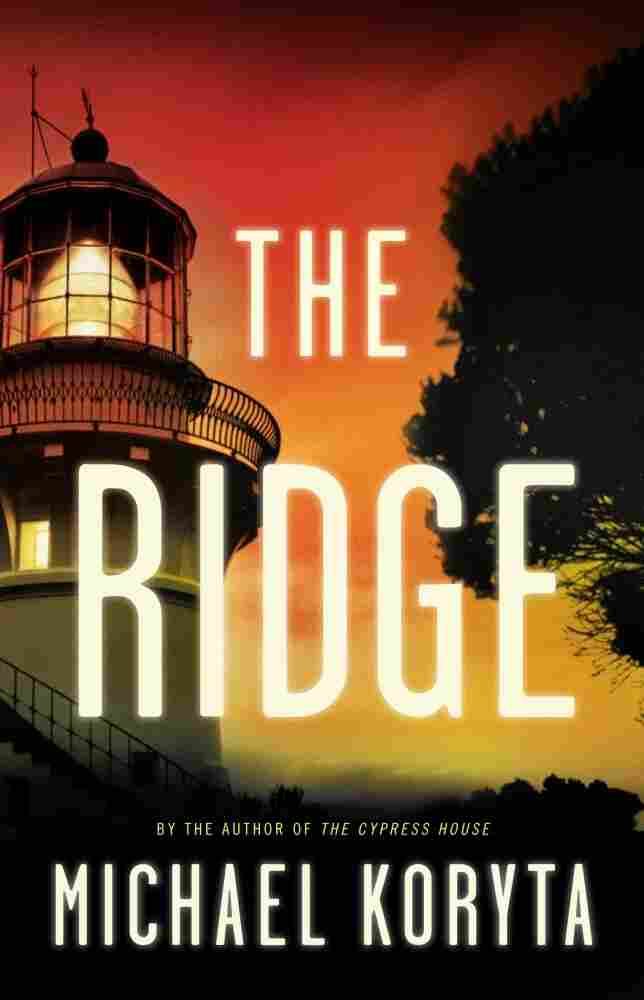 As the summer gets hotter, here's a new suspense novel that's sure to send a few unseasonable shivers down the back of your neck: The Ridge by Michael Koryta takes place in an isolated community in the mountains of eastern Kentucky. It includes among its varied cast of characters 60-some exotic cats — lions, tigers, ocelots, a panther, and even a very rare black cougar.

Without giving too much away, here are a few of the settings in the book: A women's prison that's more than 100 years old. A sanctuary, near "the ridge" for those exotic cats. A played-out newspaper being closed down after many decades. And a lighthouse — situated in the middle of nowhere in landlocked Kentucky.

"I don't know where the [lighthouse] image came from," Koryta tells NPR's Linda Wertheimer. "It just struck me as incredibly intriguing and evocative. I'd worked at a small town newspaper, and I was thinking of all the strange stories that I had seen float through the newsroom in my time there that were dismissed as kind of amusing curiosities. Somehow from that I got to this idea of an eccentric alcoholic who built a lighthouse in the woods."

In addition to being a spooky thriller, the book is about a lot of different kinds of loss and love. Everyone has lost someone. "The book is certainly about grief in various stages," Koryta explains. "I also wanted it to be about love and trust. Can you truly have love without trust?" 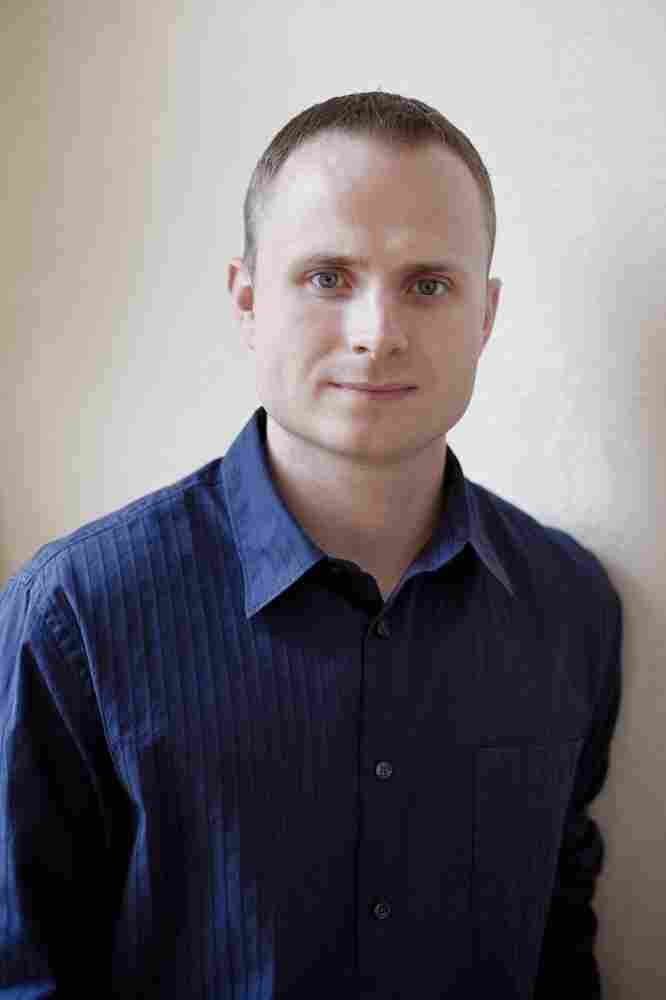 Michael Koryta is a former private investigator and newspaper reporter. He is the author of several novels, including The Cypress House, So Cold the River, and Envy the Night. Wout Jan Balhuizen/ hide caption 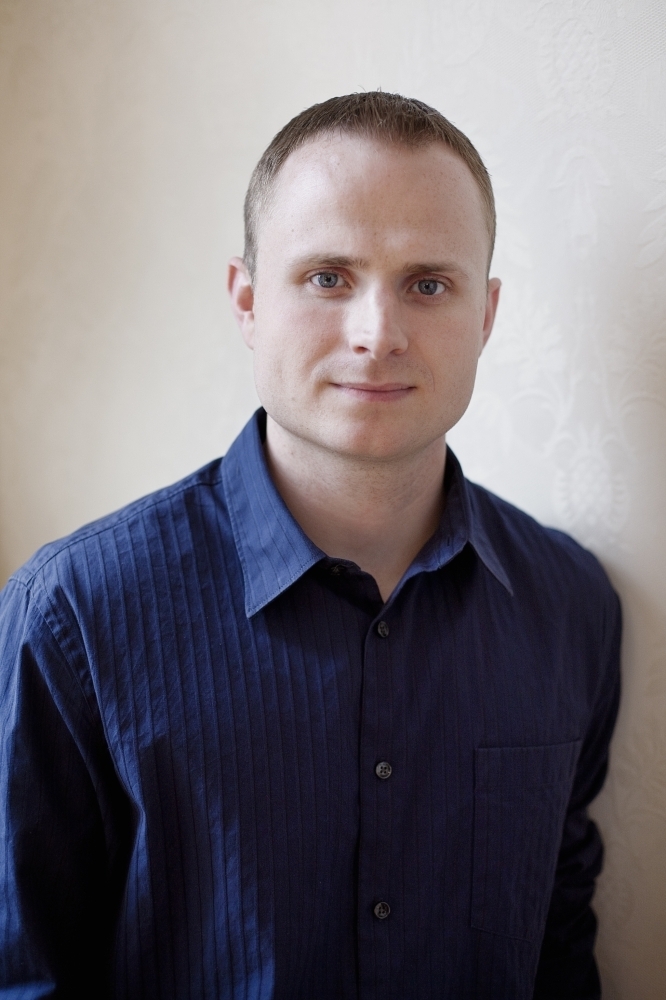 Michael Koryta is a former private investigator and newspaper reporter. He is the author of several novels, including The Cypress House, So Cold the River, and Envy the Night.

A local sheriff is madly in love with a woman who is in prison for shooting him. Audrey Clark, the widow who runs the exotic cat sanctuary, is carrying out the vision of her late husband, who founded the preserve. She loves these big cats just as he did, but does not trust them.

The cats are characters unto themselves — and they sense things the human characters do not. Koryta describes Clark, as she hears the animals roaring in the night.

'What are you doing', she whispered, as if expecting an answer.

Koryta says that one of the challenges of writing spooky plots is "selling the reader on the implausible." In The Cypus House, the main character sees death in the faces of people who are about to die. In So Cold the River, an entrepreneur in the water bottle business finds that his bottles are always cold — and shed light. Koryta himself is a skeptical reader and is always impressed by the skill of writers like Stephen King or Richard Matheson and Ira Levin, who can lure readers into believing:

"The way they pull this off," he says, "[is] by grounding the reader in reality and then adding the surreal to the point that the characters in the world are so familiar that all of the sudden, as strange as the events become, there's a part of you that says: maybe, just maybe, this could happen and maybe it could happen to me. At that point, you've suspended your disbelief and hopefully you're just lost in the world of the story. Ultimately, in my mind, that's what I'm trying to do with my fiction, I'm trying to transport my reader into a different world."

But when you close the book, that different, spooky, scary world stays on the page — and that's key to the genre's current popularity, Koryta believes. No one, he says, wants to sit on the subway, reading a book about a dirty bomb being released on the subway. In hard times, people want trills, but safe thrills — they need a little magic.

"When you read a supernatural suspense story or a ghost story or a horror story, the evil at play is something that you can dismiss." Koryta says. "You can step back, close the book, and feel as if you have gotten all of the great emotional rush of a suspense novel — but that threat is not real."

Blade ridge road lay in the western reaches of the county, a twenty-​minute drive from Whitman, though Roy did it in fifteen as dusk fell over the wooded countryside. It wasn't so much of a road — just a rutted gravel lane that broke away from County Road 200 in the foothills that had once been home to coal-​mining country, making a straight line toward the Marshall River, which marked Sawyer County's western border. County Road 200 bent sharply to the left at this point, but if you missed that curve and continued straight, you'd end up on Blade Ridge, which would deliver you to the realization that you'd made a mistake and then to a sudden wall of trees.

For some people — Roy's parents among them — it was a very bad mistake. The narrow, twisting lane was treacherous, particularly in the winter, particularly in the dark. When Roy's parents died, the county was inspired to replace the original dead-​end sign with two larger ones and add a warning that traffic was for residents only. Not that there were many of them. Just a lighthouse, where once a trailer had stood. And, now, a cat zoo.

Ahead of the spot where the gravel road reached its end, directly across from the fresh fencing and cages that had now been built into the woods to house a rescue center for tigers, cougars, lions, and leopards, there was a track that cut off to the right. This was the driveway to Wyatt French's lighthouse. It came in from the north side at a harsh angle and began to climb immediately. Roy made the turn, loose gravel sliding under the tires, and heard the pitch of the Pilot's engine turn harsh as it strained up the incline. It was like driving through a tunnel because the trees hung so dense and so close to the road. Then it broke to a crest and there were a few gaps that allowed you to see between the mountains and out to the Marshall River and an ancient railroad trestle.

A long fence protected the lighthouse property. The gate was padlocked; Wyatt French didn't care for visitors. Built at the base of the lighthouse was a structure that looked no bigger than a shed. It was there that the old man lived.

"Crazy bastard," Roy muttered, staring at the lighthouse as he parked the Honda in the weeds beside the fence. He hit the horn, three taps.

Nothing. He gave it a minute and laid on the horn again, longer this time, figuring the blaring noise would raise Wyatt's ire and call him forth.

It didn't, though. Roy shut the car off and climbed out into the rain. The fence was there, but fences could be climbed. Wyatt French hadn't added razor wire and guard towers to the property, though they were probably on his list.

There was not a sound except for the rain, but the light was flashing steadily against the gathering dusk.

I'm getting scared of what I could do in the dark.

"Just go knock on the damn door," he muttered to himself, and then he went forward. The fence was simple, six-​foot chain link, and Roy was still in decent shape, cleared it easily. There was only one door. A piece of paper fluttered on it, secured with two large thumbtacks. Roy used the side of his hand to flatten the paper against the wind so he could read the message, hoping it was instructions for FedEx or a note for a neighbor.

Roy took his hand away from the note, and the breeze slid under the paper again, rustling it against the wood. He was afraid now, plain and simple.

For purposes of investigation ...

Kimble was the chief deputy, a man who'd taken a bullet in the back a few years ago and still returned to the job. He was, anyone in the county would probably agree, the man you'd want on a difficult case.

But what was Wyatt's case?

Roy knocked. Nothing. He cupped his hands and shouted Wyatt's name. The rain was streaming down his neck and under his shirt collar to his spine. He tried the knob, then swore when it turned.

Unlocked. Shit. Why couldn't it have been locked? Why were the doors you knew you shouldn't open always the ones that were unlocked?

He pushed the door open and peered into the darkness. The living quarters seemed larger than they should have, but they still weren't much to speak of. There was a small bed in one corner, a desk beside it, some shelves, a kitchen table in the middle of the room. Refrigerator and range and sink. A bathroom blocked off by an old-​fashioned accordion-​style door.

By now he'd given up on getting an answer. He stepped into the room, and in the nickel-​colored light of the rainy afternoon he could see that the walls were lined with maps. Topographic maps of Sawyer County. As he walked farther in, he saw that each map had a different year written on it in bold black marker: 1966, 1958, 1984 ...

Across the room was another door, also closed. This would lead to the lighthouse steps. Maybe this one would be locked. That would be nice.

It wasn't. Opened outward and revealed the base of the spiral stairs that curled up and away. Roy began to climb, one hand on the railing.

There were more steps than he'd have thought. He climbed for a long time, into progressive darkness, and then finally the top showed itself in a gray glare of daylight.

By then Roy didn't need to go any farther. The smell assured him of that — warm, fresh copper tinged the air. 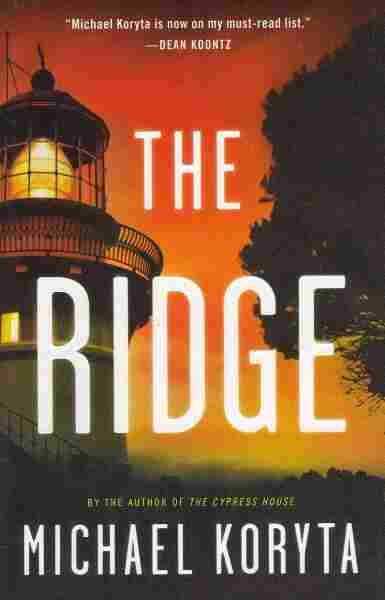