Accessibility links
From Ghana To Brooklyn: Learning From Hip-Hop Rapper and teacher Blitz The Ambassador uses music to fit his two homes, and his two jobs, together. 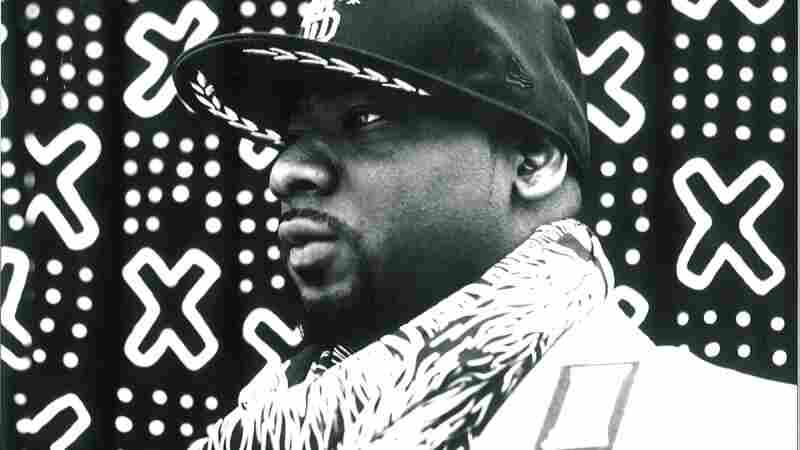 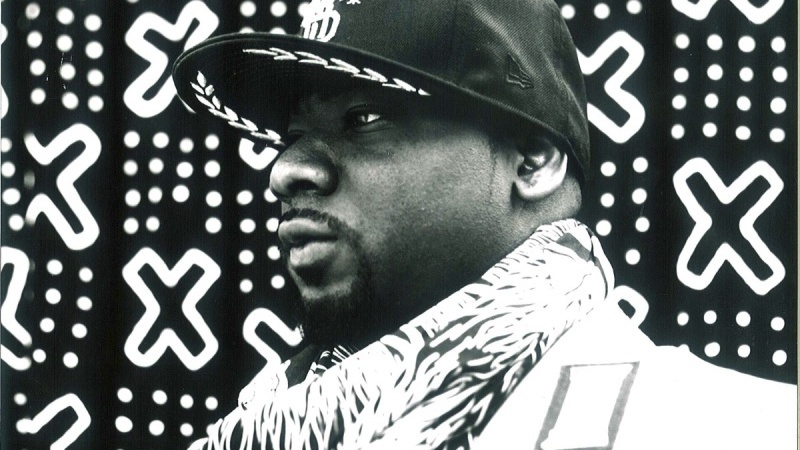 Blitz The Ambassador is a rapper and teacher. He grew up in Africa, moved to Ohio for college and now teaches songwriting at schools in New York City.

He was born Samuel Bazawule, and he turned 10 in 1992. He was living in Accra, the capital of Ghana, and there was only one thing he wanted: tapes of rap music from the U.S.

"It was hip-hop," he says. "You didn't even have to ask. It was almost cultish. We just spent all our time making tapes. So, when people were traveling, they knew not to get anything but hip-hop."

This album is available from iTunes.

Groups like A Tribe Called Quest, De La Soul and the Jungle Brothers were beloved in Accra for talking about Africa in their rhymes — and dressing the part.

"There were these guys wearing Africa medallions and all these dashikis in really cool colors," Bazawule says. "To us it was like, 'Wow, man, they know we exist.' It was just so cool that these cool guys recognized us."

But his all time favorite hip-hop group was Public Enemy. "Public Enemy was the ultimate edge to me," he says. Twenty years later, Chuck D makes an appearance on Blitz's new album Native Sun.

Blitz didn't move to the U.S. just to become a rapper. He came for school. In his family, he says, "like most African families, it's really about education, having those jobs that are pretty standard — the doctor, the lawyer."

Blitz went to Kent State University and graduated with a business degree. But the whole time he was in Ohio, just like in Accra, he was listening to hip-hop, learning from his big three: Rakim, KRS-One and, of course, Chuck D.

"One thing I have to tell people, and it's very important: Rap is something I learned," Blitz says. "I learned every piece of it. I wasn't born here where it's, like, natural, it just seeps into your lifestyle. This is something that was studied."

Now, when he's not recording or touring, Blitz is a substitute teacher who uses hip-hop in the classroom. He says he realized hip-hop could be an educational tool when he was still in school.

"Going through college I really recognized that my ability to retain complex rhymes was a major reason why I could cram and pass my exams," he says. "I'm not saying every kid does it, but I'm just saying people don't recognize what that does for your brain. And so whatever opportunity that I get to be in the classroom with the kids I make sure that they can channel that and they can see the possibility of hip-hop as a means of learning, as a means of explaining their situations and their worlds."

I went with him to a songwriting class in a Bedford-Stuyvesant high school called Brooklyn Community Arts and Media, or BCAM. The class talked about songs they'd written together in the past, some about being immigrants, some about power. And then they got down to the business of coming up with a new song. They decided to write about teen pregnancy.

The class settled in to write their eight bars as Blitz pounded out a beat on a desk in front of the room. He encouraged them, gave up beating on the table when one student offered up a beat she had made to the class, and, after about 20 minutes, acted as hype man for the teenagers.

They went around the room, grabbing the mic and dropping a verse in turn. The kids were a little nervous about performing in front of each other, a reporter they'd never met before and their teacher. But Blitz, born and raised in Africa, looked perfectly at home leading a classroom of Brooklyn teenagers in a cypher.

When Blitz talks, the distance between the 10-year-old version of him — the hip-hop superfan in Ghana — and the grown up Blitz — the rapper who lives in Brooklyn — doesn't seem that big. It wasn't all that long ago that he was the same age as the kids he teaches now. And a lot of them will write songs about trying to fit into a society that isn't sure what to make of them.

"I haven't been home in 10 years, but am I still from there?" Blitz wonders. "I mean, I've lived here this long. How do I reconcile? I go home and I'm a stranger there. And I come here and I'm still never gonna be fully — you know, I wasn't born here so there's still a lot that — it's about taking all these pieces — rather than trying hard to fit in to one society based on the fact that you're there physically, it's about really embracing all this peripheral that you are. And saying, 'All this fits into me,' and, 'How do I reflect all of this?'"

That's exactly what Blitz tries to do in his own music.