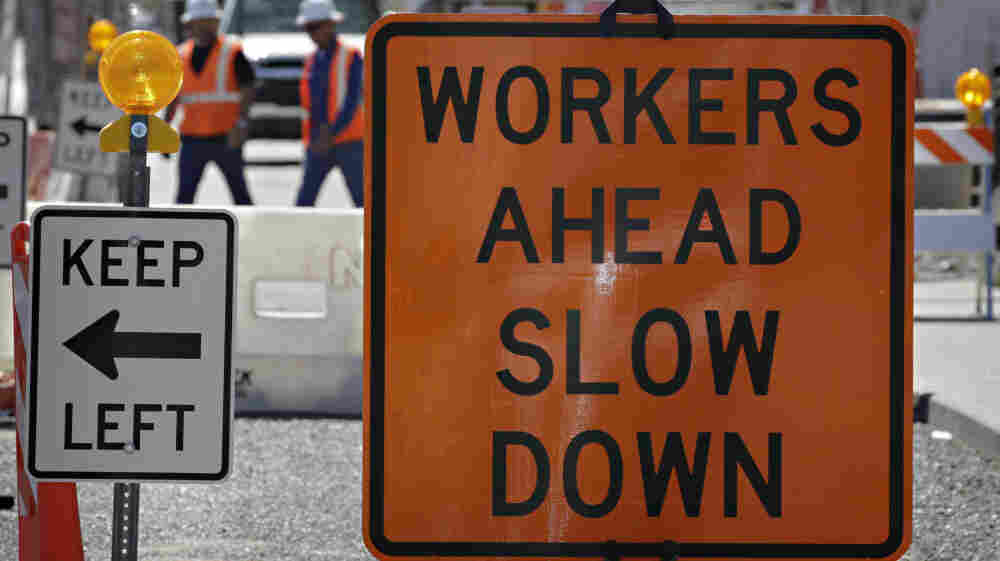 Workers leave a construction site May 20, 2010 in Phoenix. Arizona has chosen not to accept federally subsidized extended benefits and thousands of residents could lose their unemployment benefits. Matt York/AP hide caption 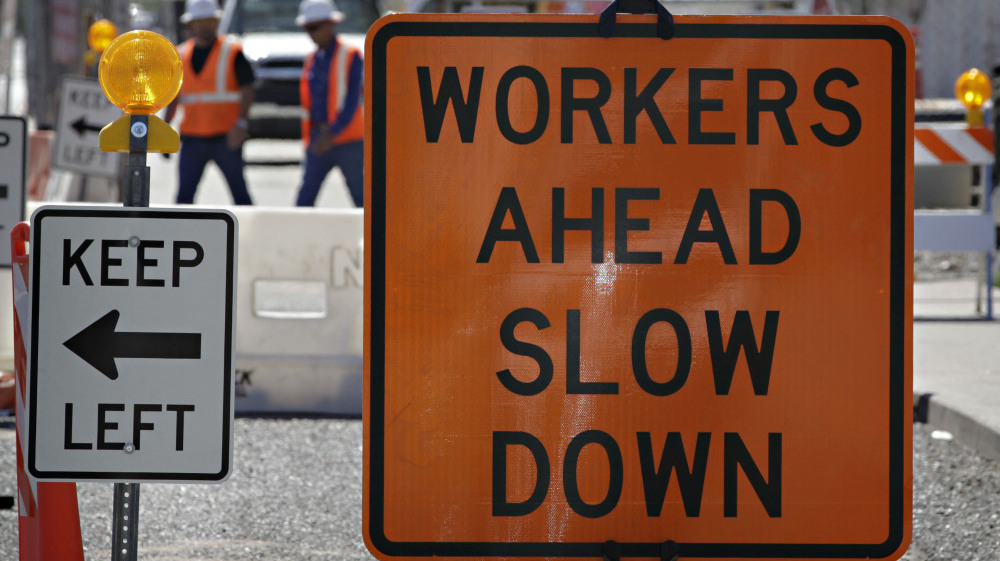 Workers leave a construction site May 20, 2010 in Phoenix. Arizona has chosen not to accept federally subsidized extended benefits and thousands of residents could lose their unemployment benefits.

There are millions of Americans still out of work and many of them are collecting unemployment benefits. New numbers show the economy only created 18,000 jobs nationwide in June and the national unemployment rate ticked up again.

Arizona has chosen not to accept federally subsidized extended benefits, and 20,000 people there have been cut off since mid-June. Many others are about to lose their unemployment benefits.

Since 2009, Lynn Broshears has been unemployed and looking for work. Now, the 67-year-old is bumping up against the 79-week unemployment limit.

Broshears has been a school bus driver, a school bus attendant and a receptionist. She's sent out a couple hundred resumes since losing her job, but hasn't gotten many responses. She currently collects about $150 a week in unemployment benefits and is worried about losing that.

Republican State Rep. Justin Olson says the debate over extending unemployment benefits was an example of the excesses of Washington.

"My heart goes out to these individuals that have found themselves in difficult circumstances because of this recession," he says. "But the reality is after a year and a half, one has to look at their individual circumstances, and evaluate what they're going to do in order to live within their means."

Some Republicans argue extending unemployment benefits discourages people from looking for work. The maximum amount unemployed Arizonans can get is $240 a week, an amount state Senate Democratic Leader David Schapira calls a pittance.

"We have a pretty significant incentive, even for those who are receiving benefits, to go out and look for work, because we don't pay very much for unemployment in Arizona," he says.

Schapira predicts cutting off benefit checks in Arizona will extend the recession a bit longer here.

Dennis Hoffman, a professor of economics at Arizona State University, says unemployment benefits are subsistence checks that recipients use to buy food, gas and other necessities.

"I think it's really quite clear that a few dollars in their pockets would really help individuals, and it might actually facilitate, let's say, their job search, and it might shorten the amount of time they spend on the unemployment rolls," he says.

They think we're a bunch of sluff-offs. We're not.

Lynne Broshears, an Arizona resident who may lose her unemployment benefits

And, Hoffman says, these checks actually stimulate the economy. The governor's office asked him to look at the impact of continuing unemployment benefits and he determined it would bring nearly $200 million of direct and indirect spending to the state.

But, Republicans like State Rep. Olson say reducing government spending on things like unemployment benefits will strengthen the state's economy.

"This is the one issue where as a state Legislature we had input on spending at the federal level," he says. "And we sent that message to Washington, D.C., that we have to put a stop to the spending."

But spending on unemployment is a lifeline for people out of work. Broshears says legislators are playing politics with her life.

"They think we're a bunch of sluff-offs," she says. "We're not. We have to look for a job. It's basically looking for a job is a full-time job itself.

Broshears says she hopes to find a job before her checks stop coming, but acknowledges it doesn't look very promising. She has a lot of competition; there are more than 109,000 Arizonans currently collecting unemployment benefits.