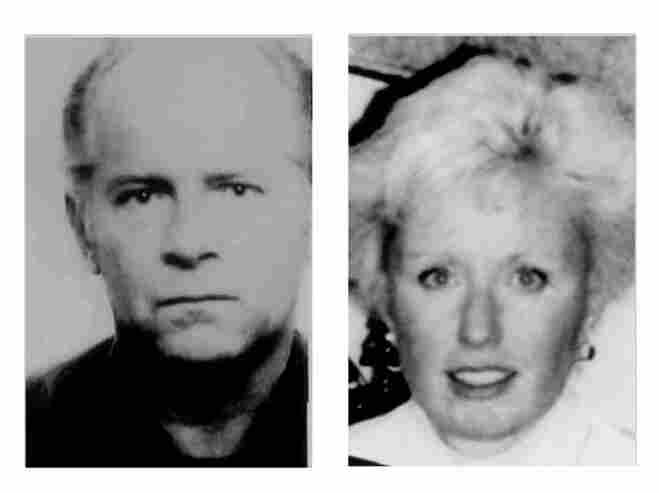 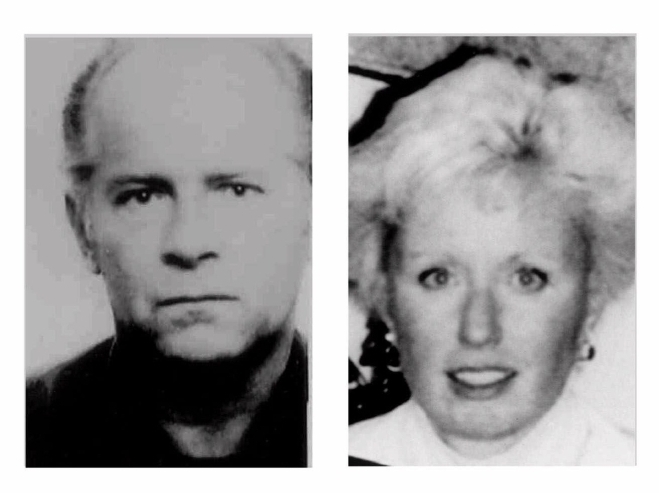 Massachusetts mobster James "Whitey" Bulger (left), and his girlfriend, Catherine Greig (right), are shown in FBI photos taken in the 1980s. They were captured near Los Angeles, authorities said in June.

Catherine Greig was Boston crime boss James "Whitey" Bulger's girlfriend, partner-on-the-run and, ultimately, his undoing. Bulger and Greig evaded the FBI for 16 years. Their luck ran out in June, when FBI agents aired public service announcements targeting Greig. Soon a tip came in that led them to the couple, who were living in Santa Monica, Calif.

Greig is scheduled to appear in court Monday for a detention hearing. Christine Pelisek, a staff reporter at The Daily Beast who profiled Greig, says she was different from how many characterized her.

Greig was a dental hygienist, with a bachelor's of science from Northwestern University. She grew up in Boston.

Bulger has allegedly killed 19 people. He was purportedly involved in the deaths of her ex-husband's family. Pelisek says it's difficult to know why Greig stayed with him.

"We'd have to talk to some psychologists about that to figure that one out," she says.

The FBI found Bulger by finding Greig, and they found her through her interest in self-improvement: plastic surgery, dental hygiene, having her hair done.

"Apparently before she went on the lam, she had a bit of plastic surgery done, and the FBI was thinking that over the years, she probably would need a touch-up," Pelisek says.

So the FBI put an ad in a plastic surgery newsletter with Greig's face, asking if anyone have worked on her. That produced no ledes.

She says ultimately they found Greig by relying on women who tended to be retired and went to beauty salons, similar to Greig.

"They're saying that somebody from overseas recognized [Greig] and called in, but I don't believe that. I think it was somebody in the neighborhood or at a restaurant or the store that she went to. It had to be somebody who knew where she lived," Pelisek says.

She says FBI hasn't reported how long the couple had been in Santa Monica, "because they're probably embarrassed."

One woman in the couple's apartment complex told Pelisek they were living there when she moved in 15 years ago.

Bulger and Greig use to walk along the beach in the Boston area.

"When it comes down to it, it's not so surprising that they ended up in Santa Monica because their apartment was three blocks away from the beaches," Pelisek says, "so he picked a perfect spot."