Accessibility links
An Affliction Of The Cornea Gets A Closer Look Keratoconus, which afflicts an estimated one in 2,000 teens and young adults, causes the surface of the eye to gradually thin and bulge outward into a cone shape. The result: badly blurred vision. Now, surgeons are refining treatments like the corneal transplant and exploring newer, less-invasive ways to treat the disease. 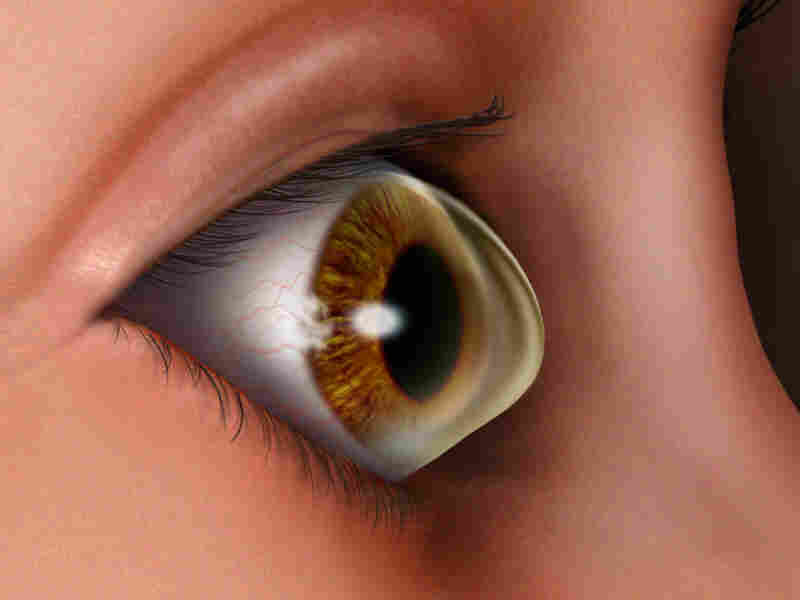 Keratoconus is an eye condition in which the normally round cornea thins, causing a cone-like bulge to develop. Courtesy of JirehDesign.com hide caption 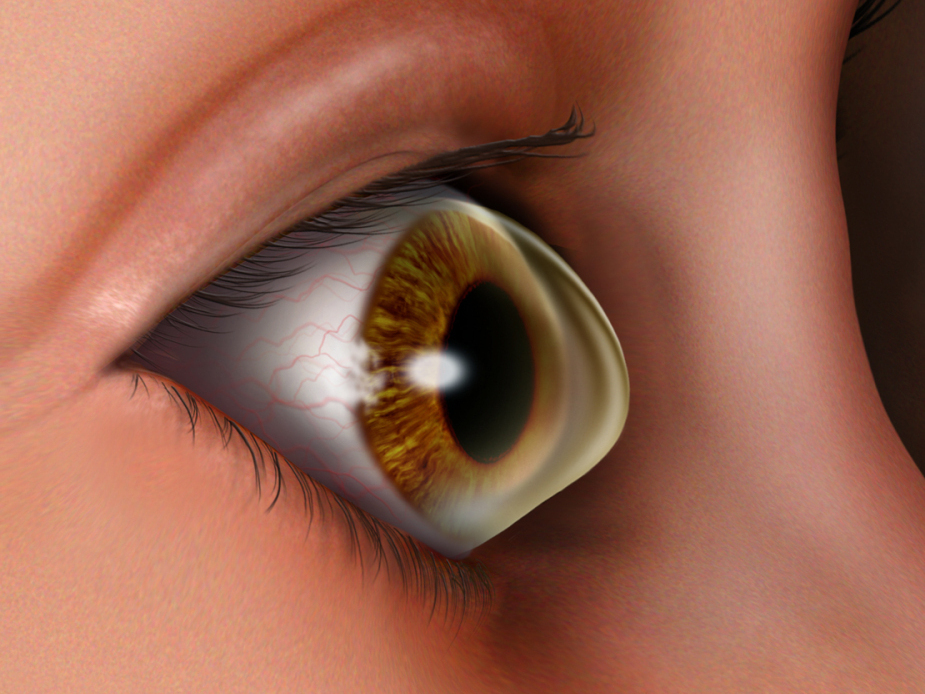 Keratoconus is an eye condition in which the normally round cornea thins, causing a cone-like bulge to develop.

Kaley Jones didn't know what hit her. She was just 17, sitting in her history class, when she realized she suddenly couldn't read what was written on the white board. Nor could she make out the faces of her classmates.

"It was really scary," she says, "It was kind of like looking through plastic wrap. I could see color, but no real detail." Jones later learned she had suffered a rupture of the inner layer of her cornea, a complication of an eye disorder known as keratoconus.

Keratoconus, which afflicts an estimated one in 2,000 teens and young adults, causes the cornea — the clear, dome-shaped surface of the eye — to gradually thin and bulge outward into a cone shape. The distorted shape means light entering the eye is not properly focused, and the result can be badly blurred vision. Now, surgeons are refining treatments like the corneal transplant and are exploring newer, less-invasive ways to treat the disease.

'Like Trying To Put A Plate On A Peak'

Doctors aren't sure what causes the condition, though they suspect an inherited, underlying collagen defect. Hormones might play a role, too, they say, since the first symptoms often show up in mid-adolescence

In the mildest cases, glasses can help, but the condition can be progressive; Jones' case was already advanced when diagnosed, so she needed corneal transplants. Eye researchers say if the problem is caught earlier, rigid contact lenses can often reshape the cornea, and new, still experimental treatments may be able to stop the progression completely. 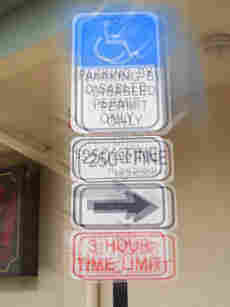 A simulation of what street signs look like to someone with keratoconus. Courtesy of National Keratoconus Foundation hide caption

Jones says she and her doctors first tried rigid lenses, to no avail. "We went through 20, 30, 40 pairs of contacts, trail after trial," she says. "But because my corneas were so cone shaped, it was kind of like trying to put a plate on a peak. They just kind of wobbled, and didn't fit."

Meanwhile, her eyesight worsened and she was declared legally blind in her left eye — scarring in the ruptured cornea had further clouded her vision.

Jones' doctor referred her to a specialist, Anthony J. Aldave, a corneal transplant surgeon at University of California, Los Angeles' Jules Stein Eye Institute. Just seven months after her initial diagnosis, Jones received a cornea transplant, and eventually got one in the other eye, too.

The improvement in her vision was immediate.

"I could see shapes, detail, faces; it was insane, just incredible," Jones says. While a corneal transplant does not guarantee 20/20 vision, Aldave says 95 percent of his patients experience significant improvement. Today, with new corneas and contact lenses, Jones can easily read, drive and see detail well enough to pursue her new passion: photography.

Someone else's tragedy resulted in an "amazing gift to me," says Jones. "I will definitely be an organ donor. Definitely. It was not even something I ever thought about. But now, I know what it means."

For information on kerotoconus, visit the National Kerotoconus Foundation's website.

Aldave says typically, one in five patients with keratoconus could benefit from corneal transplant, which has relatively few risks beyond those of any surgery. The rejection rate is far lower than for these other organs, Aldave says. One hitch: The average donor cornea only lasts 20 to 30 years. Jones is just 24 years old.

"In Kaley's case, my hope is that she can get at least 30 years out of each of these corneas," Aldave says. "And, with newer techniques, I may be able to just replace the inside layer of her cornea after that."

Still, it's always best to avoid surgery if you can. A number of leading eye centers in the United States are now studying a less-invasive treatment that earlier results from Europe suggest could help patients with mild or moderate keratoconus.

The treatment combines eye drops containing a version of the vitamin riboflavin with ultraviolet light treatments. The "collagen cross-linking" procedure triggers a chemical reaction in the cornea that seems to stop the disease from progressing.

"The interaction between the UV light and the vitamin ... causes the collagen fibers in the cornea to stick to each other," says Yaron Rabinowitz, who directs eye research at Cedars Sinai Medical Center in Los Angeles. The process stiffens the cornea, he says, and stops the disease.

Corneal cross-linking is now being performed widely in Europe, but is still restricted to clinical trials in the United States, pending broader Food and Drug Association approval.

But, how do you know if you have keratoconus? Experts suggest that if you're a teen or 20-something whose vision is changing so quickly that you find you need to switch the prescription of your glasses or contacts every few months, check with your doctor. You may need to have the shape of your eyes examined.