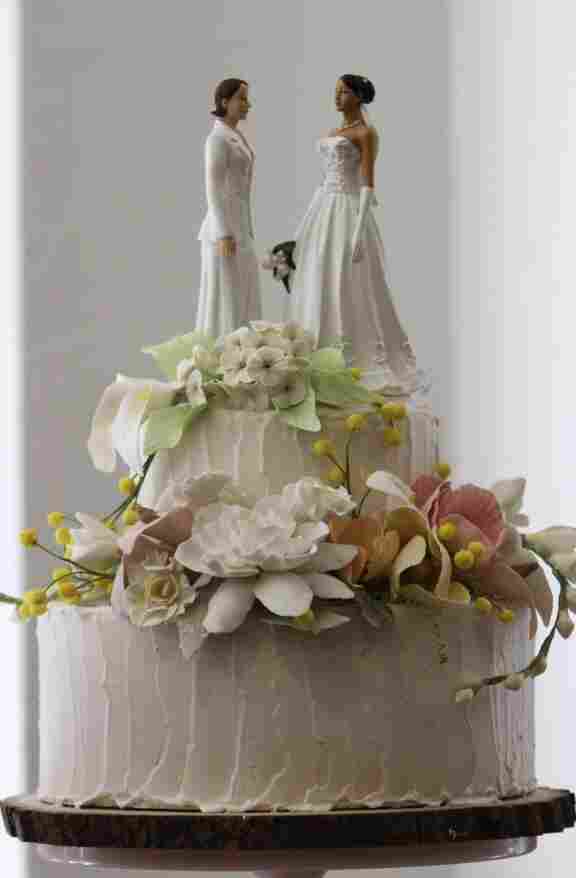 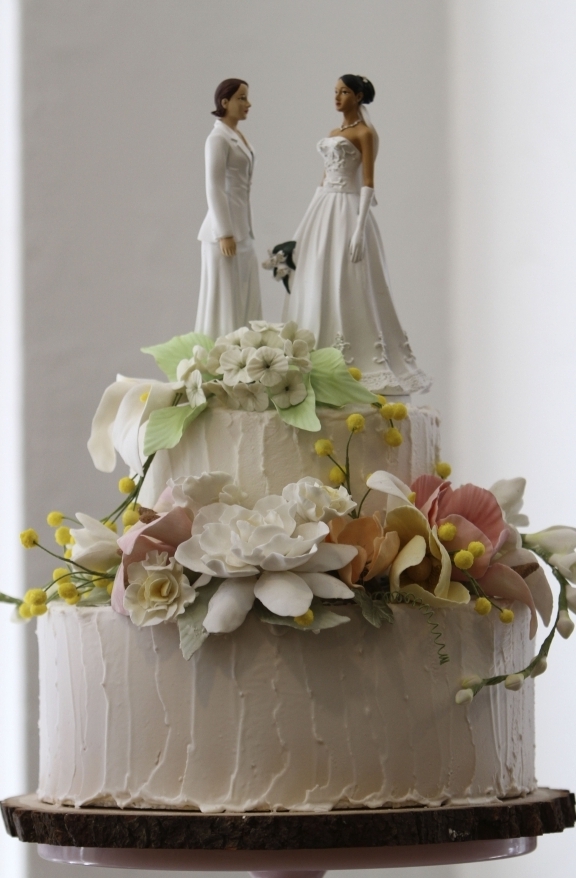 In Boston, experience suggests that pent-up demand for marriage among gays and lesbians will drive a wedding windfall, but it's usually short-lived.

"When marriage is new in a state, there's a surge at the beginning, but then after about a year, that rate starts to slow down. So you see patterns in which same-sex couples are marrying at roughly the same rate as different-sex couples," UCLA demographer Gary Gates says.

He estimates that in Massachusetts, the first state to legalize gay marriage, about 65 percent of same-sex couples have tied the knot. That's still well below the 90 percent of married, straight couples. Gates says that gap may eventually shrink.

"We don't know yet whether it will ultimately reach exactly similar proportions, but for same-sex couples, the trend line is clearly pointed up," he says.

Lesbian couples, who are twice as likely to get married as gay men, are helping drive the trend.

Gates says lesbian couples tend to be quicker to get into relationships, and quicker to get out — especially when they're young. Older folks, he says, are much less likely to officially tie the knot.

Leslie Cohen, 65, and her partner Beth Suskin, 63, were the models for a gay liberation statue built three decades ago in New York City.

They are literally symbols of the movement. They've been together for 35 years and are definitely committed.

"I love her! I don't know what else to do but marry her," Cohen says.

But, Cohen and Suskin are also products of the 1960s, and always believed marriage was just a piece of paper they didn't need. Now, after spending decades on the outskirts of societal norms, they say it's hard to suddenly go conventional.

"You live on the outside. And many of us unconsciously don't want to totally give that up. I like it," Cohen says. "Now, with marriage, you're just like everyone else. So there is a resistance to it."

Cohen and Suskin also worry that financially, marriage may actually hurt them more than it helps. Their marriage wouldn't be recognized in Florida, where they're retired, or by the federal government. Indeed, many couples around the nation who want to marry are holding out for full recognition.

Joyce Kaufman, a Massachusetts attorney, has been with her partner for eight years. She doesn't want to marry until the Federal Defense of Marriage Act, which defines marriage as a legal union between a man and a woman, is repealed.

"Until it's the whole loaf, I'm not buying into it," she says.

But, some believe same-sex marriages will never have the same privileges granted to straight couples. Many gay and lesbian families don't fit into a narrow definition of marriage.

Columbia Law professor Katherine Franke says in many cases, there are more than two parents in the picture.

"Sometimes, it's a sperm donor, but it can also be just another important person. So, lesbian and gay people have formed very complex families, and need more flexible norms," she says.

Franke says her phone has been ringing off the hook with friends and family who want to know if she and her longtime partner have planned to wed, but she says they won't.