Accessibility links
What The 'New Normal' Means For Americans What exactly does it mean to be living in an economy with 2 percent growth instead of 3 percent growth? We can look forward to an even higher unemployment rate, smaller incomes and increasing government budget issues.

Listen
What The 'New Normal' Means For Americans 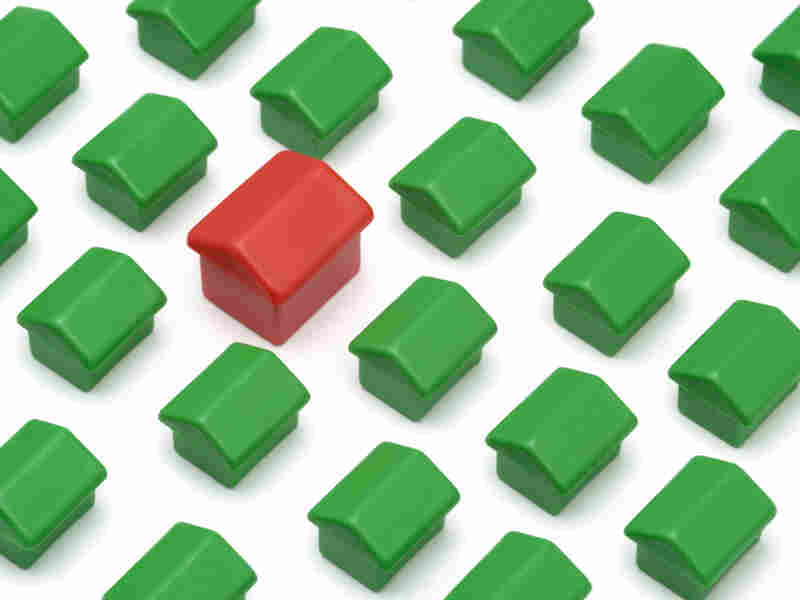 Experts estimate that in a 2 percent growth economy, the average household income would increase $17,000 less over a decade than it would in a world of 3 percent growth. iStockphoto.com hide caption

The sluggish U.S. economy disappointed most forecasters, not to mention job seekers, in the first half of this year.

It grew at an annual rate of just under 2 percent, which is below the average for the last half-century when the U.S. economy grew about 3 percent each year.

And although it may not seem like much, that 1 percentage point makes a big difference — influential analysts are saying we're in for a "new normal."

The "new normal" is a term coined by the brain trust at the giant bond fund PIMCO. Anthony Crescenzi, a PIMCO vice president, strategist and portofolio manager, is part of that brain trust.

"The difference between 2 percent growth and 3 percent growth is of major importance and has major implications for the entire economy, for financial markets, for the budget," he says.

And the heart of the problem is job creation. Crescenzi and his colleagues argue that the U.S. economy could actually grow 2 percent a year without adding any new jobs. That's because the productivity of current workers is rising at about 2 percent a year.

"In other words a company can produce 2 percent more goods and/or services a year even if it doesn't increase the number of people it employs," he says.

Mark Zandi, chief economist at Moody's Analytics, thinks some new jobs would be added in an economy growing 2 percent a year, but far fewer than one growing 3 percent.

"That would not be enough to absorb the increase in the labor force each year and therefore the unemployment rate would rise," Zandi says.

Zandi estimates it would rise a quarter of a percent each year and in less than five years be back in double digits. In 10 years the unemployment rate would be close to 12 percent. Of course, that means many of the workers sidelined during the recent recession would remain out of work.

Incomes would also be affected. Zandi estimates that in a 2 percent world the average household income would increase $17,000 less over a decade than it would in a world of 3 percent growth.

For a family that's car shopping, that's the difference between the price of a Hyundai compact and a Lexus sports sedan.

And PIMCO's Crescenzi says U.S. auto sales — more than 16 million vehicles a year before the financial crisis — have declined substantially in a 2 percent world.

"These days, the sales rate, because of high unemployment plus the lack of credit availability, car sales are running at a 12 to 13 million annualized rate. That's a new normal," he says.

They also purchase fewer goods and services, meaning less sales tax revenue for state and local governments. Crescenzi says if the economy continues to grow at a 2 percent annual rate, U.S. budget deficits would hover where they are right now at about 10 percent of GDP, a dangerous and unsustainable level and twice what they'd be if the economy were growing 3 percent a year.

Zandi also cautions that, with 2 percent growth, the U.S. could easily be pushed back into recession by events, like an oil price spike or Europe's debt crisis. He also says even 3 percent growth isn't enough cushion.

"We really need to see growth that is closer to the 4 percent range for a couple of years," he says. "Get the unemployment rate down and then the risks of falling into recession would be a lot lower."

Zandi is actually predicting growth close to 4 percent in the next year and in the year after. He cautions against too much pessimism about the future.

"We've been through things like this in our history and we've always overcome them," he says. "So I would counsel against expecting the world to look — five to 10 years from now — the way it looks today. I think our prospects are much brighter than that."

But the PIMCO brain trust believes the "new normal" could easily last for five more years.