Accessibility links
Paul Farmer Examines Haiti 'After The Earthquake' The physician and anthropologist has spent 30 years treating patients in Haiti. In Haiti After The Earthquake, he details what it was like on the ground in the days after the 2010 quake — and why the country is still struggling to recover. 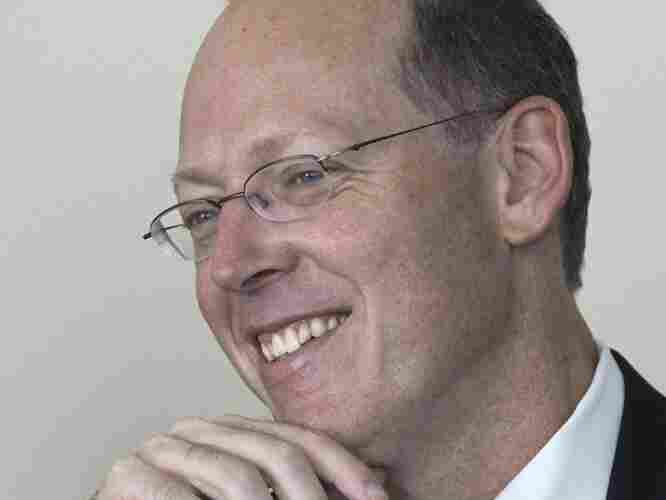 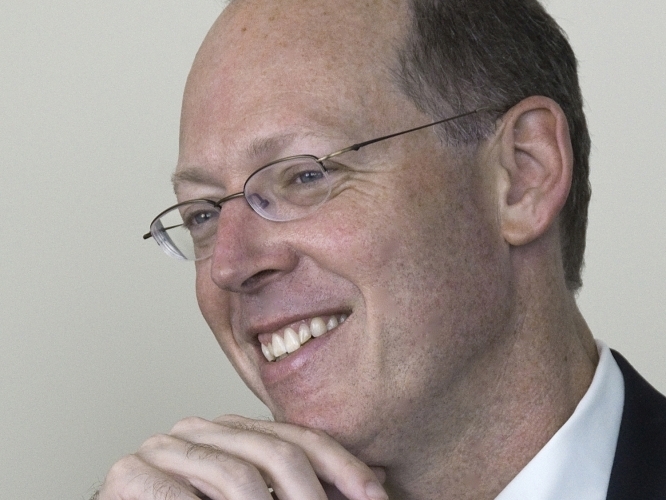 On Jan. 12, 2010, a massive earthquake struck Haiti, killing more than 200,000 people and causing widespread destruction. After the quake, 1.5 million people were left homeless. Today, as many as 800,000 people are still living in makeshift encampments, where security is lax and waterborne diseases like cholera have proliferated.

"It [was the] first big recrudescence of cholera in the Americas since the end of an epidemic that really swept through Peru and ended in 1993," says Dr. Paul Farmer. "If any country was a mine-shaft canary for the reintroduction of cholera, it was Haiti — and we knew it. And in retrospect, more should have been done to prepare for cholera ... which can spread like wildfire in Haiti. ... This was a big rebuke to all of us working in public health and health care in Haiti."

Farmer, a physician and anthropologist, is the founding director of Partners in Health, which provides medical services to the poor in many countries, including Haiti. He returned to Haiti on Jan. 15, 2010, along with a cadre of volunteers, to help with the recovery and relief efforts. In his new book Haiti After The Earthquake, Farmer details what it was like on the ground in the days after the earthquake — and why the country is still struggling to recover.

"One of the things we have to acknowledge is that if you look at Haiti, many billions of dollars have gone into development aid there that have not been effective," he tells Fresh Air's Dave Davies. "Some people talk about Haiti as being the graveyard of development projects. Our own experience has been very positive working in Haiti — building health facilities and working with the public sector and creating jobs — but [we are now thinking about] how we can now make these other, more ambitious projects also effective on the implementation front."

Paul Farmer is a University Professor of Harvard University and the chairman of Harvard Medical School's Department of Global Health and Social Medicine. He lives in Rwanda with his family. He is also the United Nations Deputy Special Envoy in Haiti, where he works to improve the social and economic conditions of the country.

Excerpt: Haiti After The Earthquake 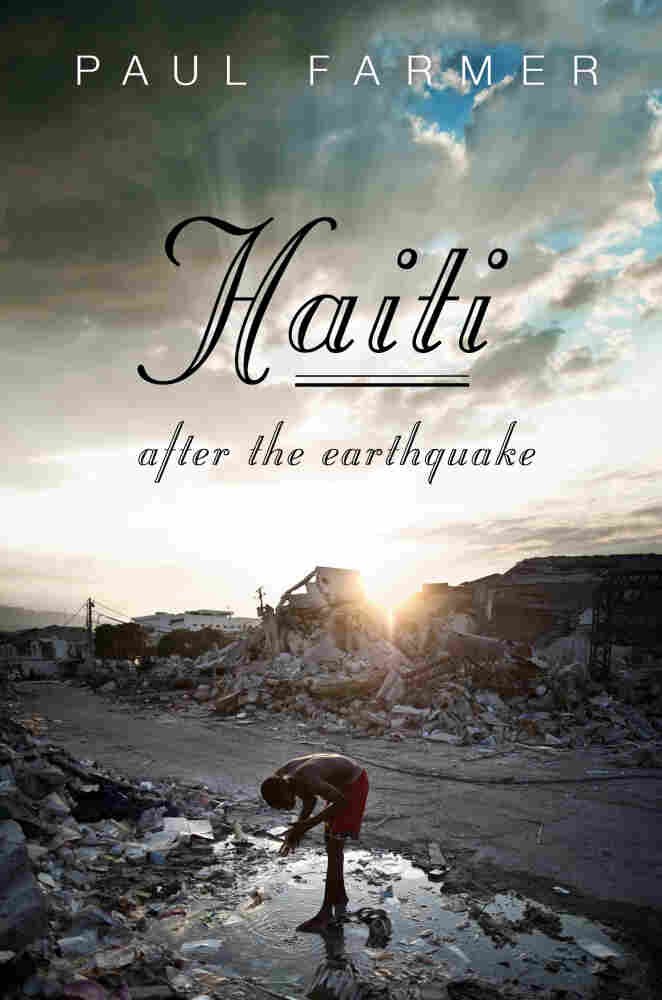 On January 13, the day after an earthquake struck Haiti's capital, I finally got through to Dr. Alix Lassegue, the medical director of Port-au-Prince's largest hospital and a longtime friend. The hospital's real name is l'Hopital de l'Universite d'Etat d'Haïti, but most people call it the General Hospital. I began trying to reach Lassegue a couple of hours after the quake. His cell phone number, like all the other numbers I tried, led to a recorded message or an ominous buzz. From what we knew at the time, the hospital was smack in the middle of the quake zone. The facility sat among a dozen government buildings, including the medical and nursing schools, and we could see from live reports that most of those buildings had collapsed — during business and school hours. It was clear that our work as health providers in Haiti would be changed forever.

So now what? It was hard to know how to prioritize anxieties, and as a doctor, I thought immediately of the General Hospital. It wasn't hard to imagine the enormity of need in this struggling public facility which had, in the best of times, too many patients, too few staff, and far too few resources. After dozens of tries, it was almost a shock when I connected to Lassegue on a colleague's cell phone.

Lassegue would hear this question again and again over the next weeks and months, usually with scant practical outcome, but this was early in the game — less than twenty-four hours after the quake.

Of course he needed just about everything, including electricity, supplies, salaries, and medications; the hospital had been scrambling for all these even before the quake. He gave me a long and fairly specific list. He needed materials and labor to repair the damaged parts of the hospital, and engineers able to assess the structural integrity of the buildings still standing. He needed help trying to save the lives of those still trapped under collapsed buildings abutting the hospital grounds, including not only the nursing school next door — "a total loss, I fear, and all in it" — and nearby federal buildings, but also houses, businesses, and schools. "It's much worse than we thought," Lassegue said. "Just managing proper disposal of the bodies is overwhelming us." He needed help moving casualties out of the courtyards and into the morgue but couldn't do that because the power was down. ("Why move bodies into the morgue," he asked, "without means of preserving them?") I didn't say much during the call because I'd never contemplated such problems.

Lassegue kept talking. "What I need most," he concluded, "are surgical teams — surgeons and anesthesiologists and nurses and postop care and medications. And generators." It was a relief to hear these specific requests, because they were needs we could address. I promised to get the word out and to join him as soon as I could, but our connection was lost and I'm not sure he heard the last bit.

I'd been to the General Hospital many times over the previous twenty-five years, usually with a heavy heart. When we at Zanmi Lasante sent our patients to Port-au-Prince, it was never good. They needed something we couldn't provide in central Haiti — usually a diagnostic test or procedure. Often, these patients had already been to the General Hospital or to some other facility in the city. They were almost always people who needed medical care but had been effectively shut out from receiving it because they were poor and couldn't pay the fees most clinics and hospitals demanded for consultations, lab tests, and medications. "Free care" was never free because even the most basic services had hidden costs. The General Hospital was surrounded by scores of small for-profit private pharmacies and labs that counted on referrals and income for the sale of everything from surgical gloves, sold by the pair, to the most basic medicines and lab tests.

The dire need of Haiti's destitute sick for even basic medical services was the reason we'd founded Partners In Health and Zanmi Lasante a quarter century ago. These organizations had grown significantly in the decade before the quake: our Haitian colleagues — numbering in the thousands — ran a dozen public hospitals stretching from the Dominican border to the coast at Saint-Marc. For many poor Haitians, these hospitals had become a last line of defense, and we tried never to refer patients to other facilities unless absolutely necessary. When we had no choice but to refer them, we would try to send patients along with any medicines or supplies they might need—from antibiotics to intravenous solutions to gloves for their examining physicians—as well as some cash. We also sent a doctor or nurse to accompany them, because in our experience, too many patients sent elsewhere were simply, in medical jargon, "lost to follow-up." In the United States, the expression "lost to follow-up" means that a patient in question cannot be reached for the continuation of care. But in the case of Haitian public hospitals, without reliable partners to help with resources ranging from staff to medication to electricity, patients were sometimes lost to follow-up within the facilities themselves. In years past, I'd visited patients in the General Hospital who'd been occupying a bed for days and hadn't yet seen a qualified physician. I'd also seen patients who'd gone without a proper meal in days. (Their families were expected to bring food.)

I do not mean to disparage the General Hospital. As the years went by, we had more and more sympathy for the country's largest public hospital and for those running it. For the most part, these Haitian health professionals were doing their best but could not function without proper salaries and without the tools of our trade. Some senior doctors there were as talented as any I'd met in hospitals at Harvard and other parts of the world. And many had showed up within hours of the quake. Indeed, one of the constants in the days after the earthquake was the presence of Dr. Lassegue and the chief of nursing, Marlaine Thompson.

But the entire Haitian health system was underfunded, and its flagship hospital was in sorry shape. The shortcomings of the hospital could be readily traced to a lack of funding and the imposition of a fee-for-service model in a country where the majority of people, and certainly those most at risk for illness and injury, didn't have money. Although a key function of a university hospital is to train health care professionals, the lack of resources to run the hospital or pay workers made it a difficult training environment. Before the quake, the General Hospital was rocked by strikes and work stoppages; key supplies were often out of stock. Some friends of the hospital had taken small steps to help colleagues there provide better services, including supplying meals to inpatients — especially to those admitted with some complication of malnutrition.

Excerpted from Haiti After the Earthquake by Paul Farmer. Copyright 2011. Reprinted by arrangement with PublicAffairs, a member of the Perseus Books Group.