Accessibility links
Death Of Karzai's Brother Creates Afghan Power Gap Though portrayed by some as a corrupt drug lord, Ahmed Wali Karzai was credited by many with helping bring stability to the nation's volatile south, the former Taliban stronghold. He was killed at his home in Kandahar Tuesday. 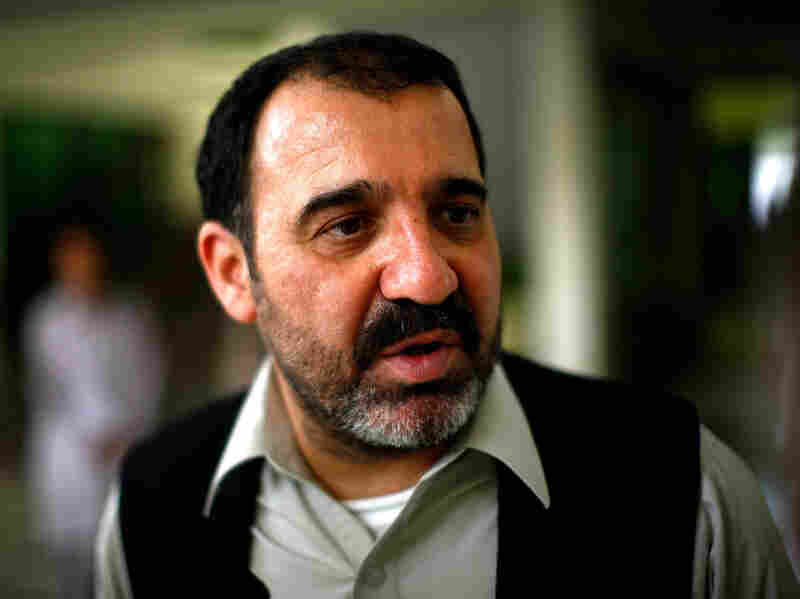 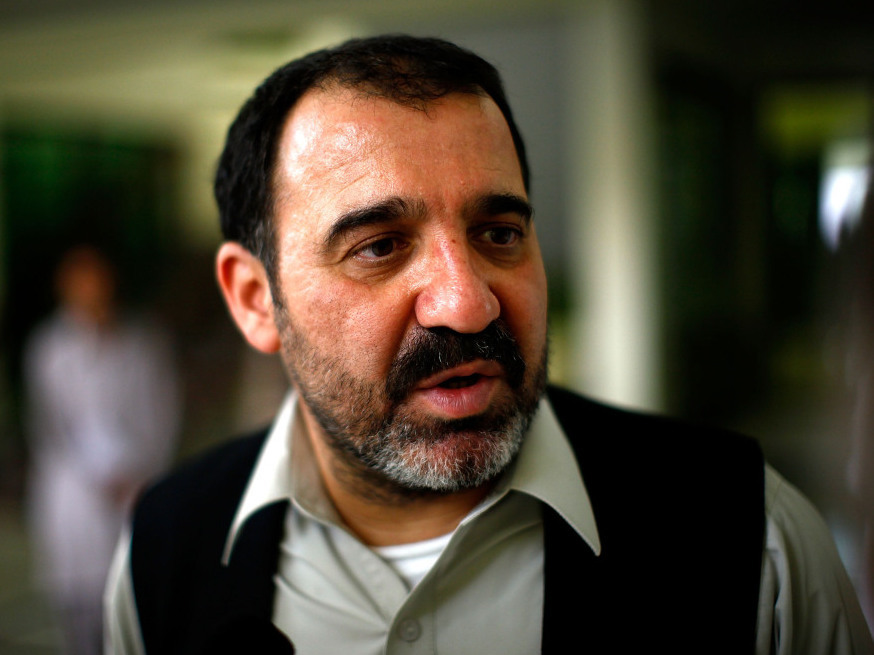 The assassination of Afghan President Hamid Karzai's influential brother leaves a power vacuum in the country's south just as stability seemed to be returning in the region that once served as the Taliban capital, Afghanistan observers say.

Ahmed Wali Karzai — a onetime Chicago restaurateur who returned to Afghanistan after the 2001 fall of the Taliban — was killed Tuesday at his home in Kandahar. Some reports suggested the assassin may have been one of Ahmed Wali's own bodyguards. He had narrowly escaped earlier attempts on his life.

Although he was portrayed by some as a corrupt drug lord who may have been on the CIA payroll, hard evidence eluded his critics. Others have credited him with bringing a modicum of stability to a region that was plagued by violence for years after the U.S. invasion toppled the Taliban.

"He was a caricature of Afghan politics," said Michael O'Hanlon, director of research and a senior fellow at the Brookings Institution. "He was the good and the bad of the way the system works."

Ronald E. Neumann, a former ambassador to Afghanistan during President George W. Bush's administration, said the perception that Ahmed Wali was corrupt and in the thick of the drug trade in southern Afghanistan was one that bothered President Karzai, who strongly defended his brother to Western diplomats.

Neumann recalled one conversation with President Karzai, Neumann's British counterpart and the station chiefs of the CIA and British intelligence. President Karzai asked whether they could show any hard evidence of his brother's involvement in narcotics trafficking, and the collective answer was "no."

"In my time, which ended in 2007, the answer was always no. A lot of people in Afghanistan believed that Ahmed Wali was involved in the drug trade, but I did not hold any hard evidence confirming that," said Neumann, who is now the president of the American Academy of Diplomacy.

He is circumspect about allegations that Ahmed Wali was a CIA agent.

"I do not know whether he had 'links' in the way people say," Neumann said. "I know he had some properties that were rented, at one point, to the CIA. They paid him as a landlord. Whether they had any other ties to him, I don't know."

But Thomas Gouttierre, director of the University of Nebraska's Center for Afghanistan Studies, believes that the fact that the stories of links to the drug trade and the CIA keep coming up "would suggest that there's some kind of evidence." But he agreed there's no proof.

Ahmed Wali Karzai's biography is sketchy. He was born in the southern Afghan city of Karz in 1961. During the years of Taliban rule, he lived as an exile, running an Afghan restaurant in the Lakeview area of Chicago.

On his return to Afghanistan, he became an influential member of the loya jirgas, traditional councils set up to reshape the post-Taliban nation. In 2005, he was elected chairman of the Kandahar Provincial Council. Soon after, the allegations began to surface.

"I am not a drug dealer, I never was and I never will be. I am a victim of vicious politics," Ahmed Wali Karzai told The New York Times in 2008. He also denied ever taking money from the CIA, but did tell the Times, "I help, definitely. I help other Americans whenever I can. This is my duty as an Afghan."

The Taliban claimed responsibility for Ahmed Wali's assassination, but Neumann, the former ambassador, is skeptical.

This sounds much more like some grudge or personal issue than it does insurgency to me.

"I am not at all convinced that this was a Taliban hit," he said, adding that the assassin has been in the inner circle for a decade. "This sounds much more like some grudge or personal issue than it does insurgency to me."

Ahmed Wali was noted for his skill in balancing tribal conflicts in the south, but it brought accusations of favoritism of certain tribes (including his family's Popalzai tribe) over others.

And then there were the accusations of corruption — or at least something akin to American-style pork barrel politics.

"I think many people thought that Ahmad Wali was corrupt in some way, but others said he was using the resources at hand to help become the most influential person in that area and to try to bring the southern region within the sphere of the central government," Gouttierre said.

Those resources resulted in "a lot of zero-sum economics," with winners and losers, said Neumann. Some tribes, he said, "were very aggressive in trying to pull all resources to themselves and as a result they alienated a lot of people."

Whatever his faults and despite the chaos created by his death, Gouttierre argues that Ahmed Wali brought a degree of stability to southern Afghanistan that was badly needed.

"We can now look at what's going on and say in Kandahar and Helmand provinces things have gotten better, security-wise," he said.

"I think what is going to happen now is a lot of jockeying for influence and power," Gouttierre said.

Neumann points out that Ahmed Wali's official position, as chairman of the Kandahar Council, is not an inherently powerful post.

"Ahmed Wali's power was all in his tribal base, his commercial connections, his dominance of figures in the formal administration," Neumann said. "That's hard to replace."