Accessibility links
Will Christopher Robin Ever Grow Up? Winnie the Pooh's forever-young owner is trapped in an endless state of knowing he's about to grow up. He's 93 years old — someone free him from his childhood, already. 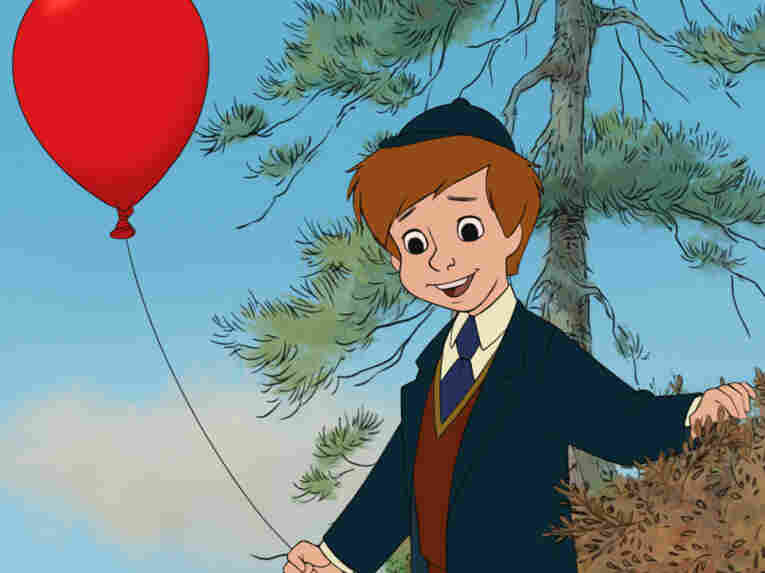 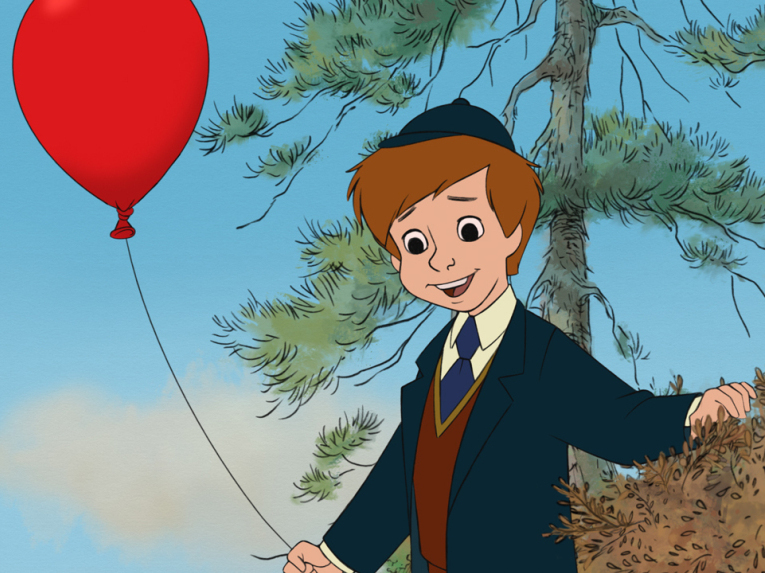 "Promise me you won't forget about me, ever. Even when I'm a hundred."
-Christopher Robin, The House At Pooh Corner (1928)

You may not have been aware, thanks to the media domination of a certain supposedly brave boy wizard who's never had to face a Heffalump, but there's a new Winnie The Pooh movie coming out this weekend. It's the fifth theatrical release for the bear of very little brain, but he, and his good-natured, agreeable owner Christopher Robin, have been around much longer.

Pooh is 87 years old. He first appeared as "Edward Bear" in A.A. Milne's 1924 poetry collection When We Were Very Young. Christopher Robin was six in that poem, so by my calculations that makes him 93. Almost a hundred, the age when he was so worried Pooh would suddenly forget about him.

But looking at the new movie, simply titled Winnie The Pooh, I'd say ol' CR looks pretty sprightly for a nonagenarian. You can see him in the trailer parading through the Hundred Acre Wood with reckless abandon and nary a wrinkle on his face. It's quite a welcome sign to see him and the rest of the animals entertaining small children once again, an antidote to the shrill, snarky Shrek-ification of modern family franchises.

But it's also more than a little disturbing.

The House At Pooh Corner is the book from my early grade school years that I have the most vivid memories of reading. I remember how obnoxious Tigger was — that bouncy, pouncy, flouncy, trouncy raging id who never stopped bragging about himself. I remember the degree to which I cracked up when Eeyore inadvertently sat on the sign Owl had made for his house, so that instead of "THE WOLERY" it read "THE SMEAR".

And I remember Pooh and Christopher Robin taking their walk through the Enchanted Forest, which was enchanted because no one could ever count the exact number of sixtysomething trees it contained. You know which walk I'm talking about: when Christopher tries to impart lasting wisdom to Pooh without ever coming right out and saying that their time together is not long for this world. Like breaking bad news to a small child (well, small-er child), he skirts around what's really on his mind, leaving Pooh very confused but nonetheless sensing that he is witnessing something very sad.

"Pooh," said Christopher Robin earnestly, "if I--if I'm not quite --" He stopped and tried again. "Pooh, whatever happens, you will understand, won't you?"

It was gut-wrenching. Here I was, in first grade and surrounded by my own stuffed animals, reading a story about a boy my age coming to terms with outgrowing his own stuffed animals. If there is such a thing as a 1/12-life crisis, I probably had one while reading the final chapter of The House At Pooh Corner.

The "Christopher Robin is growing up" story cycle has been played out numerous other times over the Pooh franchise. Remember Pooh's Grand Adventure: The Search For Christopher Robin? It was probably the most fatalistic, existential direct-to-video feature Disney's ever made — the plot is set in motion by the animals' fundamental misunderstanding of the word "school," so we know their entire quest to find their owner is doomed from the start. And then to drive the point home even further, Pooh sings this:

Note to Disney: If your goal in making this movie was to create a generation of Eeyores, you succeeded. Congratulations.

But back to the issue at hand, which you will remember concerns Christopher Robin. How much can one boy realize he's about to leave his childhood behind without actually going and doing it?

It's eerie to keep returning to this kid when he's on the cusp of emotional maturity, to watch the animals become distraught over his time away from them again and again. It's not like Christopher's made a steadfast resolve to never grow up, like Peter Pan, or is by nature an ageless being like Pooh himself. Christopher Robin is aware of his childhood's imminent end. To have to keep reliving his limbo state over nearly a century must be some sort of personal hell for him, like the ending of Being John Malkovich. At least Pixar had the mercy to let Andy, the little boy at the heart of the Toy Story films, age gracefully.

So Disney, heed my conflicted compliment sandwich: Thank you for bringing Pooh, Piglet, Owl and — yes — even Tigger back to theaters. Thank you for teaching kids everywhere that it's OK to embrace simple pacing and pleasant woodland critters over eardrum-rattling explosions and hideous giant robots.

But for the love of all that is good and Hunny, please let Christopher Robin grow up. Have him hand down Pooh and the gang to his long-lost cousin Christina Robin, or have him fight the encroaching outside world, Calvin And Hobbes-style. He's been six forever. He's Robin Everlasting.

The Hundred Acre Wood will still be there whenever Christopher decides to visit — it'll just look a little smaller. But Pooh will survive. And (see, here's the other slice of compliment-bread), just like he promised all those years ago, he won't forget. How could he? Christopher Robin's the best friend a bear could ever have.